Wide receiver Greg Jennings has announced his retirement from the NFL after 10 seasons. 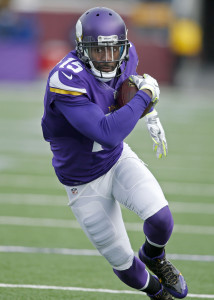 Jennings became a free agent in March when he was cut loose by the Dolphins. The 32-year-old Jennings was widely expected to be a cap casualty this offseason, as the results of his first season with the Dolphins was wholly uninspiring. He posted career-lows in nearly every statistical category, catching just 19 passes for 208 yards and one touchdown. After terminating the final year of Jennings’ two-year contract, Miami saved $4MM on its salary cap while incurring $1.5MM in dead money.

The Kalamazoo, Michigan native appeared in all 16 regular season games for the Dolphins last season but it was clear that he was not as sharp as he had been in previous years. Jennings saw a career low in targets (36) and receptions (19), totaling just 208 yards and one touchdown.

While things didn’t go as planned in Miami, Jennings will be remembered for the quality seasons that he enjoyed in his prime, particularly with the Packers. From 2007 through 2011, Jennings averaged 1,108 yards and nine touchdown grabs per season for Green Bay. In 2010 and 2011, Jennings earned Pro Bowl nods for his exceptional play. More importantly, Jennings helped the Packers capture a championship ring in 2010. After the 2012 season in Green Bay, Jennings joined up with the rival Vikings and delivered two productive seasons.

Could the Falcons be considering a local standout with their first-round pick? D. Orlando Ledbetter of the Atlanta Journal-Constitution writes that pass rusher Leonard Floyd, who was born in Atlanta and played his college ball at Georgia, is paying a visit to the Falcons on Friday. Tony Pauline of DraftInsider.net (Twitter link) reports that the Falcons also hosted Indiana tackle Jason Spriggs on a visit this week, while Jordan Raanan of NJ.com tweets that Stony Brook defensive end Victor Ochi is in Atlanta today to meet with the team.

Let’s round up a few more updates from across the NFC….

7:38pm: Armando Salguero of the Miami Herald reports that the Suh restructure saves the Dolphins $18.18MM in 2016, while reworking Misi’s contract created another $1.7MM. Add in the $4MM saved by the release of Jennings, and Miami should now have ~$14.9MM in cap room (though, by using Over the Cap‘s figures, that number is closer to $20MM). 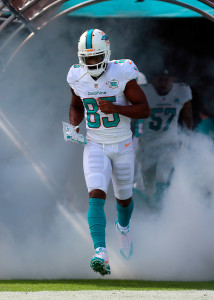 The 32-year-old Jennings was widely expected to be a cap casualty this offseason, as the results of his first season with the Dolphins was wholly uninspiring. He posted career-lows in nearly every statistical category, catching just 19 passes for 208 yards and one touchdown. Jennings signed a two-year contract prior to the 2015 season that did contain some signing bonus money, so while Miami will save $4MM on its salary cap, it will also incur $1.5MM in dead money.

That $4MM savings is a relative pittance compared to what the Dolphins figure to save by restructuring the contract of Suh, however. Suh, entering the second year of his deal with Miami, was set to count $28.6MM against the cap in 2016, the second-highest cap figure in the NFL behind only Drew Brees. But Suh’s pact contains a built-in restructure option for the Dolphins, and as we learned in January, the club had been fully expected to exercise that clause.

The Dolphins didn’t announce the exact terms of the Suh restructure, but as Jason Fitzgerald of Over the Cap noted in that link above, Miami could create about $18MM worth of cap space by doing a full restructure — converting most Suh’s base salary into a signing bonus and spreading that hit over the course of the next several seasons. Such a drastic move is obviously kicking the can down the road, but if the Dolphins want the cap room necessary to be aggressive in free agency, it may have been their only option. 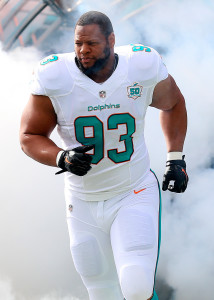 Misi had reportedly agreed to rework his deal earlier in the week, and while no specific terms of the new deal have been announced, previous reports indicated that no additional years would be added to Misi’s contract, which runs through 2017. As such, Misi has likely agreed to a simple paycut that will lower his cap charge from its current $4.88MM, perhaps in exchange for some increased guarantees.

As a result of these three moves, the Dolphins should now have around $20MM to work with when free agency begins on March 9.

A day after word broke that free agent running back Ahmad Bradshaw will face a one-game suspension to open the 2015 season, agent Drew Rosenhaus tweets that his client is “back to full health and totally cleared” after fracturing his ankle last season. Bradshaw’s injury history and his suspension will diminish his market, but he has continued to be effective when he’s played, averaging 4.6 yards per rush on 352 carries from 2012 to 2014.

Tashaun Gipson, the last of this year’s restricted free agents to sign his contract for the 2015 season, wasn’t pleased about receiving a second-round tender instead of a first-round tender, but he’s happy to play on the one-year deal if he and the Browns don’t reach a longer-term arrangement, writes Matthew Florjancic of WKYC. However, while he says he’s “perfectly fine” with his current contract, he’s also looking ahead to the possibility of a larger payday in free agency, as he suggests to Florjancic.

“At the end of the day, my rookie contract was less than this tender. So on the bright side about it, I’m going to make more money than I’ve ever made, so I can’t complain about that,” Gipson said. “But, yeah, absolutely, I would say, ‘Hey, man. You see the way that guys are getting paid. The safety position, it’s changing drastically. The top five guys are all getting paid $9MM+.’ That type of stuff, it entices you and it says, ‘Hey, man. There’s light at the end of the tunnel.'”

Florjancic passes along a handful of comments from Gipson, who continues to say that he’d like to stay in Cleveland, if possible. But it sounds as if the young safety won’t necessarily be accepting a hometown discount to remain with the Browns. Gipson, 24, pointed to former Browns defensive backs like T.J. Ward and Buster Skrine, suggesting that he recognizes the business side of the game can often result in players changing teams.

Jaguars GM David Caldwell isn’t opposed to trading a draft pick for a veteran player. “Depends on the player,” he told Ryan O’Halloran (on Twitter) and the rest of the Jaguars’ beat writers. But how about Vikings running back Adrian Peterson?

“He’s on the Vikings,” the GM said flatly.

Caldwell declined to really comment on AD, but he had plenty more to tell the group of local reporters. Here’s a look at the highlights of his presser..

When Greg Jennings reached a contract agreement with the Dolphins earlier this week, we learned almost immediately that it was a two-year, $8MM pact. Now, Alex Marvez of Fox Sports has a breakdown of the specifics. Per Marvez (Twitter link), the wideout’s deal features a $3MM signing bonus, base salaries of $900K (2015) and $3.9MM (2016), and annual workout bonuses of $100K. That means Jennings’ cap hit for this season should be $2.5MM before jumping to $5.5MM in ’15.

According to Tom Pelissero of USA Today (via Twitter), before the Vikings released Jennings, they offered him a pay cut to $4MM, plus $3MM in incentives. However, that offer didn’t include any guarantees, so it makes sense that the veteran would elect to hit the open market instead.

Here are a few more Friday morning items out of the NFL’s East divisions:

THURSDAY, 11:39am: The Dolphins have officially signed Jennings, the team announced today (via Twitter).

WEDNESDAY, 4:50pm: The Dolphins will sign wide receiver Greg Jennings, according to Rand Getlin of Yahoo Sports (on Twitter). It’s a two-year, $8MM deal, according to Mike Florio of Pro Football Talk.

In Jennings, the Dolphins have added a veteran receiver to take the lace of Mike Wallace, who was traded to Minnesota earlier this offseason. The veteran will join fellow receivers Jarvis Landry and Kenny Stills in Miami and figures to serve in a mentor/mentee role with them. Miami has moved on from Wallace, Brandon Gibson, and Brian Hartline, so he will be very much needed in Miami, even though he won’t be the No. 1 or No. 2 target.

Jennings was catching passes from a combination of Matt Cassel, Christian Ponder, and even Josh Freeman during his first year with the Vikes, and never appeared to be an ideal fit. Even after Teddy Bridgewater emerged as the starter in 2014, Jennings’ production was unspectacular — he recorded just 59 receptions for 742 yards last season. That’s a far cry from his best work. During the three seasons in which he played all 16 games, from 2008 to 2010, Jennings posted three straight 1,100-yard seasons, averaging about 75 receptions, 1,223 yards, and eight touchdowns per year.

Within the last few weeks, the 31-year-old was also linked to a number of other receiver-needy teams, including the Panthers, Jaguars, and Saints. Recently, PFR’s Luke Adams examined Jennings’ free agent stock and noted that the Dolphins were a logical fit.

Jennings indicated on March 31st that he was close to wrapping up the free agency process and on April Fools Day he teased that he would announce his decision. Things may have taken longer than expected to materialize, but Jennings has found a home in South Florida.