After helping Jared Goff establish career-highs in completion percentage (64.9-percent), passing yards (4,688) and touchdowns (32), Taylor was hired as the Bengals new head coach earlier this month. Since that time, McVay and the Rams have been searching for a replacement. Schefter notes that the decision ultimately came down to Robinson and former NFL quarterback Bruce Gradkowski.

Robinson will see what he can do with one of the most desirable non-coordinator gigs in the league. The 32-year-old originally joined the NFL as a player, as he was a seventh-round pick by the Patriots back in 2010. He ended up having brief stints with the Seahawks, Lions, and Bengals before hanging it up in 2013.

Since that time, Robinson has spent time as an analyst for Pro Football Focus, and Schefter notes that he’s also been working as a “QB trainer.” Now, he’ll have a chance to take these experiences to the coaching circuit. One of his first duties as the Rams assistant quarterbacks coach will be working with the front office to find a backup for Goff. Former third-rounder Sean Mannion is set to be a free agent this offseason. 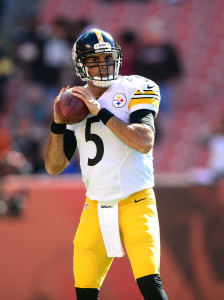 Injuries have been problematic lately for Gradkowski, who landed on IR last month after he suffered a hamstring tear. He previously spent all of last season on IR with shoulder and hand injuries. Nevertheless, Pittsburgh re-signed the journeyman in May, although it only gave him $80K in guarantees on a deal that could have been worth $965K.

Gradkowski joined the Steelers in 2013 and ultimately never attempted a regular-season pass with the club. For his career, the former Toledo Rocket has completed 375-of-709 passes for 4,057 yards, 21 touchdowns and 24 interceptions.

Gradkowski’s exit won’t have an effect on the Steelers’ depth chart, where they’re deep at quarterback. Pittsburgh has experienced backups Landry Jones and Zach Mettenberger behind Ben Roethlisberger. 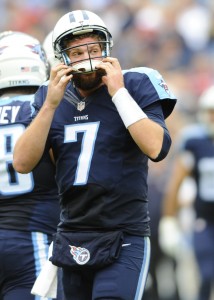 The Steelers could find themselves on the market for a quarterback as the season approaches. Today, the team learned that backup Bruce Gradkowski has suffered a sizable hamstring tear, according to a source who spoke with ESPN.com’s Jeremy Fowler.

As shown on Roster Resource, the team’s quarterback depth chart also features Landry Jones and free agent addition Dustin Vaughan. While Jones is considered to be Ben Roethlisberger‘s primary backup, Vaughan has never taken an NFL snap. Pittsburgh may want to have a more proven third-string option at QB and one has to imagine that they will examine the free agent and trade markets with that in mind.

Gradkowski, 33, missed all of 2015 with shoulder and hand injuries and it sounds like 2016 could also be a lost year for him. For his career, Gradkowski has completed 375-of-709 passes for 4,057 yards, 21 touchdowns, and 24 interceptions. Gradkowski has never completed more than 55% of his passes in a season.

THURSDAY, 9:51am: Gradkowski’s one-year deal is worth $965K with $80K guaranteed via his signing bonus, a source tells Adam Caplan of ESPN.com (via Twitter).

MONDAY, 8:18am: The Steelers have officially announced their new deal with Gradkowski.

SUNDAY, 6:30pm: Despite spending last season on the Steelers’ IR, Bruce Gradkowski will be heading back to Pittsburgh with a new contract. The Steelers intend to sign the veteran backup on Monday, Alex Marvez of FoxSports.com reports (on Twitter).

It’s a one-year deal for Gradkowski, per ESPN.com’s Jeremy Fowler (on Twitter).

He’ll vie for Ben Roethlisberger‘s backup job with Landry Jones, Marvez reports. GM Kevin Colbert said last week the team wouldn’t sign another quarterback until after the draft. Gradkowski worked out for the Steelers recently — a showcase Cobert deemed “satisfactory” — but the team elected to wait before signing him.

Gradkowski’s injury created uncertainty behind Roethlisberger before a season in which that position became incredibly relevant. It induced Pittsburgh to sign Michael Vick, and the now-journeyman reserve did not fare well in relief of Roethlisberger despite being given the first chance. Jones started two games after the Steelers demoted Vick, who started three, but didn’t perform much better. The offense ground to a near-halt under Vick, but he did complete 60% of his throws before Jones connected on 58% of his before Roethlisberger reclaimed his starting job.

However, Gradkowski has never completed more than 55% of his passes in a season. Signing with the Steelers before 2014, the now-33-year-old Gradkowski is also 6-14 in starts — which came for the Buccaneers, Browns and Raiders from 2006-10. Since, the former sixth-round Bucs pick in 2006 served as a backup for Andy Dalton prior to coming to Pittsburgh.

The Steelers announced that they have placed quarterback Bruce Gradkowski on the IR, Adam Caplan of ESPN.com tweets. The move clears a roster spot for Michael Vick, who now has a much better chance of sticking with the club long-term.

Gradkowski, 32, was expected to serve as Ben Roethlisberger‘s primary backup in 2015. However, the veteran dislocated a finger on his left hand in this weekend’s preseason game and the injury was apparently bad enough to end his season before it could start.

The 32-year-old has traveled the league over the course of his career, enjoying stints with the Bucs, Browns, Raiders, Bengals, and Steelers. Last year, Gradkowski appeared in only one regular season game for the Steelers. In the playoffs, Gradkowski attempted three passes and completed two.

Steelers first-rounder Ryan Shazier looks like the “real deal,” according to Mike Prisuta of Steelers.com: “The Steelers knew Shazier was fast when they drafted him No. 1 from The Ohio State University. But since arriving on the South Side of Pittsburgh Shazier has gotten Maurkice Pouncey‘s attention with physicality in practice, stunned Bruce Gradkowski with leaping ability on the way to an interception and impressed Ben Roethlisberger as a potential defensive signal-caller someday. Shazier also has been running with the first-team defense since snap one of OTAs. He’ll still have to do it in pads this summer, but he created a consistent buzz this spring.”