Although the Raiders failed to lure ex-Packers executive Eliot Wolf to Oakland (Wolf ultimately accepted a new role with the Browns), they’re still aiming to hire a “young” assistant general manager and may also add an executive vice president of football operations, according to Jason La Canfora of CBSSports.com. Wolf would have seemingly been the ideal candidate for Oakland given his ties to general manager Reggie McKenzie, who is also a former Green Bay staffer. There’s no word as to whether the Raiders ever pursued yet another former Packers executive in Alonzo Highsmith, who — like Wolf — ultimately landed in Cleveland. No matter who Oakland hires, McKenzie is expected to share roster control with new head coach Jon Gruden.

After the Texans parted ways with offensive coordinator George Godsey yesterday, some in league circles believe head coach Bill O’Brien may simply assign himself play-calling duties, according to Aaron Wilson of the Houston Chronicle. O’Brien was already leading the Texans’ offense at various points during the season, so a move of this nature wouldn’t be a complete surprise. In such a scenario, Houston would likely reshuffle its offensive staff, including shifting wide receivers coach Sean Ryan to quarterbacks coach, per Wilson.

The 49ers‘ summit with Josh McDaniels occurred today, but the team did not meet with Patriots director of player personnel Nick Caserio, whom it was curious about pairing with the 40-year-old coach. A Caserio/49ers summit — one the team requested — did not appear on the San Francisco brass’ docket, either because the Patriots denied an interview request or Caserio turned down the offer, Matt Barrows of the Sacramento Bee notes.

A Patriots staffer since 2001, Caserio was a college teammate of McDaniels’ at John Carroll University. The longtime Patriots employee is signed through 2020 and interviewed for the Dolphins’ GM job in 2014. He makes approximately $2MM per year, Jeff Howe of the Boston Herald reports, adding that a 49ers job could interest the 41-year-old personnel man.

Howe notes the 49ers are hoping to bring Caserio aboard as their GM, writing interview requests will continue to come his way due to the Patriots’ success and his current job title permitting those requests. ESPN analyst Louis Riddick, Colts VP of football operations Jimmy Raye III, Panthers assistant GM Brandon Beane, Packers director of football operations Elliot Wolf and Vikings assistant GM George Paton represent the other candiates for the 49ers’ GM position. Raye will interview with the team on Sunday.

Here’s more from the NFL hiring period as the playoffs commence.

As we await the start of playoff football, let’s check out some assorted notes from around the NFL…

With the Senior Bowl wrapped up and all four AFC East teams in offseason mode as Super Bowl 50 nears, let’s look at the latest news coming out of the division, starting with the Dolphins.

The latest coaching staff-related news from around the NFL:

Marvez notes the second-year Bengals DBs coach will become the Dolphins’ new DC once the Bengals are eliminated from postseason play.

Marvez’s report comes on the heels of NFL.com’s Ian Rapoport tweeting Joseph will have options after the Bengals’ season is over, but the Dolphins would definitely be targeting him. Joseph is in the final year of his contract, although other outlets say he’ll wait to see where Bengals OC Hue Jackson lands before deciding on his own future.

Joseph has extensive seasoning as a secondary coach, presiding over the 49ers and Texans DBs from 2006-10 (in San Francisco) and 20 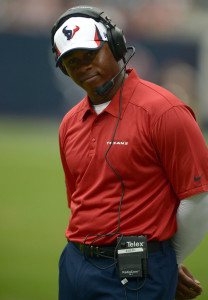 The Broncos attempted to interview the 43-year-old Joseph for their defensive coordinator position last season, but the Bengals didn’t permit the meeting, leading Denver to go with Wade Phillips.

Henderson already interviewed for the Browns’ head-coaching job, so a report linking him to another position coach job may be premature. He’s been the Cowboys’ secondary coach since 2012.

Burke finished his seventh season as a linebackers coach. He taught the Lions’ backers for five seasons before coming to Cincinnati.

Hurtt doesn’t have as much NFL experience, with 2015 representing his first season as a position coach. He was the Bears’ assistant defensive line coach in 2014.

Although Reggie Nelson‘s eight interceptions finished the 2015 season tied for the league lead, the Bengals enter their wild-card game with the 20th-ranked pass defense.

The Dolphins fired their defensive coordinator, Kevin Coyle, in October.

As 2015’s Super Bowl Media Day rolls on, let’s round up a few Tuesday notes from across the NFC….