WEDNESDAY: Both will indeed become co-DCs for the Saints. Nielsen agreed to a two-year contract as New Orleans’ co-DC, The Athletic’s Bruce Feldman tweets, while NFL.com’s Tom Pelissero notes Richard is ticketed to stay on as Saints secondary coach with the co-DC title added (Twitter link). Nielsen will remain the Saints’ D-line coach, and Pelissero adds special teams coordinator Darren Rizzi is now an assistant head coach with the team.

The Saints also announced quarterbacks coach Ronald Curry is now the team’s passing-game coordinator. Curry has been with the Saints for seven years. Doug Marrone is on track to be the Saints’ offensive line coach, a role he held from 2006-08, when he was also New Orleans’ OC.

MONDAY: Ryan Nielsen and Kris Richard are getting promotions in New Orleans. According to ESPN’s Jeremy Fowler (via Twitter), the pair of Saints defensive assistants are taking on new roles. The duo could be promoted to co-defensive coordinators, although the reporter cautions that nothing has been set.

Richard made a name for himself with the Seahawks, working his way up from an assistant to defensive coordinator. The coach ended up spending three years in that role before getting canned following the 2017 campaign. Since that time, the 42-year-old has worked as the Cowboys defensive backs coach and passing game coordinator, and he joined the Saints as their defensive backs coach in 2021. Richard met with both the Ravens and Steelers about their DC vacancies last month

Nielsen has been with the Saints organization since 2017, and he earned a promotion to assistant head coach in 2021. Prior to his stint in New Orleans, the coach was in the collegiate ranks, including a stint as defensive coordinator at Northern Illinois. We heard recently that Nielsen was a candidate for the DC gig.

The Saints have met with multiple outside candidates, including Michael Wilhoite and Aubrey Pleasant. Meanwhile, Pete Carmichael will be sticking around as offensive coordinator on Dennis Allen’s staff. 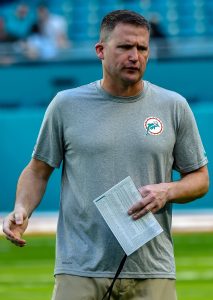 One of the league’s most respected special teams coaches is headed to New Orleans. The Saints have hired former Dolphins ST coordinator Darren Rizzi, according to Aditi Kinkhabwala and Ian Rapoport of NFL.com (Twitter link). New Orleans has officially announced Rizzi’s hiring.

This week, the Saints chose to move on from their previous special teams staff, which was headed by veteran guru Mike Westhoff. Rizzi will now step in after courting interest from multiple clubs around the league, including the the Bills, Jets, Lions, Packers, and Vikings.

In addition to serving as the Dolphins’ ST coordinator, Rizzi also carried the title of Assistant Head Coach. After the firing of Adam Gase, the Dolphins interviewed Rizzi for the job. When Rizzi didn’t get the gig, he resolved to move on.

The Saints’ dismissal of Westhoff was surprising to many, including Westhoff himself. In 2017, Westhoff’s first year with the team, the Saints’ ST unit improved from 25th in the league to 14th, per Rick Gosselin’s annual rankings. In 2018, they ranked second overall.

One of the other candidates for the position Brian Flores will soon take, Darren Rizzi‘s near-decade-long stay with the Dolphins will come to an end.

The Dolphins will not retain their longtime special teams coordinator, Barry Jackson of the Miami Herald reports. Miami will instead hire former Buffalo ST coordinator Danny Crossman to take over in that role, per ESPN.com’s Field Yates (on Twitter). 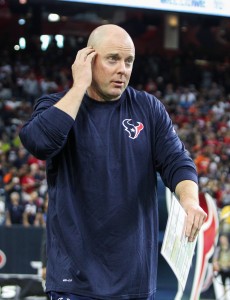 Additionally, former Texans OC (and 2018 Lions quarterbacks coach) George Godsey will be the Dolphins’ new tight ends coach, and former Fins wideouts coach Karl Dorrell will be back for a second stay in this job, Yates adds. Pat Flaherty will join the staff as offensive line coach, Alex Marvez of Sirius XM reports (on Twitter).

Flores wanted to move in another direction for his new team’s ST coach, per Jackson, who adds Rizzi also did not want to come back after being bypassed for the HC post. Rizzi, who has received significant interest on the market this offseason, may have a new gig soon. He is in advanced stages of negotiations with another team, Jackson notes.

While Flores’ arrival will mean most of Miami’s assistants will be new hires, running backs coach Eric Studesville will be back, per Marvez (on Twitter). So will defensive backs coach Tony Oden, Jackson adds.

In the event of a Rizzi exit, the Dolphins placed Crossman on their radar weeks ago, Marvez tweets. The Bills fired him after a six-year tenure as their ST coordinator. The Dolphins have been Rizzi’s only NFL employer, hiring him in 2010 and promoting him to ST boss a year later. Miami led the NFL with 11 punts blocked in that span.

Matt Patricia‘s continued overhaul of the Lions’ staff meant more Jim Caldwell-era holdovers were out. Godsey stayed on during Patricia’s first season, moving to quarterbacks coach in 2018. Flaherty had worked with Tom Coughlin in 14 of the past 15 years, mentoring the Giants’ O-line for 12 seasons and spending the past two slates working with the Jaguars’ blockers.

Dorrell was Miami’s receivers coach from 2008-10. Conversely to how things have been moving this offseason, with Adam Gase and Dowell Loggains going from the Dolphins to the Jets, Dorrell will head from the Big Apple to south Florida. He coached New York’s wideouts during each of Todd Bowles‘ four seasons. The Packers interviewed Dorrell for their WRs job, which remains vacant.