The Panthers will decline Jarius Wright‘s option for 2020, according to NFL.com’s Ian Rapoport (on Twitter). The move will save the club $3MM against the cap. 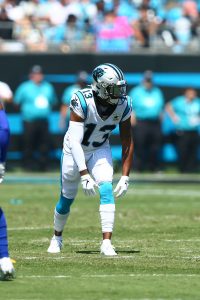 Had Wright’s option been exercised, he would have been in line for $1MM in guaranteed pay. Instead, he’ll look for work elsewhere after a so-so year. Wright, 31 in November, had just 28 grabs for 296 yards with no touchdowns in 2019. It was a drop-off from his 2018 season – his first with Carolina – when he had 43 catches for 447 yards and one score.

Wright spent his first six seasons with the Vikings and put together a solid stretch from 2013-15, recording at least 430 receiving yards in each of those seasons. But, once Stefon Diggs and Adam Thielen emerged, he slipped in the pecking order.

In other Panthers news, the club is reportedly planning to keep Cam Newton as its starting quarterback in 2020. They’ll also evaluate their options when it comes to cornerback James Bradberry, but the pending free agent will be chased by a number of clubs and a reunion with Ron Rivera could be in the cards.

Rob Gronkowski is arguably the greatest tight end of all time, and as the regular season winds down, we could be seeing the end of Gronk in a Patriots uniform, opines Tom Curran of NBC Sports. Curran breaks down all the drama between Gronkowski and the New England front office regime over the past couple of years, and thinks that the fact that Gronkowski has been severely underpaid for years played the main role in the thawing of the relationship.

Both sides are unhappy with one another, and the Patriots already tried trading Gronkowski this offseason. Given that they already deemed him non-essential before the season began it won’t be at all surprising if they want to move on at the end of the year, and it’s highly possible Gronkowski will want to move on as well, as Curran writes he’s grown tired of the ‘Patriot Way.’ Curran thinks the writing is on the wall that things are coming to an end, and Gronk is having a very disappointing season by his lofty standards. His body has been breaking down, and he hasn’t been his usual game-breaking self most times this season. If it is indeed the end, it’ll be an end of an era in Foxborough. 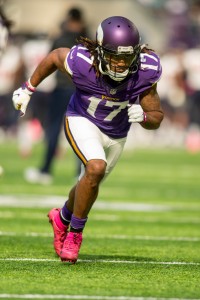 The Panthers have agreed to a three-year deal with Wright, Ian Rapoport of NFL.com reports (Twitter links), and will provide him with a $2MM signing bonus. The first year of this deal is worth $3.5MM with incentives, per Rapoport. Scott Fowler of the Charlotte Observer first reported a deal was imminent.

Wright follows Torrey Smith to Carolina, adding some veteran help for a young receiving corps that will see up-and-coming slot presence Curtis Samuel rehab from a season-ending injury this offseason. The Panthers also have veteran Russell Shepard under contract for 2018.

Minnesota released Wright but were open to having him back for a seventh season. However, the 28-year-old target opted for his first NFL agreement elsewhere instead. He pieced together a nice stretch from 2013-15, recording at least 430 receiving yards in each of those seasons. Wright posted a career-high 588 air yards in 2014 but regressed in the Vikings’ pecking order after Stefon Diggs and Adam Thielen‘s arrivals. He caught 18 passes for 198 yards and two touchdowns in 2017.

We learned earlier today that the Steelers signed Jon Bostic to a two-year deal as a potential fill-in for Ryan Shazier, and now we’ll take a swing around a few other north division clubs:

Receiver Jarius Wright‘s tenure with the Vikings may not be over, after all. ESPN’s Courtney Cronin tweets that the organization is interested in bring back the 28-year-old. The team released Wright yesterday, freeing up $2.64 MM in 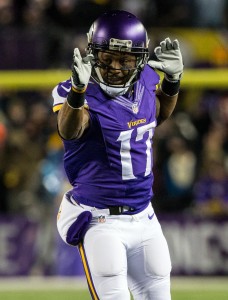 cap space (while counting towards $2.12 MM in dead money).

Wright was a solid contributor with the Vikings and earned a 75.1 grade from Pro Football Focus. If Wright does return to Minnesota, he’ll likely regain his spot on the depth chart behind Adam Thielen, Stefon Diggs, and Laquon Treadwell.

The Vikings continued their offensive reshuffling on Friday, announcing the release of sixth-year wideout Jarius Wright (Twitter link). According to Mark Craig of the Star Tribune, part of the timing with the move is to allow the receiver time to find another team (Twitter link).

The move helps free up cap space to allow the Vikings to sign the likes of Kirk Cousins and Sheldon Richardson. Wright was due a $3.6 MM base salary in 2018, and the move frees up $2.64 MM in cap space. He will count $2.12 MM in dead money.

Wright was a solid contributor with the Vikings and earned a 75.1 grade from Pro Football Focus.

Vikings head coach Mike Zimmer was hired to his post mostly because of his mastery in calling an NFL defense. Zimmer was the Bengals defensive coordinator for six seasons before making the jump to the head coaching ranks in 2014. Although, he’s still been calling Minnesota’s defensive plays for the past four years. However, that is something that may change come 2018, reports Andrew Krammer of the Star Tribune.

Krammer passes along that Zimmer almost gave up his playing calling duties this past year to defensive coordinator George Edwards. He ultimately decided against the move largely because of his success at calling defensive schemes for the past 18 years. Zimmer did express that Edwards is the main orchestrator of the team’s defensive game plan for the most part anyway.

“George does everything,” Zimmer said. “He helps with the game plan. He runs a lot of the meetings, the defensive meetings. Him and I really sit down and talk about all the different things that are going on. He studies the game just like he’s calling the game. So he’ll come in and talk to me about second down-and-whatever. ‘They’re doing this,’ or, ‘they’re doing that.’ Really, he does everything other than call the game on Sunday.”

Edwards used to call plays for the Bills back in 2011, but has taken a backseat in that regard in order to work as a member of Zimmer’s staff. This dynamic could be a subplot as we approach next year’s training camp because Zimmer appears to be letting go of the idea that he has to be the one making the final defensive decisions on Sundays.

“It’s a lot of work when you sit down and do it,” Zimmer said of calling plays. “I’ve done it for a long time. And because I have confidence in George, as well. I think maybe just the fact that, um, you know, I don’t know – I guess I’m just getting older.”

Here’s more stories from around the NFC North:

Earlier this year, Jarius Wright was the subject of trade rumors. As this year’s trade deadline approaches, however, the Vikings wide receiver says that he has not caught wind of any trade possibility, as Chris Tomasson of the Pioneer Press tweets. Furthermore, he says that he hopes to remain in Minnesota.

As it stands, Wright is slated to be with the Vikings for a long time thanks to the extension he signed about 13 months ago. Initially slated to finish out his rookie deal after the 2015 season, the four-year extension worth $14.8MM ($7MM guaranteed) should keep him in place through 2019.

Last season, Wright caught 34 passes for 442 yards. However, he’s been mostly relegated to the bench this season with Stefon Diggs, Charles Johnson, Adam Thielen, and Cordarrelle Patterson ahead of him. Wright has only seen the field in two games this season and did not get his opportunity until injuries carved a path for him.

“The only reason I was frustrated was I just know that I could help this team,’’ said Wright earlier this month (via Tomasson). “But I also have been in the league long enough to understand it’s a long season. But who would I replace? All the receivers have been making plays. … Sometimes it takes an injury to get a chance.’’

Wright, 27 in November, could get more of an opportunity elsewhere. But, as far as he knows, he’s not being shopped and wants it to stay that way.