This would have been one heck of a comeback. The Vikings worked out 41-year-old cornerback (and assistant coach) Terence Newman this past week, according to ESPN’s Adam Schefter and Field Yates (via Twitter). 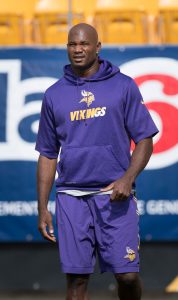 Minnesota placed corner Mackensie Alexander on the injured reserve earlier this week, ending his season. Alexander joined 2018 first-rounder Mike Hughes on the IR, as the 22-year-old was shelved earlier this month. The team needed some reinforcement at the position, but they ultimately opted to promote Nate Meadors from the practice squad.

While Newman hasn’t played since the 2017 season, there is a connection to Minny. The veteran played under head coach Mike Zimmer in Dallas (2003-06), Cincinnati (2012-13) and Minnesota (2015-17). Since his retirement, Newman has been serving as an assistant on the Vikings coaching staff.

Newman, the fifth-overall pick in the 2003 draft, played 15 seasons in the NFL. He finished his career having compiled 745 tackles, 42 interceptions, eight forced fumbles, and three touchdowns.

A 15-year veteran, Newman agreed to terms with the Vikings earlier this year on a one-year deal that would allow him to play an age-40 season. He will turn 40 in three days. Prior to this announcement, he was the NFL’s oldest defensive player.

Mike Zimmer coached Newman for most of his career, so it stands to reason the former first-round pick would be a quality addition to Minnesota’s staff. A 2003 Cowboys first-round pick, Newman played nine seasons in Dallas before latching in with Zimmer — his original DC with the Cowboys — with the Bengals in 2012. Newman caught on the with the Vikings in 2015, Zimmer’s second HC season, and served as first a starter then a nickel defender.

Newman’s 42 receptions represent the most among active players. The Kansas State product started 205 of the 221 career games he played and made two Pro Bowls — both for Cowboys playoff teams in the late 2000s.

One of four first-round picks among Minnesota’s cornerback contingent going into the preseason, Newman will step aside and let the younger highly valued cogs lead the Vikes’ coverage effort. Mike Hughes joins the Xavier Rhodes–Trae Waynes starting duo this year, and former second-rounder Mackensie Alexander is also still with the team.

Newman presumably will provide additional instruction to this group, only doing so in Vikings coaching gear rather than in shoulder pads.

The Seahawks released defensive end Cliff Avril with a failed physical designation yesterday, but it doesn’t sound like the decision was an easy one. Speaking with reporters following the first day of rookie minicamp, coach Pete Carroll reflected on the veteran’s impact on the organization.

“He’s been a great leader. He’s been a bit of a statesman for us. He always says the right thing, stands for the right stuff and been a really high character guy that you can always count on,” said Carroll (via ESPN’s Brady Henderson). “A great competitor in the program. I love him and would like to keep him connected with our club as long as we can because he’s just exactly what you hope to represent you. He’s had a great career with us.”

Avril, 32, said he wants to continue his NFL career.

Terence Newman To Retire After Season

Terence Newman will return for his age-40 season, but he’s not planning on going much further. The veteran says that he has no designs on extending his career beyond 2018. 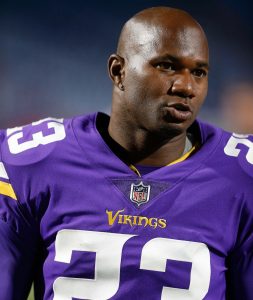 “I think this will be my last year no matter what happens,’’ Newman said (Twitter link via Chris Tomasson of the St. Paul Pioneer Press). “After 15 years, I’ve soaked as much as I can in. It’s been a heck of a ride. I understand when it’s time for me. I’m not going to put an onus on doing anything special.”

Newman entered the league as the No. 5 overall pick of the 2003 NFL Draft. He is one of three active players remaining from that class and that number will be reduced to two if Cowboys tight end Jason Witten retires to begin his broadcasting career. Ravens linebacker Terrell Suggs is the only other player from the ’03 class still hanging on. 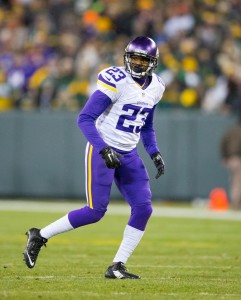 The Vikings are working on a deal that would bring Terence Newman back to the Twin Cities, Chris Tomasson of the St. Paul Pioneer Press tweets. Newman has expressed a desire to not only return for his age-40 season but do so with the Vikings. However, Tomasson confirms a previous report that money is an issue for a potential re-up. Newman made $3.58MM in 2017. Minnesota reached an agreement to re-sign Marcus Sherels and has Mackensie Alexander back for a third year behind their the team’s starting duo. Newman played in 16 games last season and remained a mid-tier corner in the opinion of Pro Football Focus despite his age.

Here’s the latest from the North divisions as we enter draft month.

Allen Robinson narrowed his potential destinations to the Bears and Packers before ultimately deciding on Chicago, as the star wideout tells Mike Kaye of First Coast News. While a number of clubs — including the Redskins, Browns, Ravens, Panthers, and incumbent Jaguars — were linked to Robinson before free agency officially opened, Green Bay was never mentioned as a suitor. The revelation is interesting on a few different levels, but chief among them is that the Packers clearly feel a need to upgrade their receiving corps. So far this offseason, Green Bay cut ties with franchise icon Jordy Nelson, but hasn’t made any additions to its wideout depth chart. Robinson, 24, eventually landed a three-year, $42MM deal from the Bears.