Despite authorizing a seven-year contract to lure Matt Rhule from Baylor, Panthers owner David Tepper cut the cord this week. Tepper did so less than three years after he outmuscled the Giants for Rhule, who was believed to have preferred the Giants job to the one he ended up taking. After the Giants sent a private plane for Rhule’s January 2020 interview, Tepper upped his offer from six years to seven, according to Joe Person of The Athletic (subscription required). The seven-year, $62MM contract ensured Rhule never boarded that plane.

Although Rhule reached out to the Giants to see if they would match, John Mara viewed such a contract as exorbitant for a coach without much NFL experience. Still, the Giants preferred Rhule to Joe Judge that year. The Panthers, who paid Baylor a $6MM buyout fee in 2020, will not be forced to pay out Rhule’s guaranteed $40MM-plus remaining. Carolina is on the hook for Rhule’s 2022 salary, but the remaining cash will be offset by the coach’s next college gig — whenever that comes to pass. Here is the latest from the Rhule dismissal:

Panthers In Mix For Matthew Stafford

Having recently hired former Texans and Lions quarterbacks coach Sean Ryan to the same position, the Panthers have an interesting connection to both of this year’s hot-commodity trade pieces. And the team appears to be considering both passers.

In addition to their Deshaun Watson pursuit, the Panthers are in on the Matthew Stafford sweepstakes, Joe Person of The Athletic tweets. They join the Rams and many others, with a previous report indicating as many as 12 teams have discussed Stafford with the new Lions regime, in this group.

Stafford, who will turn 33 next month, would bring appeal due to his lower trade price. But some Panthers staffers believe the former No. 1 overall pick is in decline, Person adds (subscription required). Such stances would make a pursuit interesting, especially given the makeup of Carolina’s roster. While the Lions are expecting a first-round pick in return for Stafford, the Panthers hold the No. 7 overall selection. That would be quite a price to pay for a rebuilding team.

The Panthers would seem to match up better with Watson, who is 25 and signed through the 2025 season. But Stafford would be a clear upgrade over Teddy Bridgewater as well. Two years and $43MM remain on Stafford’s contract, though he could well seek an extension from the team that acquires him.

Ryan coached Stafford over the past two years but was in Houston for Watson’s first two seasons, throwing an interesting variable into the mix. Ryan was on the radar for the Panthers’ OC job last year, but Matt Rhule ended up hiring Joe Brady.

Texans quarterbacks coach Sean Ryan is set to interview for the Vikings’ offensive coordinator job on Monday, according to Tom Pelissero of USA Today (on Twitter). The Vikings are considering a few other candidates for the role but it sounds like a hire won’t be made until next week, at the earliest. 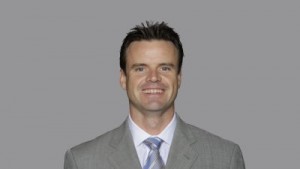 Ryan is the third candidate known to have an interview scheduled and the fifth coach connected to the job. The others in the mix are:

The Browns interviewed Ryan for their OC job earlier this month, but that job ultimately went to Todd Haley. Last year, rookie quarterback Deshaun Watson was phenomenal under Ryan’s tutelage, and the league has taken notice.

On the flipside, his lack of play calling experience could be a barrier. The Browns were reportedly waffling on giving Ryan that responsibility, but it was something that the 45-year-old was insistent on. Despite his many years of coaching experience, Ryan has never been an OC at any level.

The Browns have again landed the No. 1 pick, and after years of stalling, the franchise is expected to try its hand at a first-round quarterback again. But a third name might be creeping into the race alongside Josh Rosen and Sam Darnold. ESPN’s Mel Kiper Jr. projects (Insider link) Josh Allen to be the name called to go to Cleveland at No. 1, and a “high-level personnel executive” concurs. The NFL exec told Mary Kay Cabot of cleveland.com he expects John Dorsey to take Allen at No. 1 overall, and this anonymous decision-maker likens the Wyoming product to a young Ben Roethlisberger. Although, Rosen and Darnold — prior to the workout season — are viewed as readier prospects to run an NFL offense. Cabot notes the same exec told her two years ago the Browns would be set up for 15 years if they were to take Carson Wentz. A three-quarterback pursuit for said No. 1 pick, coupled with the anticipated plethora of available passers on the free agency and trade markets, would make this one of the more interesting offseasons in modern NFL history.

Here’s the latest out of the AFC North:

The Browns have requested permission to speak with Texans quarterbacks coach Sean Ryan for their vacant offensive coordinator job, according to Ian Rapoport of NFL.com (on Twitter). Ryan has worked closely with Deshaun Watson and the Browns are looking for someone who can mold a young quarterback in the same fashion.

The Texans still have to formally grant permission to Cleveland, but Houston head coach Bill O’Brien already indicated that he will not stand in the way of Ryan interviewing (Twitter link via Aaron Wilson of The Houston Chronicle). Ryan offers a great deal of NFL experience, having been with the Giants for nine years before joining the Texans in 2016. He served as the receivers coach in Houston in his first year before taking on the QB coach job last year. After Watson’s tremendous (yet injury-shortened) season, Ryan could now climb the coaching ladder with an OC opportunity elsewhere.

For the last two years, Browns head coach Hue Jackson has effectively been the team’s offensive coordinator. With just one win since the start of 2016, the team is looking to jumpstart its stagnant offense.