Before the start of last season, Jordy Nelson discussed a potential Packers return with Aaron Rodgers (via Jason Wilde of the Wisconsin State Journal). However, with the 2020 season on the horizon, the wide receiver insists he’s happy in retirement. 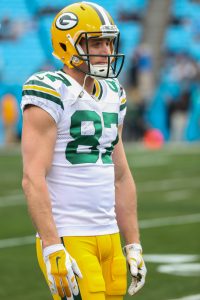 “We’re not coming back,” Nelson recently told Jason Wilde of the Wisconsin State Journal. “There’s no doubt about that. We’re done.”

Nelson, 35 in May, was released in March of 2018. After that, he hooked on with the Raiders, where he had 63 catches for 739 yards in his lone season in silver and black. The Raiders dropped Nelson last March and, two weeks later, he announced his retirement. Somewhere in that timeframe, Rodgers and Nelson chatted about un-retirement, but it sounds like the Packers front office wasn’t on board.

“I don’t know how serious they got, just because there’s only so much control that we had over it. There’s other people in the organization who make those decisions.” Nelson said. “So I wasn’t going to dive into a hardcore conversation unless I knew there was a chance to come back. I think [Rodgers] knew deep down that if there was an opportunity right after Oakland, I probably would have [returned]. But obviously it’s not up to us.”

Over the course of his career, Nelson snagged 8,500 receiving yards, 72 touchdowns, and a Super Bowl ring. He wasn’t in top form with Oakland, but he still managed 12.2 yards per catch, up from his career-low 9.1 average in his final Packers season.

Nelson admits that he had the itch to play football over golf last year, but he says he’s sticking with retirement.

In March, Jordy Nelson retired from the NFL. However, he could be talked out of it if Packers quarterback Aaron Rodgers asks him to return to the field.

“It would probably be hard to say no,” Nelson told NBC Sports’ Dan Patrick when asked about the hypothetical scenario.

As far as we know, Rodgers has not asked Nelson if he would be interested in coming back to football to play for the Packers once again. It’s also not clear if the Packers would have interest in Nelson, though they have a need at the position after losing Randall Cobb to the Cowboys in free agency.

Nelson, 34 in May, spent his entire career with the Packers until he was released by the club in March of 2018. After that, he hooked on with the Raiders, where he had 63 catches for 739 yards in his lone season in silver and black.

For his career, Nelson has more than 8,500 receiving yards, 72 touchdowns, and a Super Bowl ring to his credit. If the Packers would be interested in having him back, he could add to those totals in 2019. 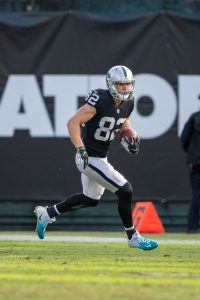 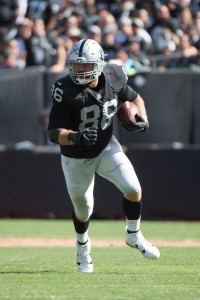 The Raiders have signed wide receiver Jordy Nelson, as first reported by his former teammate James Jones (on Twitter). It’s a two-year, $15MM deal with $13MM guaranteed. The news has been confirmed by Adam Schefter of ESPN.com (Twitter link).

Nelson was a cap casualty of the Packers, but several teams were eager to bring him into the fold. The Raiders beat out the Seahawks and Saints, who were also making a strong push for him.

The Raiders released Michael Crabtree on Thursday in order to make room for Nelson. At this stage of their careers, not everyone would prefer Nelson to Crabtree, although the Raiders’ new head coach obviously does. Nelson is coming off of his worst season, statistically speaking, since 2012. He caught 53 passes for 482 yards and six touchdowns. Crabtree, meanwhile, had his worst season as a Raider, though he had 58 grabs for 618 yards and eight TDs.

Nelson now slots in as the Raiders’ No. 2 wide receiver behind Amari Cooper, as shown on Roster Resource. Seth Roberts and Cordarrelle Patterson are also on the depth chart. It wouldn’t be surprising to see the Raiders continue to explore the wide receiver market for depth, though there will also be options in the draft.

This will be a chance for Nelson to bounce back. Although he was only selected to one Pro Bowl (in 2014) during his run as Aaron Rodgers‘ favorite target, Nelson became the Packers’ second-leading receiver scorer. Only Don Hutson caught more touchdowns as a Packer than Nelson’s 69. He has four 1,000-yard seasons to his credit, with the most recent coming in 2016 despite having suffered an ACL tear in 2015.

The former second-round pick and Super Bowl hero caught 97 passes for 1,257 yards and 14 TDs during his last full season with Rodgers, and the Raiders are clearly banking he can return to close to that level with this signing.

The Raiders are in the mix to sign Jordy Nelson, but it’s not a done deal just yet. Ian Rapoport of NFL.com (on Twitter) cautions not to count out the Seahawks in the Nelson chase, given John Schneider‘s history with the wide receiver.

In 2008, the Packers traded back with the Jets in the second round in order to select Nelson. Schneider was a big reason for that deal as he advocated for Nelson in the war room. Now, Schneider is at the helm in Seattle with a very real chance at signing the veteran.

The Saints, reportedly, are also pushing to sign Nelson. 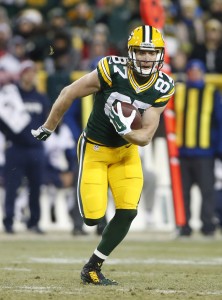