The Falcons are taking a low-risk flier on former first-round pick Charles Harris, but Atlanta is not committing itself to Harris beyond the 2020 season. The club will not pick up the fifth-year option on the defensive end, per Tom Pelissero of the NFL Network (via Nick Shook of NFL.com). 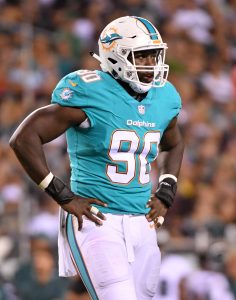 The option would have been worth just over $10MM, and though it would have been guaranteed for injury only, that was not a chance the Falcons were willing to take. Giving up a seventh-rounder for a pass rusher who is not too far removed from being a top draft choice is one thing; risking a big chunk of the 2021 salary cap on him is quite another.

Atlanta acquired Dante Fowler Jr. in the first wave of free agency in March, and the club is counting on him to build on his breakout 2019 campaign. Fowler, like Harris and Takkarist McKinley, is a former first-round pick, so the team has plenty of potential in its DE rotation, but it needs McKinley and Harris to start living up to that potential. Atlanta declined McKinley’s fifth-year option last week, putting him and Harris on track for unrestricted free agency at the end of the season.

Harris impressed in his final two seasons at Mizzou, combining for 30.5 tackles for loss and 16 sacks. Unfortunately, he wasn’t able to keep up the good work at the pro level. In three years with the Dolphins, Harris has just 3.5 sacks to his credit. He has also made just eight starts in his 41 games, and despite earning some praise from Miami head coach Brian Flores during last year’s training camp, that praise did not translate into on-field results.

The Dolphins have agreed to trade defensive end Charles Harris to the Falcons (Twitter link via Jason Butt of The Athletic). In exchange, Atlanta will send a 2021 seventh-round pick to Miami, Tom Pelissero of NFL.com tweets. 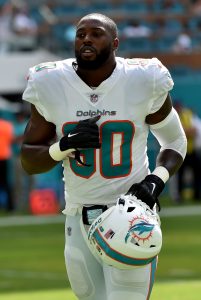 The Dolphins have been doing some spring cleaning with former first-round picks this week. On Thursday, they released defensive lineman Taco Charlton. Today, they’re moving on from Harris, who was the No. 22 overall pick in the 2017 draft.

The 6’3″ edge rusher impressed in his final two seasons at Missouri, combining for 30.5 tackles for loss and 16 sacks. Unfortunately, he wasn’t able to keep up the good work at the pro level. In three years, Harris has just 3.5 sacks to his credit. He’s also made just eight starts in his 41 games.

Now, with reduced expectations, he’ll try to get his career back on track with the Falcons. He’ll provide support behind Dante Fowler Jr., the former No. 3 overall pick who broke out just in the nick of time to find free agent riches. Harris, still only 25, is under contract for just $1.94M this season.

Without Harris, the Dolphins will forge ahead with Shaq Lawson and Emmanuel Ogbah as their top bookends. Ogbah inked a two-year, $15MM deal to take his talents to South Beach in March. Lawson, who notched a career-high 6.5 sacks with the Bills last year, agreed to a three-year, $30MM free agent contract.

Let’s take a quick swing around the AFC East:

This isn’t the first bump in the road for Jones and the ‘Fins. In 2016, he skipped a day of mandatory minicamp as he pushed for a new contract. In 2017, he secured a new deal, but he clashed with team brass once again in 2018 when he quit after ten snaps against the Jets.

While we keep an eye on Jones, here’s more from Miami:

The Dolphins have signed their first-round pick, former Missouri defensive end Charles Harris, according to a team announcement. As the 22nd overall selection, Harris will receive a four-year deal worth upward of $10.84MM, including a $6MM-plus signing bonus. 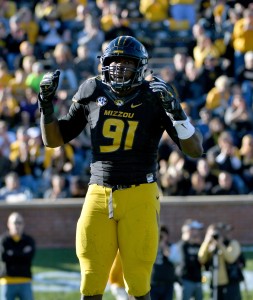 The 6-foot-3, 253-pound Harris debuted at Missouri in 2014 and developed into a force for the Tigers from 2015-16, combining for 30.5 tackles for loss and 16 sacks en route to a pair of second-team all-SEC selections over those two seasons. Now Harris, whom Lance Zierlein of NFL.com compares to Rams edge defender Connor Barwin, will give Miami another pass-rushing threat to join Cameron Wake, Andre Branch and William Hayes.

With Harris under contract, the Dolphins have now signed their entire seven-player draft class. After finishing last season 19th in the NFL in defensive DVOA, the Dolphins addressed that side of the ball with their first- through third-round choices, grabbing Harris, ex-Ohio State linebacker Raekwon McMillan and former Clemson cornerback Cordrea Tankersley.

The Bears played it close to the vest before making their Mitch Trubisky trade from No. 3 to No. 2, one that headlined the draft and one that may have the team’s power structure at odds. Chicago’s brass tried to throw teams off the scent early in the process by sending an armada of personnel to Deshaun Watson‘s pro day while orchestrating a secret dinner meeting with Trubisky, per Jeff Dickerson of ESPN.com. The Bears also “begged” Trubisky’s camp not to leak news of that summit, and that part of the operation succeeded. Ryan Pace followed Dave Caldwell‘s secretive playbook when he made the Blake Bortles pick few expected.

Here’s more from around the league as rookie minicamp sessions are upon us.

Some assorted draft notes from around the AFC…

With the draft roughly four hours away, let’s take a look at the latest from Tony Pauline of DraftAnalyst.com: