The Browns were originally scheduled to meet with Vikings offensive coordinator Kevin Stefanski on Monday, but they’ve moved that interview to today, reports Adam Schefter of ESPN.com (Twitter link). Stefanski, who was elevated to offensive coordinator in Minnesota following John DeFilippo‘s firing, is in consideration for Cleveland’s head coaching job. While the Vikings are still interested in retaining Stefanski, he’s no longer under contract. Meanwhile, the Giants — who attempted to lure Stefanski to New York last offseason — won’t pursue Stefanski this year, as head coach Pat Shurmur told Mike Francesa of WFAN (Twitter link via Ryan Dunleavy of NJ.com).

When the draft wraps up in any given year, a rash of pink slips are handed out to scouts around the league, who suddenly find themselves without work after helping make the draft a reality. But in addition to the usual scouting spring cleaning, the Raiders plan to make dramatic changes to the upper levels of their personnel department, according to Alex Marvez of the Sporting News. 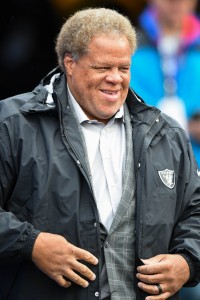 Per Marvez, Oakland is expected to add at least one new personnel executive to the front office, and Matt Miller of Bleacher Report tweets that Ed Marynowitz and Brian Heimerdinger are potential candidates for the job. Marvez also hears that player personnel director Joey Clinkscales could be on his way out. Clinkscales, who previously worked as Vice President of College Scouting for the Jets and who has been a GM candidate twice in his career, has been with the Raiders since 2012, but Marvez suggests that he might be headed to the Browns‘ front office.

Clinkscales joined the Raiders in 2012, and his longstanding relationship with Raiders GM Reggie McKenzie may have made the team a good fit for both men. But head coach Jon Gruden, who rejoined the silver-and-black this offseason, apparently wants to shake things up a bit throughout the department, which is not an uncommon development when a new head coach or GM comes on board.

Gruden now has final say on roster decisions, usurping a bit of McKenzie’s power, but McKenzie and Gruden both say that they are working well together. McKenzie said, “I got a feel for coach Gruden. We like the same type of players.”

A Raiders spokesman decline comment as to whether major changes are forthcoming.

Austin was a popular candidate for coaching vacancies last year but ultimately did not find a head coaching gig. After interviewing with the Browns, Dolphins, Giants, and Eagles, Austin indicated that he felt only two of the interviews were “legitimate” while the other two were only done to satisfy the Rooney Rule, which stipulates that a minority candidate must be interviewed for every job. Since the Browns hired a black coach in Hue Jackson, Austin presumably isn’t accusing Cleveland of interviewing him to fulfill the requirement.

The Bills installed Lynn as their OC in September after ousting Greg Roman. The Bills have been up-and-down this year, but they now stand at 6-6 despite injuries to key players. Lynn has had to run the Bills’ offense without star wide receiver Sammy Watkins for much of the year and teams will certainly take notice of his capable job despite the less-than-ideal circumstances.

Goodwin has made no secret of his desire to land a head coaching job. However, there are some factors working against him. First, the Cardinals offense has struggled this season. Secondly, despite rave reviews from those around him, Goodwin does not call the plays in Arizona, and that could deter interested teams.

Edwards was placed on the Pollard list for the first time last year and he returns this season. Like Goodwin, he does not call plays for his team despite the coordinator title. However, he comes with a strong recommendation from head coach Mike Zimmer and he did call the plays against the Cowboys when Zimmer was recovering from surgery. With Edwards at the wheel, the Vikings allowed just 17 points against one of the league’s most electric offenses.