We now know who the third man is. Dez Bryant and Brandon Marshall are making trips to New Orleans to work out for the Saints, and on an interestingly high-profile list that’s been steadily forming Monday night, so will Kamar Aiken. 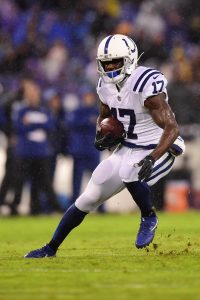 A veteran who played in five games for the Eagles this season, Aiken will join Bryant and Marshall for this audition, Ian Rapoport of NFL.com tweets. Though he’s considerably behind the other two in accomplishments, Aiken’s only in his age-29 season. Bryant, though, just turned 30. Marshall is 34.

Aiken’s known for his time with the Ravens, but he hasn’t found much success since. With the Colts last season, the slot target caught just 15 passes for 133 yards. His 2015 Ravens season produced 75 receptions, 944 yards and five touchdown grabs — all career highs.

Despite their 7-1 record and No. 7-ranked passing attack, the Saints are doing their due diligence with some recognizable pass-catchers.

The Eagles released wide receiver Kamar Aiken, per a club announcement. Aiken’s release will make room for defensive tackle Bruce Hector, who has been promoted from the practice squad. 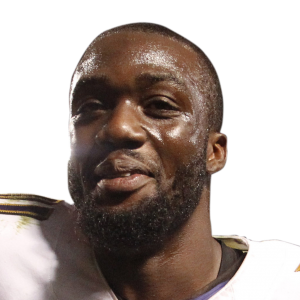 Aiken is best known for his 2015 season in which he put up nearly 1,000 yards with the Ravens. The former undrafted free agent hasn’t done much lately, however. In 2017, he was in line to be the Colts’ No. 2 wide receiver, but he finished out with just 15 receptions for 133 yards.

Philadelphia originally inked Aiken to a pact this summer, but dropped him during final cutdowns. Then, prior to Week 2, he was re-signed. In five games this year (one start), Aiken had six catches and 53 yards for the Eagles.

Hector, 24, joined the Eagles as a UDFA in May. He was on the roster for four games this year before being stashed on the practice squad, and he’ll look to record his first official statistic in this go ’round.

Haloti Ngata hasn’t played since Week 4 and is questionable for this week’s game against the Panthers, so Hector will be on hand for additional depth. If Ngata can’t go, Hector could see time behind Fletcher Cox and Treyvon Hester.

The Eagles have re-signed wide receiver Kamar Aiken, according to Field Yates of ESPN.com (Twitter link).

Philadelphia originally inked Aiken to a pact this summer, but released him during final cutdowns. He didn’t garner any known interest over the past week, except from the Eagles, who worked him out on Monday.

Aiken, 29, posted a disappointing 2017 campaign: instead of running with the Colts’ second wide receiver job, Aiken managed only 155 receptions and 133 yards in 15 games (seven starts). His last meaningful production came in 2015, when the former undrafted free agent put up nearly 1,000 yards with the Ravens

Philadelphia currently has six receivers on its roster, but Alshon Jeffery is expected to be sidelined for several more weeks. Nelson Agholor, Mike Wallace, and DeAndre Carter saw most of the work in the Eagles’ season opener, while Shelton Gibson and Markus Wheaton are also on the club’s roster.

Unattached despite being the first wide receiver taken in the 2016 draft, Corey Coleman‘s generating interest from some successful teams after both the Browns and Bills severed ties with him this summer.

Coleman’s working out for the Patriots on Monday and has a visit scheduled with the Eagles for Tuesday, Ian Rapoport of NFL.com reports (on Twitter).

The former Baylor standout already worked out for the Cardinals prior to Week 1. After seeing two injury-plagued years, the Browns traded Coleman to the Bills for a conditional 2020 draft choice. The Bills didn’t see enough from Coleman to give him a spot on their 53-man roster.

New England is thin at wide receiver but received a quality performance from scrutinized 2015 first-round wideout Phillip Dorsett on Sunday. Philadelphia is without Alshon Jeffery and Mack Hollins, with the latter residing on IR. The Eagles also worked out Kamar Aiken and Breshad Perriman on Monday, per Rapoport (on Twitter). Aiken was with Philly during camp but did not make the team.

Cowboys defensive tackle David Irving was not present for the start of the Cowboys’ training camp on Tuesday, sources tell Clarence E. Hill Jr. of the Star Telegram. Irving has been excused from team activities to address ongoing personal issues, according to those sources.

Irving, of course, has been suspended for the first four games of the season for violating the league’s substance abuse policy. It’s not immediately clear whether Irving’s absence is tied to any substance issues and, if so, whether those issues would affect his availability for Week 5.

The Eagles are signing wide receiver Kamar Aiken, according to a tweet from his agent. Aiken spent last season with the Colts, though you could be forgiven for forgetting that.

Aiken had a disappointing 2017. Instead of running with the Colts’ second wide receiver job, he managed only 155 catches and 133 yards in 15 games (seven starts). His last meaningful production came in 2015, when the former undrafted free agent put up nearly 1,000 yards with the Ravens.

We haven’t heard a ton about Aiken this offseason, save for his June audition for the Jets. With the Eagles, he’ll try to make the cut behind Alshon Jeffery, Nelson Agholor, Mike Wallace, Mack Hollins, and Markus Wheaton. He’s hardly a shoe-in for the roster, but the recent release of Marquess Wilson and Jeffery’s nagging rotator cuff injury may help his case.

Upshaw, 28, entered the league as an outside linebacker, but has since morphed into a defensive end/tackle hybrid (the same role he’d likely play in the Jets’ 3-4 scheme). After joining the Falcons in 2016, Upshaw recorded 23 tackles, one forced fumble, and a half-sack in 13 appearances (five starts). Last year, Upshaw had nine total tackles and one sack and played on just 226 snaps. His only known interest this year came from the Eagles, who met with him in early May.

Aiken, like Upshaw, posted a disappointing 2017 campaign: instead of running with the Colts’ second wide receiver job, Aiken managed only 155 receptions and 133 yards in 15 games (seven starts). His last meaningful production came in 2015, when the former undrafted free agent put up nearly 1,000 yards with the Ravens. In New York, he’d compete for time on a crowded wideout depth chart that also includes Terrelle Pryor, Jermaine Kearse, Robby Anderson, and Quincy Enunwa.

Both the Texans and No. 1 wide receiver DeAndre Hopkins would like to reach a long-term deal this summer, and odds are that it will happen, suggests John McClain of the Houston Chronicle (on Twitter). Hopkins, due to make $7.9MM as a fifth-year option player this season, became all the more important to the Texans’ cause for 2017 after No. 2 receiver Will Fuller suffered a broken collarbone Wednesday. Fuller’s multi-month absence could mean even more opportunities for Hopkins, who easily led the Texans in both targets and receptions in each of the previous two seasons. Despite having to catch passes from middling or worse quarterbacks throughout his career, Hopkins has a history of terrific production. Thanks to his output thus far, the 25-year-old looks poised to become one of the NFL’s highest-paid wideouts in the coming weeks.

Jets defensive end Muhammad Wilkerson took to Instagram in an effort to combat a recent report that he’s “terribly out of shape” (via Connor Hughes of NJ.com). “They say I’m fat and out of shape?” Wilkerson said while running on a treadmill. “Haha. Keep sleeping on me. I’m telling you.” It seems the scout who assessed Wilkerson’s conditioning was exaggerating, as photos (links here) the 27-year-old posted on Instagram earlier this month shoot down the idea that he’s in poor shape. Still, though, Wilkerson is coming off a disappointing 2016 – the first season of a five-year, $86MM contract – and could end up a cap casualty as early as next offseason if he doesn’t bounce back. Wilkerson notched 4.5 sacks last year (down from 12 in 2015) and ranked as Pro Football Focus’ 15th-worst qualified edge defender (109 qualifiers).