Not long after being let go by the Bengals, Fred Johnson has found a new home. ESPN’s Adam Schefter reports (on Twitter) that the Buccaneers are signing the offensive lineman to a one-year contract.

Johnson, 24, was tendered as a restricted free agent by Cincinnati, the only team he had played on during the first three seasons of his NFL career (which includes 23 total appearances and eight starts). However, by the time he signed that tender, the team was in a significantly different situation at the tackle position.

The Bengals signed former Cowboy La’el Collins as the third significant addition to their offensive line. With Collins at the top of the depth chart – along with backup RT Isaiah Prince and guard/tackle Hakeem Adeniji already under contract – Johnson became expendable. On the same day that he signed his tender, he was waived.

In Tampa Bay, the six-foot-seven, 326-pound blocker will join an offensive front which has undergone changes of its own this offseason. The team lost Alex Cappa to Cincinnati, and traded for Shaq Mason from the Patriots. The departure of the former is one of rather few notable losses this offseason, as Tampa has retained the likes of Tom Brady, Chris Godwin, Carlton Davis and Leonard Fournette in another attempt to make a Super Bowl run. 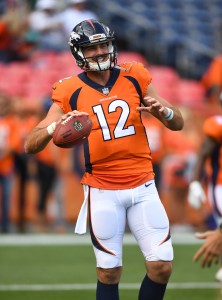 Now that the NFL draft is over, teams are beginning to sign undrafted free agents. As teams officially announce their entire UDFA classes, we’ll be posting them. The Steelers became the first team to make such an announcement, inking a crop of ten players:

The Steelers didn’t sign any of the biggest names available, but a few of the signings are notable. McMillan spent the first three years of his career at Virginia Tech before transferring to Colorado, and he had a very productive senior season. Last year he carried the ball 201 times for 1,009 yards and seven touchdowns. The last Colorado running back to sign as an undrafted free agent was Phillip Lindsay, and he ended up making the Pro Bowl. McMillan will be competing for a backup spot behind James Conner.

Wright is the all-time career points leader at UCF. The Steelers signing a kicker is notable because Chris Boswell struggled mightily last season. Boswell had been widely regarded as one of the league’s best kickers, but he collapsed last year. There was talk of the Steelers replacing Boswell mid-season during the 2018 campaign, and Wright should have a legitimate shot at unseating him in training camp.