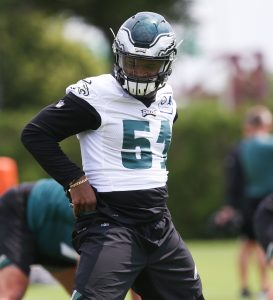 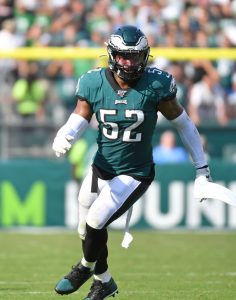 Jay Gruden does not anticipate returning to the sideline this season but will look at re-entering the coaching carousel in 2020, John Keim of ESPN.com reports. Gruden’s Redskins contract runs through the 2020 season. The former Bengals offensive coordinator has not ruled out returning to an OC post, if no franchise wants to give him the keys just yet. The recently fired Washington HC, who half-expected his firing to come after the Redskins’ Week 4 loss to the Giants, also addressed reports of discord between his staff and the team’s front office.

“I have mixed emotions about it,” Gruden said of the personnel issues, via Keim. “At the end of the day, if you’re not the GM, you have to accept the fact that you don’t get everything you want. You accept the players given to you. I had input in some areas, but there are some major issues there. It’s that way with most coaches. You don’t have that total say. It’s something you have to overcome and work with the guys you have.”

Here is the latest out of Washington, shifting first to how the team plans to handle its quarterback situation going forward:

The Redskins are going to release linebacker Zach Brown, a source tells Tom Pelissero of NFL.com (on Twitter). The Redskins unsuccessfully tried to move Brown in a trade, but he should find plenty of suitors now that he is an unrestricted free agent.

Brown, 30 in October, 96 tackles and one sack as the Redskins’ inside linebacker last season. The advanced metrics at Pro Football Focus were extremely high on him, grading him as the third-best LB in the NFL behind only Bobby Wagner and Luke Kuechly. Brown’s old contract ran through 2020, but it’s now a clean slate for the veteran and any interested clubs.

Brown, ultimately, saw this day coming. Back in December, after clashing with coaches, he said that he expected to be released in the offseason.

Brown would’ve counted for $8.75M against the Redskins’ cap. Instead, they’ll save $5.75MM while absorbing a dead cap hit of $3MM.

In an offseason that has been extremely lucrative for off-ball linebackers, Brown could be in line for a strong payday.

Mosley already figured to have a huge market with teams like the 49ers on his tail. The Redskins, meanwhile, figure to make a strong play for him while overhauling their own LB corps.

Brown was solid in his second season with the Redskins, but he also clashed with coaches. In December, Brown said that he expected to be released in the offseason.

Brown, 29, had 96 tackles and one sack as the Redskins’ inside linebacker last season. The advanced metrics at Pro Football Focus were extremely high on him, grading him as the third-best LB in the NFL behind only Bobby Wagner and Luke Kuechly. Brown’s contract runs through 2020, but teams could still have interest in acquiring him.

Foster, 30, has spent hte last four seasons with the Redskins. He’s dealt with injuries in the past, but he started in all 16 games last season en route to compiling 131 tackles, two interceptions, and a sack.

Zach Brown Expects To Be Cut By Redskins

Linebacker Zach Brown doesn’t expect to return to the Redskins in 2019, as Michael Phillips of the Richmond Times-Dispatch writes. Brown is under contract through 2020, but he was pulled from the starting lineup on Sunday and sees that as a sign.

According to coaches, Brown missed his first start of the year because he missed practice during the week. However, the linebacker says that doesn’t wash.

“I mean, if a guy’s sick, he’s sick,” Brown said. “What was I supposed to do, go out there and throw up for you? I had a stomach virus. Wasn’t nothing I can do. Last year I didn’t practice at all until Friday or Saturday with my knee injury, so it’s kind of contradictory what they’re saying.”

Brown joined the Redskins on a three-year, $21MM deal in March, but the Redskins can save $5.75MM by releasing him this offseason. The move would leave them with $3MM in dead money, but Brown believes the Redskins will make that tradeoff.

“I think they’re just going in a different direction towards everything,” Brown said. “I’m going this direction, they’re going that direction. I’ll talk to them, but right now I’ve just got to focus on beating Jacksonville.”

The 6-7 Redskins still have a 10% chance of reaching the playoffs, according to Five Thirty Eight, but they’ll need a few breaks plus three straight wins against the Jaguars, Titans, and Eagles to salvage the season. With journeyman Josh Johnson under center, that may be tough to pull off. If the Redskins fall short, major changes are likely coming, and that could include parting ways with Brown.

Zach Brown isn’t going anywhere. The Redskins have re-signed the free agent inside linebacker, according to JP Finlay of NBC Sports Washington (on Twitter). It’s a three-year deal worth up to $24MM, Ian Rapoport of NFL.com tweets.

Brown ranked as our No. 3 ranked linebacker heading into free agency, behind only Nigel Bradham and NaVorro Bowman. Bradham has since re-signed with the Eagles on a five-year, $40MM deal. Bowman, meanwhile, continues to look for his next team and with the incumbent Raiders having interest. Brown’s deal with the Redskins could facilitate a return to Oakland for Bowman.

Brown racked up 127 tackles last year and was vocal about his desire for a better deal. Last year, he settled for a one-year, $2.55MM deal with the Redskins. He’s back in D.C., this time with a pay bump.

In his first campaign with Washington, Brown appeared in 13 games and played on roughly three-quarters of the team’s defensive snaps. Pro Football Focus graded Brown as the league’s No. 51 linebacker among 88 qualifiers, a steep drop off from his 2017 production. As a unit, Washington’s defense ranked 29th in rush defense DVOA. Still, advanced analytics only mean so much to NFL front offices and Brown’s value was evident to the Redskins.