Bill Cowher (Still) Has No Interest In Coaching

Nearly 14 years after he coached his last NFL game, Bill Cowher‘s name continues to pop up in coaching rumors. Earlier this week, Cowher’s CBS Sports colleague, Boomer Esiason, indicated that Cowher could be interested in the Jets’ head coaching job that will be available once Adam Gase is fired, but Cowher denied that he has any interest in returning to the sidelines. 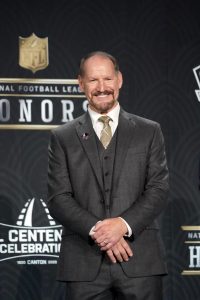 “I have too much respect for the coaching profession to talk about a job that isn’t open,” he said (via Rich Cimini of ESPN.com). “From that perspective, any job that is open, I have no interest in coaching.”

That has generally been Cowher’s refrain whenever he has been asked about resuming his coaching career, though he did concede back in 2016 that he had not entirely foreclosed the possibility. “You know what? I’ve never shut a door,” Cowher said at the time. “I don’t think you need to shut a door that you don’t need to. I’m very happy at CBS. I love what I’m doing. I’m 58 years old. I feel young. I still feel involved in the game. But this element of the game gives me a life that I was never able to experience before. … I never say never, but I’m very, very satisfied with where I’m at.”

Now 63, it would certainly be a surprise to see Cowher so much as take an interview for an HC gig, though he would likely find no shortage of suitors if he changed his mind. The Jets did express interest in his services back in 2009, but he subsequently withdrew his name from consideration, and New York ultimately pivoted to Rex Ryan.

Cowher served as the Steelers’ head coach from 1992-2006, taking home two AFC championships and one Super Bowl championship during that time. He was elected to the Pro Football Hall of Fame this year.

Matthew Slater is in the midst of his 13th NFL season. With the Patriots currently spending a week on the West Coast, the California (and UCLA) product is appreciating what could be the final homecoming of his career.

“I don’t know how many more chances I’m going to have to play football in California, where my dreams started as a kid. It certainly means a lot,” Slater told ESPN’s Mike Reiss. “For our team, it’s another game, and they’ll be the two biggest games of the season. It certainly carries a little extra significance for me, especially the second one, needless to say.”

Yesterday’s game against the Chargers marked Slater’s first game in Los Angeles since his final season at UCLA in 2007. As Reiss notes, Slater’s father, Jackie, spent 19 of his 20 NFL seasons playing in Los Angeles for the Rams.

During the pregame show for Saturday’s AFC Divisional Round matchup between the Titans and Ravens on CBS Sports, 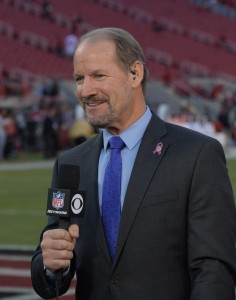 Cowher, of course, built his Hall of Fame pedigree as the head coach of the Steelers from 1992-2006. Following in the footsteps of another Hall of Fame coach, Chuck Noll, Cowher led Pittsburgh to 11 playoff appearances, 6 AFC Championship games, 2 Super Bowls, and a Super Bowl victory in his penultimate season with the team.

After just one more season, Cowher stepped down to spend more time with his family. Since he has served as an analyst with CBS Sports. While many teams have been rumored to make runs to get Cowher back on the field, it appears he is content with what he has accomplished.

In the end, Cowher finished his career with a 149-90-1 regular season record and a 12-9 postseason record.

Cowher Has No Interest In Coaching Giants

Every time a head-coaching position pops up, it seems like Bill Cowher’s name seems to surface. The former Steelers head coach and Super Bowl XL winner quickly quelled any possible talk of him heading to New York to take the Giants job, however, saying he has no interest to leave CBS to return to the sidelines, Justin Terranova of the New York Post writes.

Though it was unlikely Cowher, who is now 11 years removed from his last game, would be a candidate for the job, some thought if anyone could lure him away from TV it would be the Mara family. Cowher confirmed he was happy and content with his current profession, saying, “It’s not even about a team, it’s about lifestyle. Coaching is always going to be a great challenge and every building dynamic is different. I had the best job in football and I was able to step away and transition from it to a next phase of life, which, quite frankly, I am very, very comfortable with. I am in a very good place.”

In his 15-year run with the Steelers, Cowher amassed a 149-90 record and appeared in two Super Bowls, winning his final trip in his second to last season in the Steel City. Since leaving the game, he has often been among the first names mentioned for a vacant position, but the balance in lifestyle afforded to him by CBS has him in a good spot.

He did mention that whoever takes the job has tough to decisions to make with regards to Eli Manning and Odell Beckham Jr.’s future with the team.

Rams head coach Jeff Fisher doesn’t appear to be going anywhere, but there may be changes coming to his coaching staff in the coming weeks, writes Nick Wagoner of ESPN.com. A year ago, St. Louis was one of the last teams to make a change at offensive coordinator, and it doesn’t sound like Fisher is in a hurry to finalize changes this year either.

“We’ll start the evaluation process,” Fisher said. “Go back and we’ll discuss our restricted free agents, our unrestricted free agents and prioritize things from a coaching perspective. Then, we’ll get the ball rolling as far as the self-scouting and things like that. Separately from them, I’ll be dealing with when and if there’s going to be and potential staff changes.”

Rob Boras took over as the Rams’ interim offensive coordinator late in the season, and is a candidate to keep the job, but Fisher remains undecided on that position. As we wait to see which direction the team goes, let’s check in on a few more coaching-related notes from around the NFL…

Shortly after Doug Marrone opted out of his contract with the Bills, former Steelers head coach Bill Cowher was mentioned as a potential target for Buffalo, but appearing today on SiriusXM NFL Radio, Cowher took himself out of the running for the Bills’ job or any other head coaching openings.

“I’m in a really good place. I really enjoy my job at CBS,” Cowher said. “You’re not going to see me on the sidelines. I enjoy it, you miss it, but not enough to get back.”

Here are a few more coaching-related tidbits that have trickled in since our last round-up:

When the Jets traded for Percy Harvin earlier this season, it was unclear whether the team planned to retain him going forward past 2014. In addition to a base salary of more then $10MM, the team would also owe Seattle a fourth-round pick if they decided to keep the playmaker on the roster in 2015, as opposed to a sixth-round pick if they decided to move on from him.

If Harvin gets a say in it, he would like to stay with the Jets, writes George Willis of the New York Post. “I feel at home here. I’m comfortable with all the players,” Harvin said Friday. “I like the vibe around here.”

Here are some other notes about the Jets as they ready themselves for what their fans would hope will be an active offseason:

They are not the only coordinators being rumored for head coaching jobs. Giants‘ offensive coordinator Ben McAdoo has been talked about as a possible successor for Tom Coughlin. Broncos‘ offensive coordinator Adam Gase could follow the path of his predecessor, Mike McCoy, who jumped from a record-setting Peyton Manning-led offense to the top job for the Chargers.

The defending champion Seahawks have taken a step back from last season, but the market may not have cooled on both of their coordinators. Both offensive coordinator Darrell Bevell and defensive coordinator Dan Quinn have both been talked about as head coaching candidates, with particular interest coming from the Jets if general manager John Idzik is retained in New York and head coach Rex Ryan is fired.

Todd Bowles has helped put together a great defense in Arizona, as the Cardinals have gone 8-1 despite injuries on the defense. Lions‘ defensive coordinator Teryl Austin could be in a similar position, as his team is currently leading it’s division based on the strength of the defense.

Add to the mix the possibility of Jon Gruden or Bill Cowher returning to the sidelines, or even the possibility of a college coach like David Shaw of Stanford jumping to the NFL, and teams will have a number of options should they decide to pursue a new coach in 2015. That list does not include the head coaches that will lose their jobs at the end of the season, a number of them will hit the open market with impressive records of success. That list could include Ryan, Mike Smith, and Jim Harbaugh, among others.