Freddie Kitchens‘ first Browns staff has some big names, and it will include a high-profile coach from north of the border. Sascatchewan Roughriders head coach Chris Jones will step down from that post and join the Browns’ defensive staff, according to CFL News (Twitter link). Mary Kay Cabot of cleveland.com confirmed (via Twitter) Jones will trek to Cleveland with the title of “senior defensive specialist.” An NFL out clause existed in Jones’ Roughriders contract. Jones has been part of four Grey Cup-winning staffs, including a 2015 championship as head coach of the Edmonton Eskimos. He was also a graduate assistant under Gene Stallings at Alabama in 1997, when Kitchens was a Crimson Tide quarterback. Jones was the Roughriders’ coach for three seasons, completing two winning campaigns in his final two years there. He will join a Browns staff that now features coordinators Steve Wilks and Todd Monken.

More out of Cleveland and the latest from the AFC side of the coaching carousel:

The Colts have received permission to interview Saints tight ends coach Dan Campbell and Eagles offensive coordinator Frank Reich, and will do so later this week, tweets Mike Chappell of CBS4. Indianapolis will meet with Campbell on Thursday before speaking with Reich on Friday, per Chappell. The Colts, of course, were forced to restart their head coaching search on Tuesday after Patriots offensive coordinator Josh McDaniels backed out of his agreement to take over the role. Campbell and Reich were actually part of Indianapolis’ original list of possible interviewees, but their team’s playoff runs prevented meetings, reports Stephen Holder of the Indianapolis Star. So far, Campbell and Reich are the only candidates known to have scheduled interviews with Indy, but Chiefs special teams coordinator Dave Toub and Bills defensive coordinator Leslie Frazier are also viewed as possible contenders

We have now learned that the Raiders have hired Jon Gruden to come back to the organization that traded him. Although, prior to the decision being announced, the NFL made a statement regarding the team’s following of the Rooney Rule, per Ian Rapoport of NFL.com (Twitter link). League spokesperson Joe Lockhart stated that, “We believe the Rooney Rule was complied with. Minorities candidates were interviewed. We’ll see what decision they make.” 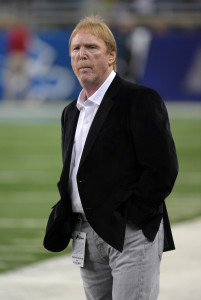 There had been some questioning coming from around the NFL that the Raiders were clearly violating the spirit of the rule given there all-in pursuit of their former head coach. It was reported yesterday that the team had interviewed tight ends coach Bobby Johnson for the position, but it did not seem like a legitimate interview because it was widely known that the Raiders were after the former Monday Night Football analyst.

The Rooney Rule makes it so at least one minority candidate must be interviewed for all head coach or senior football operations positions in the NFL. It was first implemented back in 2003 in order to promote diversity among NFL front offices and coaching staffs. However, it’s clearly been just a hurdle for teams to get over in multiple cases, including this one.

Clearly the Raiders did interview a minority candidate as a means to comply with the rule, and at this point the league appears to be satisfied with how the franchise conducted the search. We’ll have to wait and see if the NFL makes any changes to the rule moving forward, but this news has made clear that a team can do the bare minimum to comply without any punishment.

The Raiders have interviewed incumbent tight ends coach Bobby Johnson for their head coaching position, according to Adam Caplan of SiriusXM (Twitter link). Johnson is reportedly one of two minority candidates Oakland has met with in order to satisfy the NFL’s Rooney Rule, reports Josina Anderson of ESPN.com (Twitter link). 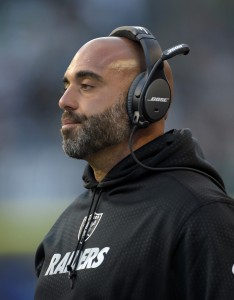 Oakland, of course, is widely expected to hire ESPN commentator Jon Gruden as its next head coach. But the Rooney Rule stipulates that each team interview at least one minority candidate when going through a coaching search. Johnson fulfills that requirement, as does at least one other unnamed minority coach.

Johnson has been a coach since 1995, when he began his career as a graduate assistant at Akron, and entered the NFL in 2010. Since that time, he’s worked with offensive lines and tight ends during stops in Buffalo, Jacksonville, and Detroit. Per Caplan, Johnson “has command, is a good teacher, and players respond to him.”

Former Steelers defensive coordinator Dick LeBeau is no longer in the running to join the staff of the Cardinals, reports Kent Somers of AZCentral.com. Since he resigned from his long time post with the Steelers, the Cardinals seemed like a logical option for the 77-year old Hall of Fame coach. While it was thought that LeBeau would only be interested in coordinator positions, he was reportedly set to be a senior assistant and serve as the Cardinals linebacker coach.

With the Cardinals out of the mix for his services, the only other organization with which he has been linked is the Titans, where he could also serve as a senior assistant in some capacity.

The Cardinals are expected to promote from within to fill their defensive coordinator role vacated when Todd Bowles was hired as head coach of the Jets.

Here are some other coaching notes from around the NFL, with more recent news added to the top: