The Saints’ starting center for the past four years, Max Unger will call it quits. The 10-year veteran will announce his retirement, Field Yates of ESPN.com tweets. Unger now resides on the reserve/retired list, per Ian Rapoport of NFL.com (on Twitter). 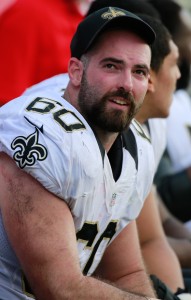 Unger made the Pro Bowl this past season and had one year remaining on his contract. The soon-to-be 33-year-old blocker had only missed one game during his Saints tenure.

Traded from Seattle to New Orleans in the Jimmy Graham-headlined deal four years ago, Unger became one of the Saints’ constants. His 2018 Pro Bowl was the third of his career, with the other two such honors having come when he was a Seahawk.

A 2009 second-round pick, Unger started all 130 games in which he played. He was a key part of the Saints’ revitalized running game, helping Alvin Kamara and Mark Ingram form one of the league’s best backfield tandems in years. The Saints still have the other four members of their past two starting offensive lines under contract — Terron Armstead, Larry Warford, Andrus Peat and Ryan Ramczyk — but now have a need at center. This comes after Peat’s fifth-year option salary ($9.6MM) became fully guaranteed earlier this week.

The Saints appear to have known about this for a bit, considering the team hosted free agent interior lineman Nick Easton on a visit. Easton, who has played center and guard, has yet to decide on his next home. However, the Vikings submitted an offer late this week.

Unger’s retirement stands to free up $6.95MM in cap space. In the final season of a four-year, $24.9MM contract, Unger was to count $8.7MM against New Orleans’ cap.

Cameron Tom and Will Clapp, a 2017 UDFA and a 2018 seventh-round pick, respectively, reside as the other centers on the Saints’ roster. They have a combined two games’ worth of starting experience. Though, turning to one of these two (or a to-be-determined rookie) would help the two-time reigning NFC South champions devote some additional resources elsewhere, with their line still housing two veteran salaries and now a fifth-year option price tag.

We now know that the NFL is investigating an incident regarding Buccaneers quarterback Jameis Winston and an uber driver from last year. The female uber driver claimed that the former number one overall pick groped her during a ride, but Winston has denied those allegations. but adding onto this story, Steve Wyche of NFL.com reports in a Twitter video, that the 23 year-old signal caller will not go on the exempt list because no charges have filed as of yet.

However, it might not be long until the quarterback faces suspension from the league, according to Roy Cummings of Florida Football Insiders. Cummings says that while Winston may avoid suspension for the rest of the year because the investigation could take some time, but notes that sexual assault allegations have resulted in missed time in the past. The writer points to when Ben Roethlisberger was suspended for four games back when he faced similar charges in 2010.

The story is still unfolding, so while Winston’s playing outlook is in flux given his current injury, this situation adds an unexpected twist to his 2017 season and perhaps even in 2018.

When Saints center Max Unger suffered a foot injury in May, the expectation was that he’d miss the opening of the 2017 season. It doesn’t appear that will happen, though, as Unger passed a physical on Thursday and is now eligible to come off the active/physically unable to perform list, Josh Katzenstein of NOLA.com tweets. 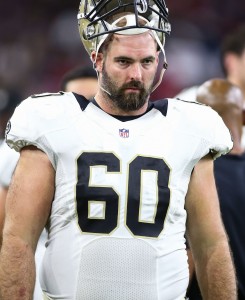 Going without Unger to begin the year would’ve left the Saints sans two of their best offensive linemen at the outset of the campaign. As it stands, the club will have to make do without left tackle Terron Armstead, who suffered a torn labrum in June, until sometime in the fall. Armstead also sat out nine games last year on account of knee and quad issues.

Injuries have been problematic for Unger, too, as the 31-year-old has missed 30 of 128 regular-season games since the Seahawks chose him in the second round of the 2009 draft. Seattle dealt the two-time Pro Bowler and a fourth-round pick to New Orleans for tight end Jimmy Graham and a first-rounder in 2015, and the lineman has been a dependable pivot for the Saints during his two years with the club. Unger has appeared in 31 of a possible 32 contests with the Saints, all starts, and is coming off a year in which he ranked 14th among Pro Football Focus’ 72 qualified centers in overall performance.

Saints’ Max Unger To Be Ready For Week 1?

It now sounds like Max Unger might not miss the start of the season after all. Saints head coach Sean Payton said yesterday that he expects Unger to return to the field in early August with the hope of suiting up for the ever important third preseason game (via Herbie Teope of the Times-Picayune). This jives with a report from Mike Florio of Pro Football Talk earlier this week, who wrote that the Saints expected their starting center to be back in action in time for the preseason.

[RELATED: 10 Centers The Saints Could Pursue]

Last Monday, a report indicated that Unger could miss the start of the season after undergoing surgery to repair a lingering foot injury. While the PUP list was mentioned as a possibility, it now sounds like he should be ready to go in Week 1. If that’s the case, then the Saints might not have to look into trading for a quality center after all.

It is fair to wonder why the Saints waited until May to have Unger undergo surgery, but Payton says the medical staff hoped rest after the regular season would work. However, the team noticed at the start of the offseason workout program in April that the problem needed further evaluation.

In 2016, Unger graded out as the No. 11 center in the NFL, per the advanced metrics at Pro Football Focus. Unger, who came to New Orleans in the Jimmy Graham deal with the Seahawks, has two Pro Bowl nods and a First-Team All-Pro selection on his resume. Teope says Senio Kelemete will likely take the bulk of Unger’s reps at center while Unger is sidelined.

10 Centers The Saints Could Pursue

Saints center Max Unger went under the knife to help fix an issue with his foot, and that surgery will cause him to miss the start of the season. With no exact timetable in place for his return, the Saints will likely consider out-of-house options to help fill the void.

With some help from PFR’s Dallas Robinson, here are centers that New Orleans could look into acquiring:

Saints star center Max Unger has suffered a foot injury and is expected to miss the start of the 2017 season, a source tells Ian Rapoport of NFL.com (on Twitter). Right now, it looks like Unger will be sidelined for about five months.

The Saints acquired Unger in the 2015 Jimmy Graham trade with the Seahawks. Since then, he has started 31 of 32 possible regular season games, but he’s now slated to be on the PUP list in September. The Saints could turn to backup Jack Allen as the new starter, but it seems more likely that they will look out-of-house for their new No. 1 center.

Former Jets star Nick Mangold remains on the open market and would make a good amount of sense for the Saints, even if he is no longer the Pro Bowl caliber player that he once was. Eagles center Jason Kelce has also been mentioned in trade rumors and one has to wonder if New Orleans could come calling. Kelce is slated to carry a $6.2MM cap hit in 2017, but any team acquiring him would only be looking at a $5MM commitment for the year.

Last year, Unger graded out as the No. 11 ranked center in the NFL, according to Pro Football Focus. His 83.8 score was roughly in line with his work from the previous two seasons and stands as his second-best PFF showing ever. His best season, per the advanced stats, came in 2012 when he posted an 85.6 overall score. In that season, Unger earned his first of two Pro Bowl nods and his lone First-Team All-Pro selection.

MONDAY, 3:50pm: Nick Underhill of the New Orleans Advocate passes along details of Unger’s contract. In total, the contract holds an average annual value of $7.4MM while also including a $7MM signing bonus and $14.3MM in guaranteed money.

FRIDAY, 9:15am: The Saints and center Max Unger have agreed to a three-year extension, as Herbie Teope of The Times-Picayune writes. The new three-year deal will give Unger an annual salary of $7MM+.

Unger, 30, started all 16 games for New Orleans last season after the Jimmy Graham trade brought him in from Seattle. Prior to his new deal, Unger was slated to play out the 2016 season for a $4.45MM base before entering the free agent market.

Unger was obviously not the focal point of the Seahawks-Saints trade last year, but he did offer an impressive pedigree of his own. Over the course of his career, the Oregon product has earned two Pro Bowl nods (2012, 2013) and one First-Team All-Pro selection (2012) with 83 games (all starts) on his resume. Meanwhile, Graham went from one of the league’s best tight ends to something of an afterthought in Seattle. He is now trying to get back on track after undergoing serious knee surgery.

The biggest news out of the NFC today is Kam Chancellor‘s decision to end his holdout and report to the Seahawks, but we’ve got several more items to round up from around the conference, including a couple more updates out of Seattle. Let’s dive in…

A pair of NFC South offensive linemen have restructured their contracts with their new teams, according to Field Yates of ESPN.com, who reports that Falcons guard Andy Levitre and Saints center Max Unger have both reworked their deals.

Levitre, acquired last week by the Falcons, had originally been due $27.3MM over the next four seasons, but Atlanta reduced that figure to $23.25MM and sliced his 2015 salary from $6.5MM to $1.5MM (Twitter links via Yates). In return, the former Titans guard received a $5.5MM signing bonus, which will drop his cap hit for this season from $6.5MM to $2.875MM. As Vaughn McClure of ESPN.com details (via Twitter), Levitre’s base salaries for 2016 and 2017 have been reduced as well.

Meanwhile, the division-rival Saints completed a simple restructure on their new center’s contract, converting $3MM of Unger’s base salary into a signing bonus (Twitter link via Yates). Since the ex-Seahawk has just two years left on his deal, that bonus will prorate equally in 2015 and 2016, giving New Orleans an extra $1.5MM in cap room this year.

Neither restructure is expected to open the door for the Saints or Falcons to add a notable player — they’re simply designed to create some additional flexibility if and when the teams need to put players on injured reserve and bring in injury replacements throughout the season.