Jets defensive lineman Nathan Shepherd wasn’t on the active roster for the Jets’ season opener against the Bills. As it turns out, Shepherd was left out of the game due to a pending six-game suspension for performance-enhancing drugs, as Tom Pelissero of NFL.com writes. 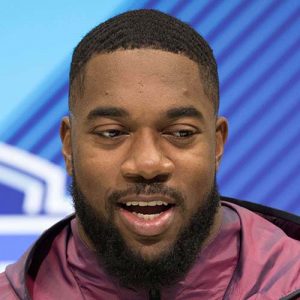 When popped for PEDs, players typically say that they did not knowingly take a banned substance. That’s not the case with the 2018 third-round pick, who celebrated his 26th birthday today.

“All that was going on, I was coming off of a subpar season and a new coaching staff, new playbook, new everything,” said Shepherd, a holdover from one of ex-GM Mike Maccagnan‘s last drafts in office. “In my mindset, I didn’t feel very confident with how everything had gone thus far. In my mind, I was so prepared to come into this offseason and have a successful offseason and train very hard. I felt that because of these limitations, I wasn’t going to be able to do that. I made a rash decision, an unwise decision and a selfish decision to look to certain PEDs in order to help me with that recovery process so I would be ready to go.”

Shepherd explained that he tested positive on June 27 and again on July 25 while rehabbing from shoulder and groin injuries. His shoulder may eventually require surgery and a snag in his sports hernia surgery recovery left him with a herniated L4-L5 disc in his back.

The suspension has not been formally announced yet by the NFL, but that should be coming any moment now. Shepherd’s public confession, in all likelihood, means that he is either not filing an appeal or has already lost his appeal.

Last year, Shepherd tallied 15 tackles while appearing in all 16 games for Gang Green, including five starts.

The Redskins are going to be one of the more interesting teams to monitor during training camp. They have a bunch of interesting storylines, none bigger than the battle between rookie Dwayne Haskins and Case Keenum to be the team’s starting quarterback. Speaking to Steve Wyche of NFL Network recently, Redskins GM Doug Williams indicated that the front office and even ownership would play a role in determining when Haskins starts (Twitter link).

Williams specifically indicated the decision would not be head coach Jay Gruden’s alone, saying that he, Gruden, team president Bruce Allen, and owner Dan Snyder would come together to make a decision. That news is sure to rile up Redskins fans, who have mixed feelings on Snyder, to put it nicely. Williams said he was excited about Haskins’ development, but made sure to emphasize they wouldn’t just throw him out there if he wasn’t ready. That’s the language any team is going to speak, and the part about it being a collaborative process is the real eyebrow-raiser here. Gruden appears to be coaching for his job this season, and Washington won’t be able to keep Haskins on the bench too long unless Keenum looks lights out during the preseason.

Here’s a couple of other notes from around the league on a slow Saturday evening:

Here are the rest of Friday’s draft signings.

The Browns listened to offers for their No. 4 overall pick, but the talks for that spot did not escalate too far. Four teams contacted John Dorsey about potentially moving into that position, Peter King of SI.com reports, noting just one offered a package including a 2019 first-rounder. King estimates the Cardinals were that team. However, Dorsey said the franchise interested in moving up to No. 4 was interested in a quarterback that the Browns GM knew going to be available.

“I’m coming up for one player and one player only, and that’s Baker Mayfield.” the anonymous exec told Dorsey, who relayed this to King. “I knew all along it wasn’t going to happen.”

Mayfield visited the Cardinals before the draft, and while it’s uncertain if they were the team that offered a 2019 first-rounder, their No. 15 draft position being the lowest of the QB-needy teams would make such a proposal logical. Arizona ended up with Josh Rosen, moving up five spots without having to sacrifice a first- or second-round pick to do so.

Here’s more from Cleveland and the rest of the latest draft fallout.