The Saints used a first-round RFA tender on Taysom Hill. However, the gadget player/backup quarterback is not expected to sign it in the near future, Mike Florio of Pro Football Talk reports. Hill will, however, participate in New Orleans’ virtual offseason program, per Florio. RFAs have until June 15 to sign their tenders or teams can rescind them and pay 120% of their 2019 salaries. No noise on a potential Hill offer sheet surfaced this offseason, but Drew Brees‘ backup did say he was open to leaving New Orleans if he felt the Saints would not give him an opportunity to start. Despite coming into the league in 2017, the BYU alum will turn 30 this year. It’s been widely reported that the Saints intend to have Hill take over whenever Brees hangs up his cleats. Hill stands to make $4.7MM this year on the first-round tender.

Let’s round up several notes from the city of Brotherly Love:

After debating it last season, defensive end Chris Long has finally decided to call it a career. The veteran pass-rusher posted a tweet announcing his retirement from the NFL.

“Cheers. Been a hell of a journey. Eleven years and I can honestly say I put my soul into every minute of it. Highs and lows. I’ve seen them both and I appreciate the perspective. Gratitude and love to those who lifted me up,” he wrote. Long is the second significant retirement today, after offensive lineman Travis Swanson decided to hang up his cleats earlier Saturday.

Soon after Long’s announcement, the Eagles released a statement of their own on Twitter, congratulating Long on his career. The second overall pick back in 2008, Long had a very solid career. His contributions off the field might end up surpassing anything he accomplished on it, as Long won the Walter Payton Man of the Year Award this past season, and donated his entire 2017 salary to educational charities.

A two-time Super Bowl winner, Long won back to back championships with the Patriots in 2016 and Eagles in 2017. Long spent the first eight years of his career with the Rams, before signing with New England as a free agent. He never did make a Pro Bowl, but he had several Pro Bowl caliber seasons.

In 2011 he had 13 sacks, and he followed it up with 11.5 the next year. In 13 games for the Eagles this past season, all starts, he had 6.5 sacks and two forced fumbles. The son of Hall of Fame defensive end Howie Long and brother of Bears offensive lineman Kyle Long, he’ll finish his career with 70 sacks and 14 forced fumbles. After losing Long to retirement and trading away Michael Bennett to the Patriots, the Eagles’ pass-rushing group will be a little thin next season.

The Virginia product has been flirting with retirement for a while now, and at the beginning of this month the Eagles agreed to push back a roster bonus date so he could have more time to decide. All of us at PFR wish Long and his family the best as he transitions into a new chapter.

Chris Long still isn’t sure about whether he wants to play in 2019. This week, the defensive end worked with the Eagles to kick the can down the road. 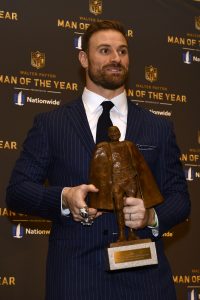 Originally, Long was set to earn a $1MM roster bonus on Wednesday. Instead, Long’s bonus date has been moved until the first day veterans report to training camp, as Field Yates of ESPN.com tweets.

The 34-year-old had another productive season as an Eagles reserve in 2018, compiling 23 tackles, 6.5 sacks, and two forced fumbles in 16 games. Still, he has other interests outside of playing football, and this marks at least the second straight year in which Long has considered retirement.

With two Super Bowl rings already on his hand, it’s possible that Long could call it a career before camp gets underway this summer.

The Eagles have created a chunk of cap space. ESPN’s Field Yates tweets that the team has adjusted the contracts of defensive end Chris Long and linebacker Nigel Bradham. The move will open up about $5.032 in cap space.

Long had signed a new deal with the Eagles last offseason, but there were still whispers that the defensive end could end up calling it a career. The 33-year-old still hasn’t necessarily committed to playing, as the veteran tweeted that he’s still weighing his options.

“I love Philly so much,” Long wrote. “The fans, all of it. I’m making a football decision, though. Money moved doesn’t mean it’s been made.”

The veteran had another productive season as an Eagles reserve in 2018, compiling 23 tackles, 6.5 sacks, and two forced fumbles in 16 games.

Bradham re-signed with the Eagles last offseason, inking a new five-year, $40MM deal with the organization. However, his one-game suspension last season voided all guarantees, which were estimated to be around $14MM. The 29-year-old has emerged as one of the Eagles’ top defenders in recent years. He had another productive season in 2018, compiling 97 tackles, two sacks, and four pass defended.

The Eagles have been relatively busy so far this offseason. The team is set to sign Malik Jackson, they traded for DeSean Jackson, and they re-signed Jason Peters.

The Packers have made their latest addition to Matt LaFleur’s staff, hiring Mike Smith to coach their outside linebackers, the team announced in a tweet. No, it’s not former Falcons head coach and Buccaneers defensive coordinator, but a different Mike Smith. Smith was drafted by the Ravens back in 2005, and spent three-plus seasons in the league with Baltimore. He started as a coaching intern with the Jets in 2010, and has steadily moved his way up the ranks.

He was on Andy Reid’s staff in Kansas City for the past three seasons, where he served as assistant defensive line coach and then outside linebackers coach. When the Chiefs fired longtime defensive coordinator Bob Sutton earlier this week and hired Steve Spagnuolo, it meant Smith was unlikely to be retained. Smith coached under current Packers defensive coordinator Mike Pettine in New York, so the reunion makes sense.

Despite rumors that he’d been considering retirement, Eagles defensive end Chris Long plans to continue his career in 2018, according to Adam Caplan of SiriusXM (Twitter link).

Long reportedly signed a new deal with Philadelphia last week, leading to speculation that he would indeed return for the upcoming campaign. Long is now guaranteed $3MM in 2018, and his base salary will increase from a non-guaranteed $1MM to $2.5MM guaranteed. Additionally, the Eagles eliminated Long’s $750K in per-game roster bonuses and $750K in incentives.

Philadelphia has revamped its defensive line this offseason, as the club added Michael Bennett and Haloti Ngata while losing Vinny Curry and Beau Allen. Bennett, though, is scheduled to turn himself into authorities on Monday after being indicted on a felony charge, so Long’s presence will be all the more important if Bennett is handed a league-imposed suspension.

Long, 32, appeared in all 16 games and saw roughly 50% playtime for the Super Bowl champion Eagles last season. In that time, Long managed 20 tackles and five sacks while grading as the NFL’s No. 30 edge defender among 106 qualifiers, per Pro Football Focus.

Chris Long has yet to address the retirement rumors surrounding him, but the latest word indicates that he’s planning to play in 2018. Long signed the new contract that was offered to him last week, according to Jeff McLane of the Philadelphia Inquirer (on Twitter). 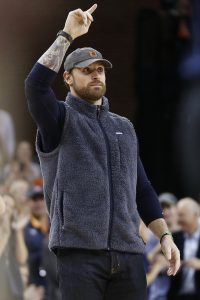 As previously reported, the new deal guarantees Long $3MM in 2018 and includes a jump in base salary from a non-guaranteed $1MM to $2.5MM guaranteed. In theory, Long can still retire after signing the new deal, but his signature on the dotted line suggests that he intends to play.

The Eagles’ recent acquisition of Michael Bennett means that Long would be ticketed for a reserve role, but he also hasn’t been a full time starter in the last three seasons. And, with his 33rd birthday coming up on Monday, a limited snap count probably suits him well. If he continues to play, Long will be behind starters Brandon Graham and Bennett while last year’s first round pick Derek Barnett also participates in the rotation.

Long was on the field for 588 regular season snaps last year, down from 677 in the previous season with the Patriots.