The Jets and guard Alex Lewis have agreed to a reworked contract (Twitter link via ESPN.com’s Field Yates). Now, Lewis will earn a base salary of $3MM in 2021, down from his scheduled $5.8MM. Meanwhile, the final year of his deal in 2022 has been eliminated. Now, Lewis will have the opportunity to win the Jets’ starting right guard job and reach free agency next spring. 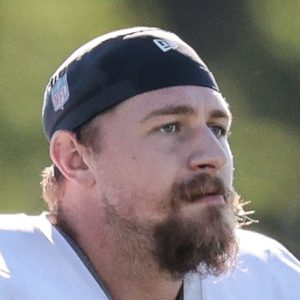 Lewis probably would have been released if he didn’t agree to the new terms. And, if he was cut at this stage of the offseason, he would have entered a fairly weak market, since most teams have filled their interior line needs (and allocated most of their dollars). On the plus side, the salary cap is set to jump to $208.2MM in 2022, so Lewis could land a solid deal next March.

For now, Lewis will focus on vying for a first-string role along with first-round pick Alijah Vera-Tucker and fellow vet Greg Van Roten.

Earlier Friday, the Jets announced starting left guard Alex Lewis would not play against the Raiders because of an organizational decision. His absence will now extend longer than two games. 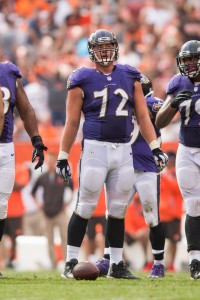 Mysteriously inactive in Week 12, Lewis will now land on the Jets’ reserve/non-football illness list, according to ESPN.com’s Rich Cimini. He will be out at least three games. While that is not especially critical for a Jets team sitting 0-11, Lewis’ hiatus has been a rather unusual situation.

Adam Gase confirmed he and Lewis had a discussion that preceded the O-lineman being scratched for the team’s Dolphins rematch. The fifth-year blocker does appear to be dealing with a medical problem, with NFL.com’s Ian Rapoport indicating Lewis is seeking help for a non-football health issue (Twitter link). The Jets plan to pay Lewis while he resides on their NFI list. The Jets went to the NFL to determine the best way to move forward with Lewis, per The Athletic’s Connor Hughes (on Twitter).

This marks the latest odd development between the Jets and a recently acquired offensive lineman. An injury-related dustup between the team and 2019 trade acquisition Kelechi Osemele emerged midway through last season, leading to Osemele’s release and a grievance. Lewis’ issue is not on that level. The Jets have denied this is an injury-related situation, and Lewis did not indicate any hostility between he and the team, Cimini adds.

The Jets made a long-term commitment to Lewis, bringing him back on a three-year, $18.6MM deal. Though, the team could shed Lewis’ contract nearly free of charge after 2020. He is due a non-guaranteed $5.8MM base salary in 2021.

Following the trade deadline, Deshaun Watson revealed how much of an issue a Will Fuller trade would have caused for him. Now, the Texans quarterback does not want Week 12 to have been his final game throwing to the deep threat. Despite Fuller’s six-game PED suspension set to drag into next year, Watson wants the Texans to bring back the impending free agent.

“That’s very important,” Watson said of the Texans re-signing Fuller, via ESPN.com’s Sarah Barshop. “That’s definitely one guy that I’m going to be working on this last month and offseason, for sure. Will’s my brother. The whole organization knows that too. And you know, make sure that we get him back for next year, especially in this organization.”

A 2016 first-round pick, Fuller has struggled to stay healthy throughout his career. He did in his contract year and was on pace to venture well into four-digit yardage territory. The 26-year-old receiver finished his shortened season with 53 receptions for 879 yards and eight touchdowns — all career-high numbers — and will be one of the top free agents in 2021. The Texans will have exclusive negotiating rights with Fuller until the legal tampering period begins in mid-March.

Here is the latest from the AFC, shifting first to Houston’s Week 13 opponent:

Jets safety Jamal Adams formally requested a trade last week, and since then, the already lengthy saga took another couple of turns. For instance, we learned that Adams may be seeking an extension worth upwards of $20MM per year, and that his relationship with head coach Adam Gase is one of the reasons why he wants out. 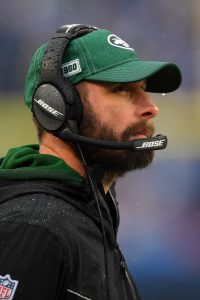 Adams, among other Jets players, reportedly do not “trust” Gase and are skeptical of his leadership abilities. Offensive lineman Alex Lewis, however, took to Instagram to defend his HC.

“I have mad respect for Coach Gase,” Lewis wrote. “We are building a winning culture and mentality from the top down. I believe in this staff, this organization, and most importantly my teammates.”

Manish Mehta of the New York Daily News was the one who reported the animosity that Adams and his teammates feel towards Gase, and Lewis addressed Mehta directly.

“I felt like all of this needed to be said on the heels of reading Manish Mehta’s article lumping all players in one mindset disparaging the head coach,” Lewis continued. “You (Mehta) don’t speak for the locker room or myself. You got no place in the locker room if you are going to overgeneralize all players. Manish you are a poison to this team.”

Regardless of how he is perceived by his team, plenty of folks outside of the Jets’ locker room are also unsure about Gase’s viability as a head coach, but he remains at the helm for now. Gase was asked today about his relationship with Adams, and he had nothing but good things to say.

“My relationship with Jamal has been good since the time I’ve gotten here,” Gase said (via Brian Costello of the New York Post). … “To me, we’ve always gotten along well. There’s been a lot of dialogue between us, especially about on and off the field type topics.”

Gase confirmed that he wants Adams to stay with the Jets, though he did not say whether the team is amenable to giving him the extension he wants before the season starts. He did, however, talk about Adams as a player.

“He’s been one of our best players and most consistent guys that we had last year,” the 42-year-old HC said. “I covered a lot of this at the end of the season, the value that he brings to this team and what he does on not only game day but in practice. This is the tough part of the business. It’s something that we’ve got to keep working through.”

Steelers tight end Vance McDonald has restructured his contract, reports SiriusXM’s Adam Caplan (via Twitter). The veteran will see his $5.5MM base salary converted into a signing bonus.

The 29-year-old joined the Steelers back in 2017, and he’s turned into a solid receiving threat in Pittsburgh. After finishing with a 50/610/4 receiving line in 2018, he followed that up with 38 receptions for 273 yards and three scores this past year.

McDonald joins a number of Steelers veterans who have reworked their deals to provide the organization with more cap space. That grouping includes quarterback Ben Roethlisberger, who restructured his deal earlier today. With all of the Steelers moves (including cut players), they’ve opened up an estimated $35MM in cap space.

Let’s check out some more notes from the league’s northern divisions:

The Jets have agreed to terms on a new three-year, $18.6MM deal with Alex Lewis, according to Manish Mehta of the Daily News (on Twitter). This, of course, comes after the Jets failed to sign their preferred OL targets this week.

In fairness to Gang Green, the Jets had designs on keeping Lewis before the legal tampering period got underway. New Jets GM Joe Douglas acquired him in August of last year (a few months into his tenure) and wanted to hang on to him after he gave the team 15 appearances and 12 starts.

The former fourth-round Ravens pick graded as Pro Football Focus’ No. 57 overall guard last season. Given the massive rise in the interior line market and Lewis’ relative youth – he won’t turn 28 until just before the draft – it’s hard to totally pan the deal.

While the Jets are targeting several new starters up front, they want to retain at least one blocker who started for the 2019 team.

The Jets are looking to re-sign Alex Lewis, according to Adam Caplan of InsidetheBirds.com. New Jets GM Joe Douglas traded for Lewis in early August of last year, and after Kelechi Osemele‘s injury, the newly acquired guard stepped into the starting lineup. Lewis started 12 games for the Jets last season, becoming one of the few constants up front.

Gang Green faces the unusual prospect of its five Week 1 starters from last year — Kelvin Beachum, Osemele, Ryan Kalil, Brian Winters and Brandon Shell — not being on the 2020 team. Winters is under contract but looms as a release candidate, with a cut saving the Jets $7.3MM. Winters could stay via pay cut, but the Jets are set for a major overhaul up front nonetheless.

The Jets were rumored to be high on a second Lewis contract, despite the Ravens previously set to cut the then-fourth-year player during training camp. Lewis met the necessary conditions that will send a 2020 seventh-round pick to Baltimore, Caplan adds. The former fourth-round Ravens pick graded as Pro Football Focus’ No. 57 overall guard last season.