The latest contract details from the AFC (all Twitter links): 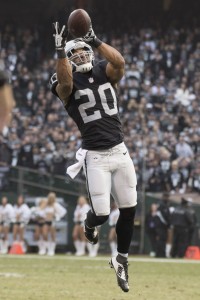 The 29-year-old Allen figures to help fill the void of fellow safety Isa Abdul-Quddus, whom the Dolphins cut earlier this week. Allen, like Abdul-Quddus, has endured injury troubles recently, having missed 11 games in 2015 on account of a torn MCL. He bounced back last year to appear in 14 games and make four starts as a member of the Raiders, with whom he totaled 26 tackles and two interceptions.

Before landing in Oakland in 2015, Allen spent the first five years of his career with the Eagles, who selected him in the second round of the 2010 draft. Allen has since totaled 93 appearances, 76 starts and 13 picks. He’ll join star Reshad Jones, Walt Aikens and A.J. Hendy as the Dolphins’ current safeties.

Dolphins To Meet With Nate Allen

The Dolphins are preparing to cut Isa Abdul-Quddus following a failed physical, and the team is already looking at alternative defensive backs. Barry Jackson of the Miami Herald reports that the team will be meeting with free agent safety Nate Allen tomorrow.

After being selected by the Eagles in the second-round of the 2010 draft, Allen has spent the past two seasons in Oakland. The safety tore his MCL during his first season with the Raiders, limiting him to only five games (three starts). He rebounded in 2016, collecting 33 tackles, three passes defended, and two interceptions in 14 games (four starts). The 29-year-old also has extensive special teams experience.

The Dolphins has a hole in their starting lineup as they look for a safety to pair with Reshad Jones. Walt Aikens is currently slotted in as the starting free safety, while A.J. Hendy is the lone reserve safety on the roster.

SATURDAY, 8:22am: ESPN’s Field Yates has details on Allen’s new contract (via Twitter). The safety signed a one-year deal worth $3MM, with $1.85MM in guaranteed money. The 28-year-old can earn up to $2MM in incentives, which would boost the contract’s value to $5MM.

THURSDAY, 4:08pm: Two days after cutting Nate Allen, the Raiders re-signed him, the team announced on its website. Terms of the deal are not yet disclosed.

Oakland initially signed Allen to a lucrative contract last March only to see the safety fail to live up to expectations, mostly for health reasons. The former Eagles second-rounder who’d never played fewer than 13 games in a season tore his MCL and appeared in only five in 2015, starting just three.

The Raiders signed Allen to a four-year, $23MM deal but by bringing him back at a lower rate will possess more cap room.

By cutting Allen on Tuesday, Oakland avoided being locked into Allen’s $4.9MM base salary. That figure would have become guaranteed had he been on the roster Wednesday. This deal almost certainly will cost the Raiders less in 2016.

The Raiders entered Thursday with $71MM+ worth of cap space, the most in the league.

Even after this move, the Raiders will still be in the market for safety help after Charles Woodson‘s retirement and a thin secondary responsible for the league’s 26th-ranked pass defense.

Less than 12 months after signing him to a four-year contract, the Raiders have parted ways with safety Nate Allen, terminating his contract, according to a Pro Football Talk report (via Twitter). Allen will immediately become a free agent without having to pass through waivers. 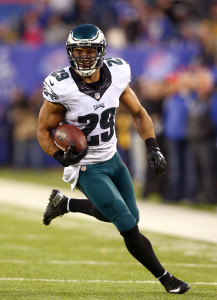 After spending his first five NFL seasons with the Eagles, Allen inked a four-year, $23MM contract with the Raiders in free agency last March. That contract rightly raised some eyebrows around the league, but all of the fully guaranteed money included in the deal was paid out in the first year. That means the Raiders won’t carry any dead money on their cap for Allen going forward.

As Adam Caplan of ESPN.com tweets, Allen’s $4.9MM base salary for 2016 would have become fully guaranteed on Wednesday if he was still on the Raiders’ roster, which explains why he was cut today. After paying him $7MM in his first and only season in Oakland, the Raiders will be off the hook for Allen’s cap hits of $5MM in 2016, $6MM in 2017, and $5MM in 2018.

Although he started 69 games in his five seasons in Philadelphia, Allen’s performance was up and down. Still, he had a fairly strong season in 2014, racking up 62 tackles, four interceptions, three fumble recoveries, five pass deflections, and a sack. Injuries derailed his 2015 campaign, however — he was placed on IR with the designation to return after Week 1 due to a knee injury, and while he returned later in the season for a few games, he never got fully healthy, and ended up back on IR to finish the year.

Assuming his knee is good to go for 2016, Allen could be a decent bounce-back candidate for a team in need of a safety this offseason. He’ll likely come at a much cheaper rate than he did a year ago.

The Raiders have placed safety Nate Allen on injured reserve with a knee injury and promoted cornerback SaQwan Edwards from their practice squad, writes Scott Bair of CSNBayArea.com.

Allen, who picked off a career-best four passes in Philly in 2014, signed a four-year, $23MM deal with the Raiders last offseason. His first season in Oakland was an injury-riddled disappointment, as the 28-year-old appeared in only five games, totaling 11 tackles and an interception. Allen’s year got off to a poor start immediately when he tore his MCL in Week 1. He came back midway through the campaign but eventually reaggravated his knee and hasn’t played since Dec. 6.

The Raiders could move on from Allen this offseason, per Bair, which would make sense. Allen has no dead money left on the three years remaining on his contract. Cutting him would save the Raiders $5MM next season, $6MM in 2017 and another $5MM in ’18.

4:26pm: Allen is actually being placed on IR-DTR, meaning that he can return to action later this season, Scott Bair of CSNBayArea.com tweets.

4:21pm: The Raiders will place safety Nate Allen on IR, as Ian Rapoport of NFL.com tweets.

The news is somewhat surprising since it was reported on Monday night that Allen’s MRI indicated that he avoided a torn ACL. However, the scan did reveal a torn MCL and lots of swelling. It’s not immediately clear what Allen’s main injury is at this time.

Allen, 27, started 15 games for the Eagles last season at safety, racking up 62 tackles, four interceptions, three fumble recoveries, five pass deflections, and a sack. Allen had a pretty solid year in 2014, finishing out with a 3.9 overall grade according to Pro Football Focus (subscription required), good for 28th out of 87 qualified safeties. This offseason, Allen inked a four-year deal with Oakland with a $23MM base value and $6.9MM fully guaranteed.

9:34pm: Ian Rapoport of NFL.com has updates on both Allen and Woodson, and it’s mostly positive news for the Raiders. According to Rapoport (Twitter links), Allen’s MRI showed a torn MCL and lots of swelling, meaning he’ll likely miss several weeks, but he may have avoided a torn ACL.

As for Woodson, as Josina Anderson of ESPN.com (Twitter link) first reported, he has sustained a dislocated shoulder. However, per Rapoport, while the veteran safety may be forced to sit a week or more, he’s already campaigning to play in Week 2.

11:59am: The Raiders fear that safety Nate Allen has torn his ACL, Adam Schefter of ESPN.com tweets. That would be awful news for the Raiders, who also saw Charles Woodson suffer a shoulder injury. Woodson is undergoing an MRI today to assess the damage, Schefter adds.

Allen, 27, started 15 games for the Eagles last season at safety, racking up 62 tackles, four interceptions, three fumble recoveries, five pass deflections, and a sack. Allen had a pretty solid year in 2014, finishing out with a 3.9 overall grade according to Pro Football Focus (subscription required), good for 28th out of 87 qualified safeties.

This offseason, Allen inked a four-year deal with Oakland with a $23MM base value and $6.9MM fully guaranteed.