Teams have until Tuesday to trim their rosters from 85 to 80 players. The Vikings included veteran wide receiver Albert Wilson in their second wave of cuts.

Wilson, 30, returned to football in 2021 after making the decision to opt out in 2020. Working as a Dolphins part-time starter, the former UDFA caught 25 passes for a career-low 213 yards. More productive during his run with the pre-Patrick Mahomes-era Chiefs and in his early Dolphins years, after signing a three-year deal worth $24MM with Miami in 2018, Wilson has logged seven seasons as an NFL wideout.

The Vikings did not guarantee Wilson anything to sign, giving him a one-year deal worth $1.12MM. The team has K.J. Osborn in place as its top complement to Justin Jefferson and Adam Thielen, while the likes of Bisi Johnson and recent Day 3 picks Jalen Nailor (sixth round, 2022) and Ihmir Smith-Marsette (Round 5, 2021) complicating Wilson’s active-roster path.

Because Wilson is a vested veteran, he will bypass waivers and move back into free agency. Despite coming into the league in 2018, Taylor does not have sufficient service time. He will revert to the Vikings’ IR (in a transaction that could well preceded an injury settlement) if unclaimed. A former seventh-round 49ers pick, Taylor has not played since the 2019 season.

Jullian Taylor has missed the past two seasons, having seen an injury during his second 49ers campaign throw his career off course. But the former seventh-round pick will have another chance soon. 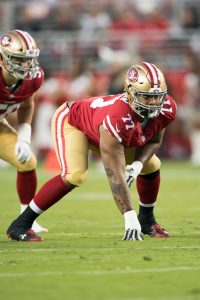 The Vikings agreed to a one-year deal with Taylor on Thursday, Adam Schefter of ESPN.com tweets. While Taylor has not been out of football altogether since his December 2019 ACL tear, he has not seen the field since that setback. This signing comes under new Vikings GM Kwesi Adofo-Mensah, who was with the 49ers when they drafted Taylor in 2018.

San Francisco drafted Taylor out of Temple and used him as a rotational backup in six games in 2018 and ’19. Taylor played roughly a quarter of the 49ers’ defensive snaps when active, recovering a fumble and making four tackles for loss for the Super Bowl LIV-bound San Francisco squad in 2019. The Titans signed Taylor on June 3 of last year but cut him a day later.

Minnesota added Harrison Phillips from Buffalo in free agency this year and has Dalvin Tomlinson under contract. The Vikings are switching to primarily a 3-4 scheme under new defensive coordinator Ed Donatell. They will give Taylor, 27, a shot to revive his career. 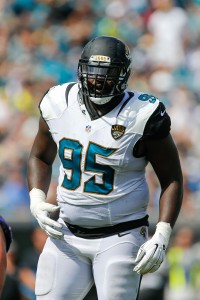