The Lions have begun interviewing candidates for their general manager post. Three current Lions front office staffers interviewed for the job, including two who have been with the team for more than 15 years.

Player personnel director Lance Newmark, player personnel VP Kyle O’Brien and pro scouting director Rob Lohman completed their interviews, the Lions announced Friday. A member of this trio moving up to Detroit’s top personnel job would qualify as less likely than a splashier outside hire, but two of these staffers joined the organization before since-fired GM Bob Quinn‘s tenure began.

Newmark has been with the Lions since they employed Barry Sanders; he is wrapping up his 23rd season with the organization. Quinn promoted Newmark to his current role in 2017. Lohman arrived during Matt Millen‘s GM tenure, coming to Detroit in 2007. Previously, he was with the Texans when they became an NFL franchise. Quinn hired O’Brien in 2017, but the veteran exec has been an NFL staffer since 2002. O’Brien has spent the bulk of his career as a Patriots scout.

The Lions are not using a search firm, but they have been connected to bigger names. Former Giants GM Jerry Reese is an expected candidate. The Lions are also now open to hiring Matt Patricia‘s successor first and letting him help select the team’s next GM. 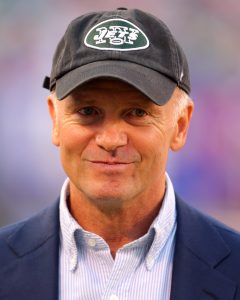 The Jets have their eyes on Eagles executive Joe Douglas for their GM vacancy, and head coach/interim GM Adam Gase is reportedly staring in his direction as well. But, the Jets will also consider other candidates, including Bears assistant director of personnel Champ Kelly and Lions director of player personnel Lance Newmark (Twitter link via Rich Cimini of ESPN.com).

Whoever the new GM is, he’ll report directly to owner/CEO Christopher Johnson. Meanwhile, Gase will maintain control over the 53-man roster, which could prove to be a sticking point for top candidates. The Jets are loaded with young talent thanks to multiple losing seasons, but any exec that takes the job will have to wrestle with Gase when it comes to player acquisitions. After Gase toppled Maccagnan and ran him out of New York, it’s hard to see an established front office man jumping at Gang Green’s vacancy.

Meanwhile, Gase wasted little time in starting his GM duties. On Wednesday night, he shipped linebacker Darron Lee – a former first-round pick – to the Chiefs for a sixth-round choice.