With the news of Jameis Winston‘s impending suspension from the NFL, lots has been written about Winston’s future with the Buccaneers. One potentially unexplored angle is how Winston’s fate may tie into the fate of Bucs GM Jason Licht and the team’s head coach Dirk Koetter, according to Mike Florio of ProFootballTalk.com. Florio speculates that the team may be more likely to move on from Winston if they decide to fire Licht and/or Koetter at the end of the 2018 season.

Koetter reportedly came very close to being fired at the end of the 2017 season, but was ultimately given another year by ownership. Florio thinks it would be easier for the franchise to move on from Winston if they cleaned house completely, and had a front office with no ties to Winston make the decision to release him. Winston is set to make $20.9MM under his fifth-year option in 2019. It’s guaranteed only for injury, meaning the Bucs could release him after this season and not have to pay him anything, assuming he stays healthy. Whatever ends up happening, it looks like it could be a tumultuous year in Tampa Bay.

More is coming out about Colin Kaepernick‘s collusion lawsuit against the NFL. Kaepernick’s lawyer, Mark Geragos, recently shed some light about some of the points they will attempt to prove that collusion exists between the NFL owners in the latest episode of his Reasonable Doubt podcast. Geragos pointed out the need for a “smoking gun” that proves there is coordinated effort from owners from blocking his client from signing with a franchise. In response to a question about a potential email regarding the collusion from Roger Goodell, Geragos stated “there is very good reason to believe that that exists,” the lawyer said (transcription via Pro Football Talk). “The interesting thing will be when the discovery comes, and I expect the discovery to be very quickly.” Even with the confidence coming from the lawyer, the overall sentiment around the case is that collusion will be a difficult charge to prove, but it looks like Kaepernick and his team are serious about their lawsuit and will look far and wide to see if any hard evidence exists.

Free agent quarterback Colin Kaepernick is working out five days a week and is back to his 2013 weight, 230 pounds, as he awaits a potential NFL opportunity, Mike Florio of Pro Football Talk reports. Thanks partially (perhaps entirely) to his social activism, Kaepernick hasn’t garnered a single offer since he and the 49ers parted ways in March. While the 29-year-old would like to resume his career, he’s not saying it publicly because he worries that doing so would lead to further claims that he’s a distraction, Florio suggests.

END_OF_DOCUMENT_TOKEN_TO_BE_REPLACED

Former NFL stars Greg Hardy and Brandon Browner have committed to play in the Spring League, according to its CEO, Brian Woods (via Kevin Seifert of ESPN.com). The league, whose six-game season will take place from April 15-26, isn’t affiliated with the NFL. However, NFL scouts will be on hand to watch, so it could be a way for Hardy, Browner and other ex-pros to showcase their skills and perhaps return to football’s highest level.

Once a top-caliber defensive end, Hardy’s stock began plummeting when he was found guilty in 2014 of assaulting his ex-girlfriend, though her decision not to testify against him led to the dropping of charges. Then a member of the Panthers, Hardy sat out all but one game that season after commissioner Roger Goodell placed him on the league’s exempt list.

Hardy joined the Cowboys as a free agent in 2015, but he served a four-game suspension to begin the year and was an off-field headache and public relations nightmare during his 12-game Dallas stint. Nobody signed Hardy last year as a result, and he was indicted on a felony count of cocaine possession in November. He then attempted to become a mixed martial artist last fall, but it didn’t take. Despite his myriad off-field issues, Hardy is certainly talented enough to play in the NFL, evidenced by his 40 sacks in 75 games.

Like Hardy, Browner has a past suspension on his resume (for substance abuse) and didn’t play at all in 2016. The defensive back did land a contract last offseason, but the Seahawks ultimately cut him in late August after his effort to move from cornerback to safety didn’t pan out.

Now 32, Browner, was a high-level defender in Seattle and New England from 2011-14, when he combined to start in all 45 appearances, intercept 11 passes and win two Super Bowls. However, he declined sharply as a Saint in 2015. While Browner started all 16 of the Saints’ games that season after inking a three-year, $15MM contract in free agency, he rated dead last in performance among Pro Football Focus’ 113 qualified corners and set the league’s penalty record. New Orleans subsequently cut Browner and he hasn’t played a meaningful snap since.

The Seahawks brought their reunion with Brandon Browner to a close this week, but it’s possible that the two sides could get back together in the future. Browner could return to the team later on this year, coach Pete Carroll told reporters, including Bob Condotta of The Seattle Times (on Twitter). 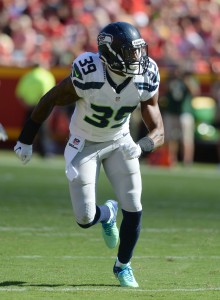 Carroll explained that the team simply “ran out of time” converting Browner to safety and that others just beat him out. Others, like Kelcie McCray and Steven Terrell, pushed themselves ahead of Browner on the depth chart, leading to the Legion Of Boom OG’s release on Monday.

Of course, Carroll & Co. have a soft spot for Browner who broke out as a cornerback for Seattle in 2011, so a mid-season deal cannot be ruled out. However, one has to wonder how much Browner even has left in the tank if he was not good enough to make the cut down to 75.

The Seahawks are cutting cornerback Brandon Browner, as Ian Rapoport of NFL.com tweets. This offseason, Browner returned back to where he had his best success as a pro. Unfortunately, he could not regain his old form. 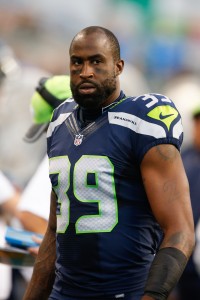 During his initial three-year run with the Seahawks, Browner started 36 games and winning a Super Bowl title during that time. In between his two stints in Seattle, Browner won a ring with the Patriots before inking a three-year, $15MM contract with the Saints and becoming one of the team’s starting corners. However, he disappointed in his only season in New Orleans, racking up penalties and struggling in coverage.Pro Football Focus rated him dead last in the league among 113 qualified cornerbacks. In March, the Saints cut their losses and released him.

The Los Angeles County District Attorney’s office recently declined to move forward with assault charges against Browner stemming from an incident earlier this summer, so he will not be encumbered by legal issues as he seeks his next job.

Seahawks cornerback Brandon Browner will not face assault charges stemming from allegations that he for assaulted his child’s grandfather earlier this summer, according to TMZ Sports. In July, he was said to have gotten into an altercation with his child’s grandfather. However, the Los Angeles County District Attorney’s office has declined to move forward with charges. 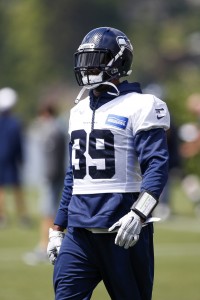 Browner, who played for Seattle from 2011-13, returned to the Seahawks this offseason on a one-year deal. During his initial three-year run with the Seahawks, Browner started 36 games and winning a Super Bowl title during that time. In between his two stints in Seattle, Browner won a ring with the Patriots before inking a three-year, $15MM contract with the Saints and becoming one of the team’s starting corners. However, he disappointed in his only season in New Orleans, racking up penalties and struggling in coverage. Pro Football Focus rated him dead last in the league among 113 qualified cornerbacks. In March, the Saints cut their losses and released him.

Now 32 years old, Browner is back where he had his best success as a pro, reuniting with his Legion of Boom compatriots Richard Sherman, Earl Thomas, and Kam Chancellor. Had Browner’s case moved forward, his future in Seattle would have been in jeopardy.