Leon Orr is out of a job. After being arrested on charges of misdemeanor marijuana possession and possession of a controlled substance, the Dolphins have released the defensive tackle, coach Adam Gase confirmed to reporters. 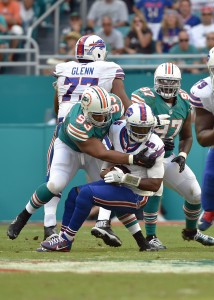 Orr was signed to Miami’s practice squad in September and was bumped up to the active roster in October. The promotion was a big opportunity for the 2015 UDFA out of Florida as he had only three NFL games on his resume heading into this season. Now, it might be a while before he gets his next opportunity to play anywhere.

Orr, 24, was pulled over when cops believed his car to have illegally tinted windows. Upon approaching the car, deputies detected a strong odor of marijuana. From there, they found Orr to be carrying marijuana on his person and discovered marijuana wax and THC-laced liquids in the car.

This isn’t Orr’s first red flag. During his senior year at Florida, Orr was moved out of the starting lineup and responded by walking out on the program. When he returned two days later to apologize, he was told by then-coach Will Muschamp that he was not welcome back. If not for that incident, it’s possible that Orr could have been a Day 3 pick. 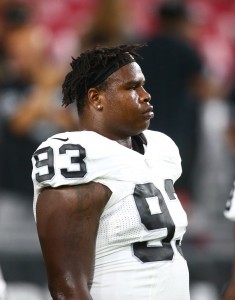 Despite surpassing Trent Richardson on the depth chart, Michael Dyer couldn’t complete his ascent into regular-season action with the Raiders.

Instead, Oakland rejiggered its depth chart by bringing Taiwan Jones, a former running back, back to his original spot from corner, where he played previously. Jones now occupies the third-string spot behind Latavius Murray and Roy Helu, as the Raiders announced the waiving of Dyer and others in order to dice their roster down to 53.

Here are the rest of Oakland’s cut-day casualties:

The Raiders have signed 14 undrafted free agents to their roster, adding them in time for rookie minicamp, the team announced today in a press release. Here’s the complete list, via the team: