Plenty of former NFL coaches end up at ESPN as analysts, but now that formula could be working in reverse. ESPN analyst Dan Orlovsky has received calls from teams to “gauge his interest in leaving the network for an offensive coaching job,” sources told Adam Schefter of ESPN.com. 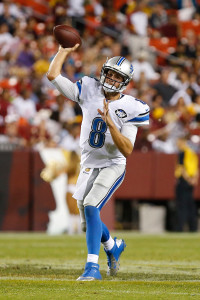 According to Schefter, Orlovsky also had interest from the Packers last year about joining their staff. Orlovsky told Schefter that it “would have to be a perfect mix of circumstances” to get him to leave his in-studio gig. A journeyman quarterback in the league for a little over a decade, Orlovsky retired in 2017. He quickly pivoted to becoming an analyst, and joined ESPN last year. While there, he’s received a lot of praise for his work breaking down quarterback play.

A Connecticut product, he was drafted by the Lions in the fifth-round back in 2005. He started seven games for Detroit in 2008 and five for the Colts in 2011, the only starts of his career. He also spent time with the Texans, Buccaneers, and Rams as a backup. Only 36, he’s got plenty of time to make the jump if he wants.

Former NFL quarterback Dan Orlovsky has announced his retirement in a piece for Sports Spectrum.

Orlovsky, 34, entered the league as a fifth-round pick out of UConn in 2005. He participated in two separate stints with the Lions — the club that drafted him — and is perhaps best-known for his seven-game run as a starter for Detroit in 2008. After one season with the Texans, Orlovsky started five games for the Colts in 2011 before landing with the Buccaneers from 2012-13 and re-joining the Lions in 2015.

Orlovsky inked a deal with the Rams this summer, but he was released after losing out to Sean Mannion in the Los Angeles backup quarterback battle. The Rams ultimately brought in a third quarterback — former Jaguars draft pick Brandon Allen — off waivers just days after cutting Orlovsky.

PFR extends its best wishes to Orlovsky in retirement.

As it stands, Sean Mannion is slotted in as the primary understudy to Goff. There has been no indication that the Rams are dissatisfied with the 25-year-old signal caller, so Orlovsky could be looking at a QB3-or-bust situation.

Orlovsky has spent time with the Texans, Colts, and Buccaneers, but he is best known for his two stints with the Lions. Since being drafted in 2005, Orlovsky has made just 12 career starts. He’ll turn 34 next month.

To the surprise of some, Orlovsky has found work in 2017 while quarterbacks Colin Kaepernick and Robert Griffin III remain unemployed. Orlovsky has also signed ahead of fellow ex-Lions QB Shaun Hill.

Three NFL executives tell Jeremy Fowler of ESPN.com that they see former 49ers signal caller Colin Kaepernick as the best backup quarterback option available. Of course, we have watched many other QBs come off of the board while Kaepernick remains unsigned.

A fourth exec surveyed by Fowler opined that Griffin is actually the best QB left on the market. Meanwhile, one official in the group said he wouldn’t sign Griffin “under any circumstances.” It seems like teams agree more with the latter opinion as Griffin has drawn very little interest this offseason.

The Lions could lose 40 percent of their starting offensive line, right guard Larry Warford and right tackle Riley Reiff, as early as the opening of free agency on March 9. But general manager Bob Quinn indicated Wednesday that the Lions aren’t going to let either walk without first making an attempt to re-sign them. 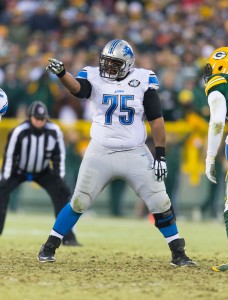 “We’ve had discussions both of them,” Quinn told reporters, including Kyle Meinke of MLive.com. “We don’t have anything to announce with them, but we’re working toward that, and I’m excited to see what the offensive line looks like next year.”

The 25-year-old Warford is the younger of the pair and should be more expensive to retain, having started in all 57 of his appearances since the Lions chose him in the third round of the 2013 draft. Warford ranked as Pro Football Focus’ 20th-best guard last year, and he could end up with a $9MM-per-annum payday in the coming weeks.

Reiff, meanwhile, has been in Detroit since it nabbed him 23rd overall in the 2012 draft. Aside from a 16-appearance, eight-start rookie year, Reiff has lined up with the Lions’ No. 1 unit dating back to his second season. The 28-year-old has appeared in no fewer than 14 games, all starts, in each season since 2013. He also has experience at both tackle spots, though PFF wasn’t that bullish on his work on the right in 2016, as it placed him a below-average 48th among 78 qualified OTs. Nevertheless, Quinn was impressed with Reiff’s output.

“I think Riley did a good job over at right tackle,” Quinn said. “It’s not an easy transition, after a few years at left, to move over to the right. It’s a different playing style. But I thought he had a solid year. He competed.”

While Warford and Reiff could soon reach free agency, teammate and backup quarterback Dan Orlovsky definitely will, per Quinn. Orlovsky, who has had multiple stints with the Lions during his career, seemed to say goodbye to Detroit on Twitter earlier this month. It’s now official, and Jake Rudock will take over as Matt Stafford’s primary backup.

The Dan Orlovsky era may be over in Detroit, according to Dave Birkett of the Detroit Free Press. Orlovsky sent out a fairly cryptic tweet yesterday in which he wrote, “Detroit Vs Everybody. It’ll always be where it started for me. It’ll always have a piece of my heart.”

Orlovsky, of course, spent the last three seasons as Matthew Stafford‘s backup, but with his contract set to expire next month, he is considered a long shot to return to the Motor City.

After all, the Lions promoted Jake Rudock, whom they selected in the sixth round of the 2016 draft, to the active roster in November in an effort to prevent him from signing with the division-rival Bears. Although Rudock was considered too raw to serve as a primary backup in his rookie campaign, he did put together an impressive showing last preseason, and the team envisions him as Stafford’s next backup.

The 33-year-old Orlovsky did not appear in a game last season, and since entering the league as a fifth-round selection in 2005, he has started just 12 games, compiling a miserable 2-10 record in the process (seven of those losses came during the Lions’ infamous 0-16 season in 2008). Like fellow career backup Josh McCown — who has started 60 games in his 14-year career — Orlovsky has expressed a desire to coach in some capacity once his playing days are done. However, when he made those comments towards the end of the 2016 campaign, he indicated that he was not ready to hang up the cleats just yet.

With the Friday release of Keenan Lewis, the Saints have now severed ties with all but one cornerback who made their roster two years ago, observes Joel Erickson of the New Orleans Advocate. That corner is Brian Dixon, who has begun his career with 32 straight appearances since the Saints signed him as an undrafted free agent from Northwest Missouri State. Of New Orleans’ current group of corners, P.J. Williams stands to benefit the most from Lewis’ exit, writes Erickson, who adds that the 2015 third-round pick has impressed this summer. Williams missed his rookie season with a torn hamstring, but the Florida State product is now set to start opposite Delvin Breaux.

Elsewhere in the NFC…

Well-traveled backup quarterback Dan Orlovsky re-signed with the Lions this offseason after spending 2015 as the team’s No. 2 signal-caller behind Matthew Stafford. However, the Lions drafted Michigan’s Jake Rudock in the sixth round of this year’s draft–the first time Detroit has drafted a QB since selecting Stafford himself in 2009–and that selection immediately put Orlovsky’s job in jeopardy. After all, new GM Bob Quinn was raised in a Patriots system that typically keeps just two quarterbacks, and rarely has the backup been a veteran.

But Dave Birkett of The Detroit Free Press writes that both head coach Jim Caldwell and OC Jim Bob Cooter sang Orlovsky’s praises after the conclusion of OTAs on Thursday, and as Rudock is a fairly raw prospect, the Lions may wind up keeping three quarterbacks in 2016, or even trying to stash Rudock on the practice squad. In any event, it is far too early to count Orlovsky out of the picture.

Now for more from the Motor City: