The Ravens will sign wide receiver Michael Floyd to a one-year deal, according to Ian Rapoport of NFL.com (on Twitter). Floyd, who was once a standout in the Cardinals’ offense, spent last season with the Redskins. 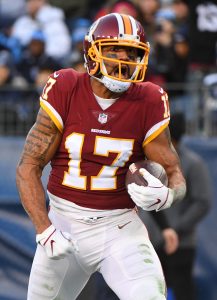 Floyd didn’t see a whole lot of action with Washington, making just three starts and notching only ten catches for 100 yards. But, he has three 800-plus-yard receiving seasons on his resume dating back to his time in Arizona.

The Monday workout that led to Breshad Perriman earning a Redskins contract also produced another offer, and Michael Floyd will be another new wideout coming to Washington full-time. 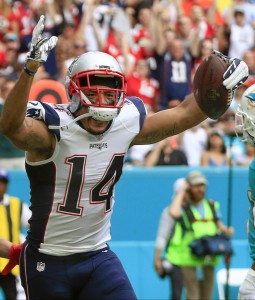 Floyd will sign with the Redskins, according to NFL.com’s Ian Rapoport (on Twitter), and join Perriman in adding to the team’s fluid receiving corps.

Perriman, Floyd and Kendall Wright were among the notable receivers to audition for Washington on Monday morning. Floyd, who has three 800-plus-yard receiving seasons on his resume, will follow Perriman as a likely depth piece for the reeling Redskins.

Washington placed rookies Cam Sims and Trey Quinn on IR, along with second-year man Robert Davis. And Paul Richardson entered Week 2 with a questionable designation because of a shoulder injury.

Floyd was most recently with the Saints, who signed him late in the offseason and cut him after the preseason slate. He has not played a regular role on a team since the Cardinals cut him in 2016 after an off-field incident. The former first-round pick did post three 800-plus-yard seasons, but those came from 2013-15. He caught 10 passes for 78 yards with the Vikings last season.

Michael Floyd has found a new home. Nick Underhill of The New Orleans Advocate reports (via Twitter) that the veteran wideout has signed with the Saints.

The embattled wideout spent the 2017 season with the Vikings, hauling in 10 catches for 78 yards in 11 games (one start). While the 28-year-old had expressed interest in sticking around Minnesota, he was only able to garner a single workout with the Ravens back in March.

Floyd broke onto the scene in 2013 with Arizona, compiling 1,041 yards and five touchdowns. However, the former first-rounder’s numbers and role continued to decline over the next few years. Following a 2016 DUI arrest, Floyd was let go by the the Cardinals. He caught on with the Patriots for their 2016 Super Bowl run before landing with Minnesota last offseason.

Michael Thomas is entrenched atop the Saints’ receiver depth chart, while Ted Ginn Jr. and Cameron Meredith are also expected to start. However, Floyd could conceivably battle for snaps with any of the team’s other rostered wideouts, including Brandon Coleman, Tre’Quan Smith, and Josh Huff (who is suspended for the first two games of the upcoming campaign).

Late last year, Floyd expressed a desire to return to Minnesota. But, so far, we haven’t heard much on that front.

“I would like to stay here, for sure,” Floyd said in December. “I love this place.”

Once regarded as the heir apparent to Larry Fitzgerald, Floyd slipped down the depth chart in Arizona. When he was cuffed for a DUI in December of 2016, that proved to be the last straw for the Cardinals. He was claimed off of waivers by the Patriots, but didn’t see much in the way of playing time. Last offseason, he hooked on with Minnesota, but was not much of a factor in their offense.

On the plus side, Floyd says he’s on the straight and narrow.

“The partying stopped,” he told Chris Tomasson of the Pioneer Press. “I was going out all the time and having fun. Now, I’m mostly focused on work and hanging out with my teammates. … I go out now, but I don’t drink.”