Running back Thomas Rawls has signed a futures deal with the Jaguars, according to Ian Rapoport of NFL.com (on Twitter). Rawls, who previously spent time with the Bengals and Seahawks, could help fortify Jacksonville’s depth. 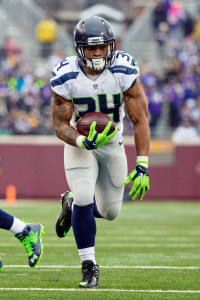 Rawls had 830 yards as a Seahawks rookie in 2015 and the league is still waiting on a revival. He averaged just 3.0 yards per carry for Seattle between 2016 and 2017 and was unable to make the Jets’ final cut last offseason. He hooked on with the Bengals soon after, but only dressed for one game and did not register a carry.

Reserve/futures contract deals will go into effect on the first day of the 2019 league year, with players joining their respective clubs’ offseason 90-man rosters. These are low-cost and low-risk deals, so the Jaguars could easily drop Rawls between now and March if they have a change of heart. If he stays on the offseason roster, there’s no assurance that he’ll make the final cut in the fall.

Junior Galette‘s spent the first six games of the season as a free agent, publicly lamenting his misstep in spurning a Redskins offer earlier this offseason. 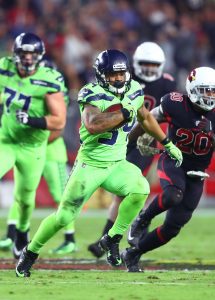 The Colts are taking a look at the veteran edge defender, Adam Schefter of ESPN.com reports (on Twitter), while also examining Thomas Rawls.

Galette previously auditioned for the Rams, but the edge rusher-thin juggernaut opted not to sign him over the summer. He missed all of the 2015 and ’16 seasons because of preseason injuries but returned last year to play in 16 games for Washington. The 30-year-old defender best known for delivering back-to-back 10-plus-sack seasons with the Saints — in 2013-14 — registered three sacks last season.

The Colts have received some unexpected pass-rushing contributions this season. Linebacker Darius Leonard and suddenly rejuvenated defensive end Margus Hunt each have four sacks for Indianapolis, with young journeyman Jihad Ward registering three. Jabaal Sheard also has three sacks for the Colts. However, Indianapolis was without both Hunt and Denico Autry (two sacks) on Sunday.

Rawls played in one game this season, with the Bengals, but has not been able to re-establish his career away from Seattle.

The Bengals have waived running back Thomas Rawls, according to a team announcement. Rawls signed with the Bengals on Sept. 19 but lasted less than a month with the club.

Although Rawls was on the Bengals’ roster for multiple weeks, he was only on the active roster for their Week 5 win over the Dolphins. He did not touch the football in that game or record an official statistic.

Rawls spent the offseason with the Jets and many believed that he would wind up as active participant in their running back committee. However, he was bounced during the club’s final cuts. Rawls had 830 yards as a Seahawks rookie in 2015, but hasn’t done much since then.

The release of Rawls is a good indication that backup Giovani Bernard is nearing his return from a sprained MCL. Bernard is expected to miss Sunday’s showdown with the Steelers, but a return on Oct. 21 against the Chiefs remains possible.

The Bengals have signed running back Thomas Rawls, according to a club announcement. To make room, fellow running back Tra Carson has been waived/injured.

Rawls spent the offseason with the Jets and many believed that he would emerge as an active participant in their running back committee. However, he was bounced during the club’s final cuts, and placed back on the free agent pile. Rawls flashed as a rookie with the Seahawks, amassing 830 yards in 2015. Unfortunately, he hasn’t done much in the last two years, so he’s looking to prove himself all over again.

Rawls will provide the Bengals with depth at running back while Joe Mixon heals up from a knee issue. In the interim, Giovani Bernard is expected to serve as the lead back with fourth-round pick Mark Walton as his primary understudy.