Eric Stokes became the latest first-round pick to sign his rookie contract Wednesday. The Packers now have all but one member of their 2021 draft class signed. 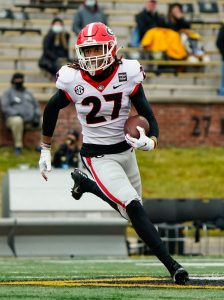 Green Bay added Stokes with the 29th overall pick, continuing a heavy emphasis on the cornerback position in the draft. The Packers chose Jaire Alexander in the 2018 first round and have used first- or second-round picks on corners six times since 2015. Stokes will be expected to play a key role for the Packers as a rookie.

Scouts Inc. viewed the Georgia alum as a bit of a reach, ranking him 71st among this year’s prospects. The Packers were viewed by many — including the Ravens — to be eyeing Minnesota wide receiver Rashod Bateman with their first-round pick, but Baltimore swooped in at No. 27 to select him. Stokes, however, was a first-team All-SEC pick in 2020 and a second-teamer in the powerhouse conference in 2019. He intercepted four passes last season and logged 18 throws defensed from 2018-19, seeing steady action in all three of his Bulldogs seasons. The 6-foot defender declared for the draft after his junior year.

The Packers have Alexander back, with the Louisville product positioned as a possible long-term No. 1 corner, and re-signed Kevin King this offseason. Stokes will join this mix. With this contract, only third-round wideout Amari Rodgers is unsigned from this year’s Packers draft haul.

The Buccaneers look to be one of the many teams set to carry a franchise tag number on their payroll this season. Shaquil Barrett and the Bucs were believed to be far apart on terms over the weekend, and the breakout pass rusher expects to play this season on the tag.

“I still have some hope for it, but I’m more optimistic for the one-year to get done over a long-term deal.”

The COVID-19 pandemic has clouded the NFL financial picture. Although some teams have come to extension agreements, most franchises have held off. Of the 15 players who received the franchise tag this year, only one (Chris Jones) has reached an extension agreement. With Barrett upping his single-season sack career high from 5.5 to a Bucs-record 19.5, he profiled as a possible “prove it” player. It looks like the sides will huddle up again after the season.

Are owners getting more comfortable with the idea of the Las Vegas Raiders? One anonymous owner thinks that Mark Davis & Co. have a chance of getting NFL approval for the move. 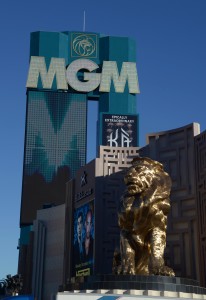 “I think it would be a tough sell, but I don’t think it’s impossible,” the unnamed owner told Gary Myers of the New York Daily News. “If they put such a good deal in front of the Raiders, it has a chance of getting support. I would prefer not to have the Raiders there. I would prefer they stay where they are. Oakland is a great market, but if there is no opportunity to put a stadium there, it would be hard to blame them for moving. I wouldn’t necessarily be opposed to it if it’s the best alternative. If it’s between Las Vegas and being stuck in an awful stadium, there is nowhere else to go.”

The owner added that it would be “a concern to have exposure to” gambling, however, and that aspect of it would have to be discussed until every owner was “comfortable with it.”

Free agency, which opened more than two months ago, feels well behind us now, but technically one of the top free agents of the offseason remains available. Jimmy Graham was franchised by the Saints, meaning he can’t freely sign with another club, but he can still sign an offer sheet if there’s a team out there willing to give up two first-round picks to land him. And according to Mike Freeman of the Bleacher Report, that’s not a total pipe dream — Freeman hears from multiple sources that there are still some teams “strongly considering” extending an offer sheet to Graham.

I’d be surprised if another team ended up make a serious play for the Saints tight end, who would require a sizable chunk of cap space in addition to his suitor being willing to give up two first-rounders. But with a hearing looming next month to determine whether Graham will be considered a tight end or a wide receiver, it’s a situation worth keeping an eye on. Here’s more from around the NFC South: