Nick Foles, who remains out indefinitely due to a broken left clavicle bone that was suffered last week against the Chiefs, had surgery this past Monday. During the procedure, Foles had plate and screws utilized while fixing the clavicle to ensure long-term health, and a source said it was a clean, straight-forward break, according to NFL.com’s Ian Rapoport.

In preparation for his return, Foles will have multiple scans before setting foot on the field, with all parties wary of a re-break. Assuming everything heals properly, he’ll begin practicing the week before the Houston game in Week 9, then have the bye, then be back with the Jaguars Week 11.

Filling in for Foles is rookie Gardner Minshaw, who was named the league’s Rookie of the Week for his admirable performance against the Chiefs last week. Minshaw will remain the starter for the foreseeable future.

Lets’ check out some more injury notes from around the NFL:

Despite earlier reports suggesting that he could miss at least a month of the regular season, we heard a few weeks ago that new Seahawks defensive end Ziggy Ansah was expected to be ready for Week 1.

And that timeline still seems accurate, as Brady Henderson of ESPN.com writes that Ansah practiced for the first time with his Seattle teammates today. Henderson says that Ansah, who had been limited to training on side fields, was seen taking part in warmups and positional drills. The longtime Lion is trying to rebuild strength in his surgically-repaired shoulder and to recover from a more recent groin injury.

Since Seattle likes to have players returning from long, injury-related absences to practice for at least two weeks prior to suiting up for game action, it’s significant that Ansah returned to the practice field 12 days before the team’s September 8 opener against Cincinnati. Head coach Pete Carroll said, “[j]ust to get the newness out of him and have a couple days to get back to practice again, I think will be really important to him … He has worked really hard on the outside, he’s been doing all kinds of drills and movement stuff and throwing heavy things and butting into stuff and all that to get ready and we feel very secure that he’s ready to go now.”

Ansah will not play in the team’s preseason finale, but his presence should be a boost to a Seattle pass rush that lost Frank Clark and will be without Jarran Reed for the first six games of the season.

The Seahawks’ defensive line has taken some hits this offseason. After the Frank Clark trade, Jarran Reed encountered a six-game suspension and first-round pick L.J. Collier suffered an ankle sprain that’s expected to sideline him a while.

Ziggy Ansah, however, tentatively stands to provide much-needed assistance. The seventh-year defensive end avoided the PUP list and has a good chance of being in Seattle’s starting lineup by Week 1, per Pete Carroll.

“I’m counting on it that he’s going to make it,” the 10th-year Seahawks coach said during an interview with KJR Radio (via Pro Football Talk) of Ansah returning in time for the regular season. “I don’t see any reason that he wouldn’t. He’s doing great, has made progress throughout. I’m not really concerned about the preseason games for him. I just want to get him to game time if we can.”

Carroll hopes Ansah will be able to practice fully in the coming weeks. The longtime Lions defensive end has spent the past several months recovering from shoulder surgery. Should Ansah return in time for the Seahawks’ opener against the Bengals, he will be by far the most accomplished defensive lineman in the team’s lineup.

Ansah, 30, signed with the Seahawks shortly after the draft. Injuries, however, have limited the former top-five pick for much of his career. Most recently, he missed nine games for the 2018 Lions. He registered 12 sacks in 2017, prompting the Lions to use their 2018 franchise tag on him. Ansah has two seasons of at least 12 QB drops, having recorded 14.5 in a Pro Bowl 2015 campaign.

Although Seahawks fans are surely frustrated by the surprising and controversial six-game suspension for DT Jarran Reed, they will be happy to hear that new defensive end Ezekiel Ansah will avoid the PUP list and will open training camp on the active roster. Tom Pelissero of the NFL Network passes along the good news (via Twitter), though he cautions that Ansah will be limited early as he continues to rebuild strength in his shoulder. 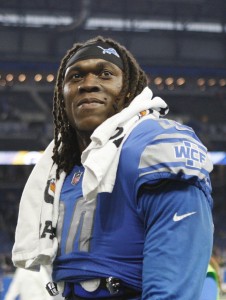 But as Bob Condotta of the Seattle Times notes, the fact that Ansah will not start training camp on the PUP list indicates that his recovery has gone at least as well as expected thus far. Although reports from May indicated that Ansah could miss games, today’s news suggests he could be ready for Week 1.

Health, of course, has been an issue for the former Lions standout. The 30-year-old has 48 career sacks to his credit, including 14.5 from his Pro Bowl campaign in 2015. He also notched 12 sacks in 2017, but the years sandwiched in between have been filled with injuries and disappointment. Last year, Ansah registered four sacks in seven games after the Lions hit him with the pricey franchise tag.

In case you missed it, the Seahawks bolstered their D-line by signing Earl Mitchell earlier today.

New Seahawks’ defensive end Ezekiel Ansah still is recovering from shoulder surgery that is expected to keep him out of training camp or longer, Adam Schefter of ESPN.com (on Twitter) hears. Furthermore, some league sources believe Ansah could miss the first month of this season, if not more. 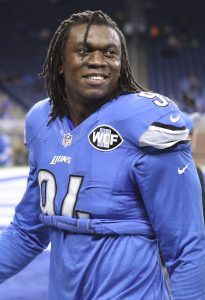 The Seahawks inked Ansah to a deal late Wednesday night, allowing them to skirt any possible compensatory pick formula ramifications. On the surface, it was a brilliant way to bolster an edge rush that can use a lift following the Frank Clark trade. However, the Ansah signing won’t do them a whole lot of good if he’s not on the field.

Health, of course, has been an issue for the former Lions standout. The soon-to-be 30-year-old has 48 career sacks to his credit, including 14.5 from his Pro Bowl campaign in 2015. He also notched 12 sacks in 2017, but the years sandwiched in between have been filled with injuries and disappointment. Last year, Ansah registered just four sacks in seven games after the Lions hit him with the pricey franchise tag.

The Bills were also in the mix for Ansah, but the Seahawks won out. With Seattle, Ansah will join first-round pick L.J. Collier in a new-look edge unit.

The Seahawks won out for Ziggy Ansah. The former Lions defensive end will head west on a one-year deal, Ian Rapoport of NFL.com reports (on Twitter).

Ansah will sign his deal on Thursday, Rapoport tweets. This will take a key free agent off the board, a day after UFA signings became disconnected from 2020 compensatory picks.

It appeared the Seahawks and Bills were vying for Ansah, with Brandon Beane remarking hours ago his team was still negotiating with the former Pro Bowl pass rusher. But the Seahawks, who had a much bigger immediate need at defensive end, will make the addition. Ansah will join first-round pick L.J. Collier in a new-look Seattle edge corps.

The Seahawks’ Frank Clark trade left them vulnerable on the edge. They used the No. 29 overall pick on Collier, who maxed out at six sacks in his best TCU season, but now have a former top-five pick in the fold. Ansah has struggled with injuries, his most recent shoulder malady set to keep him out until perhaps midway through training camp, but has been productive when healthy. The soon-to-be 30-year-old edge presence has 48 career sacks, his 14.5 in 2015 sending him to the Pro Bowl and the 12 in 2017 inducing the Lions to place their franchise tag on him last year.

Seahawks Ahead In Ziggy Ansah Pursuit

Ziggy Ansah has made several visits this offseason. The team that secured the most recent visit appears to be the leader to land him.

The Seahawks have emerged as the frontrunners to sign the former Lions sack artist, Ian Rapoport of NFL.com tweets. Although, the Bills — who also hosted Ansah this offseason — remain interested, with no deal being finalized between the former top-five pick and the Seahawks.

Just shy of his 30th birthday, Ansah met with the Seahawks in late April. The team has an obvious need at defensive end, having traded Frank Clark to the Chiefs. While Seattle selected L.J. Collier with the pick acquired from the Chiefs, the team almost certainly needs veteran help here.

Ansah has also visited the Bills, Ravens and Saints. Buffalo is a bit deeper on the edge than Seattle, but with Shaq Lawson a perpetual trade candidate, the AFC Ansah suitor may possess a slightly bigger need than it would appear. Jerry Hughes is also entering a contract year and his age-31 season. Though, Trent Murphy profiles as a superior option to any of the Seahawks’ veterans at this point. Cassius Marsh and Nate Orchard joined the Seahawks this offseason but profile more as potential depth pieces than starters.

The shoulder injury that dogged Ansah last season required offseason surgery and resulted in this lengthy free agency stay. Ansah’s plan was to wait until at least mid-April to sign. Now that the deadline for UFAs to count against the 2020 compensatory formula has elapsed, it’s understandable Ansah’s market has accelerated. While Ansah may not be cleared until midway through his next team’s training camp, it appears he will decide on a destination soon.