Tuesday marked a significant day for the Jets, with their new front office power players forming. A day later, more clarity has emerged on how Joe Douglas‘ first staff will look. While the respective roles for Rex Hogan (assistant GM) and Chad Alexander (director of player personnel) became known Tuesday, the Jets announced Phil Savage‘s a day later. The former Browns GM and Ravens player personnel director will serve as a senior football advisor. Savage has not worked on an NFL staff since the 2012 season.

Additionally, the Jets filled some front office positions by promoting holdovers brought in by previous regimes. Eleventh-year Jets staffer Greg Nemjeh will become the team’s new director of pro personnel, and 13th-year Jets staffer Dan Zbojovsky the team’s new director of personnel operations. Kevin Murphy, a Jets pro scout the past two years, will rise to the position of pro scouting director. The team also added Chris Nolan as a college scout. Nolan was an Eagles staffer during Douglas’ Philadelphia stay. Nolan will serve as an area scout, per veteran NFL reporter Howard Balzer (on Twitter).

Here is what’s going on outside the Big Apple in the AFC Wednesday:

Former Browns GM and Senior Bowl executive director Phil Savage is expected to join the personnel staff of new Jets GM Joe Douglas, sources tell Ian Rapoport of NFL.com (on Twitter). His exact role is not yet known, but barring a snag, an announcement should come this week. 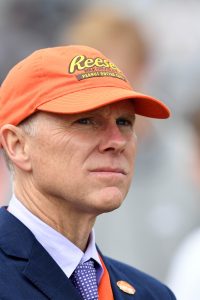 Savage interviewed for a front office position recently. This will be his first NFL role since the 2012 season, when he enjoyed a brief stay on Howie Roseman‘s Eagles staff. His most recent post came with the now-defunct Alliance of American Football. Before the league’s collapse, the Arizona Hotshots hired Savage as their GM.

Prior to Savage’s tenures in Cleveland and Philadelphia, Douglas and Savage worked together in Baltimore. When Douglas broke into the scouting world, Savage served as both the Ravens’ college scouting director and their director of player personnel. Douglas began working with the Ravens during their 2000 Super Bowl season, and his time with the franchise overlapped with Savage’s by five years. The Browns hired Savage in 2005.

His time in Cleveland did produce the franchise’s most recent winning season — a 10-6 mark in 2007 — but it ended after four seasons. The team’s decision to trade up to select Brady Quinn in ’07 did not end up working out, and despite signing an extension in 2008, Savage was fired at the conclusion of that season.

This will mark the first of a few hires in the Douglas front office. Todd McShay pulled his name out of contention for a position, but Bears executive Champ Kelly — who interviewed for the GM job that went to Douglas — is believed to be in the mix for a Jets post under Douglas.

The Jets are set to speak with ESPN analyst Todd McShay and former Browns GM Phil Savage this week about roles in the front office, according to ESPN.com’s Rich Cimini (on Twitter). Both men have ties to new GM Joe Douglas and could be fits for the revamped evaluations department. 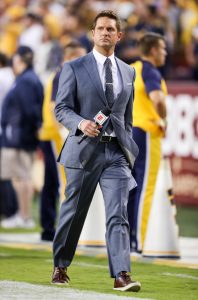 Savage has served as both a coach and an executive during his long football career. After a decade with the Ravens, he moved on to the Browns and ascended to the role of GM. In the 2007 draft, he selected team pillar Joe Thomas No. 3 overall, but also traded up to select Notre Dame’s Brady Quinn, who turned into yet another quarterback flop for Cleveland. He was fired in 2008, and eventually moved on to the Eagles. While he didn’t overlap with Douglas in Philly, the two men worked together while in Baltimore.

McShay and Douglas, meanwhile, were college teammates. McShay was the scout team quarterback at the University of Richmond where Douglas was an offensive lineman. Given McShay’s high profile (and presumably large salary) at ESPN, it’ll probably take a major title to lure the draft analyst away from TV.

Interestingly, McShay is not the first media member to be connected to a Jets front office position. Earlier this offseason, NFL Network’s Daniel Jeremiah was reportedly being considered for a job, though he declined the opportunity. There was also talk of NFL Network’s Peter Schrager having some level of involvement in the Jets’ GM search, though he denied those reports.

Yesterday, the Jets succeeded in hiring their top GM target, as the organization inked Joe Douglas to a six-year contract. Manish Mehta of the New York Daily News tweets that their new GM will earn $3MM per year. This is a significant increase over the team’s initial $1.5MM offer, but Douglas’ refusal to immediately accept the gig forced the Jets to up the ante.

The $3MM salary isn’t outrageous for a first-time general manager, as top executives usually take in around $4MM annually. On the flip side, it isn’t chump change, and the modest monetary investment implies that Jets ownership is willing to give their new GM a relatively long leash.

Let’s check out some more notes out of New York…

The Jets are set to interview Eagles vice president of player personnel Joe Douglas this weekend for their general manager opening. Jason La Canfora of CBSSports.com tweets that the “scouting community” assumes that Douglas will ultimately be hired for the gig.

If this ends up being the case, La Canfora notes that it will have an impact on some of the organization’s other front office hirings. For instance, the reporter says NFL Network’s Daniel Jeremiah would not be joining Douglas’ hypothetical staff. On the flip side, former Browns GM (and recent AAF GM) Phil Savage could be a possibility for a role.

Douglas has been considered a frontrunner for the position for some time. The executive spent the past three seasons as the Eagles’ vice president of player personnel, and he played a major role in constructing the Super Bowl LII-winning roster. He was reportedly in consideration for the Texans’ GM position in 2018, but the Eagles denied Houston’s interview request.

Following former GM Mike Maccagnan‘s firing, Jeremiah surprisingly emerged as an option for “a prominent front-office position.” However, the NFL Network analyst later said that he never talked with the organization. Considering his lack of front office experience, it’s unlikely the Jets considered for much more than a lead scouting role.

Savage has served as both a coach and an executive during his long football career. He had a front office stint with the Ravens that lasted almost a decade, and he eventually moved on to Cleveland as their GM. Savage made headlines during the 2007 draft, when he selected lineman Joe Thomas third-overall before trading up for quarterback Brady Quinn. Savage was fired in 2008, and he spent the following few years with the Eagles. In 2019, the 54-year-old served as the general manager for the Arizona Hotshots of the Alliance of American Football.