The Giants continue to entertain the prospect of Brian Daboll not calling plays when the season opens. Offensive coordinator Mike Kafka will hold that responsibility in the team’s preseason opener Thursday, via the New York Post’s Ryan Dunleavy. Working behind Andy Reid and Eric Bieniemy as Chiefs quarterbacks coach, Kafka was not in a play-calling position in Kansas City. The former NFL backup QB also was not expected to be a play-calling OC, with Daboll being at the controls for Josh Allen‘s star turn. Daboll has not ruled out calling plays himself, but this matter being uncertain entering the preseason is an interesting development for the team.

Mike McCarthy has hired several notable assistants to his first Cowboys staff, and the ex-Packers coach is considering making another big addition. The Cowboys are interviewing former Vikings defensive coordinator George Edwards for a staff position, Todd Archer of ESPN.com tweets. While Dallas hired Mike Nolan as DC, McCarthy and Edwards have a long history in the NFC North. The pair coached against one another for years when McCarthy ran Green Bay’s offense, and Edwards has a history in Dallas. He spent four seasons (1998-2001) as the Cowboys’ linebackers coach — his first NFL gig. Edwards, 53, was believed to be in the mix for the Browns’ DC job, but the team prefers 49ers secondary coach Joe Woods for the post.

Cardinals WR Larry Fitzgerald did not announce that he would return for the 2018 season until mid-February of 2018, and it appears that we could have a similar wait in 2019. Fitz told ESPN’s Adam Schefter earlier this week that he would take some time to collect his thoughts after a difficult 3-13 season, but that the team’s recent hiring of new head coach Kliff Kingsbury would not sway him one way or another. If Fitz does decide to play, he would technically be eligible for free agency, but it is impossible to imagine him playing for a team other than Arizona.

The Broncos have been connected to quarterback Tony Romo, whom they could pursue in free agency if the Cowboys cut him, but head coach Vance Joseph insisted Tuesday that Denver’s 2017 starter is already on its roster. On whether he’s committed to Trevor Siemian and Paxton Lynch, Joseph said (via Jeff Legwold of ESPN.com): “Absolutely, I am. They’re both smart guys. Obviously different skill sets, but I’m committed to both of those kids. They’re good football players and we’ve got to build around those guys.” Joseph’s offensive coordinator, Mike McCoy, echoed his boss, saying he’s “happy with the guys we have.”

After the Broncos hired Joseph and McCoy last month, Mike Klis of 9News reported that the club would rather start Lynch than Siemian next season. As a first-round rookie last year, Lynch sat behind Siemian – who fared OK in his first season as a No. 1 – but did see action in three games and pick up two starts. 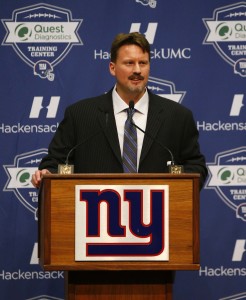 A January report indicated that getting an extension done with Tyrann Mathieu will be a top priority for the Cardinals this offseason, and GM Steve Keim confirmed as much during an appearance on Arizona Sports 98.7FM on Thursday (link via Adam Green of ArizonaSports.com).

“It’s hard to say that that we’ll be able to get something done for sure, but we certainly have that goal in mind and there’s no doubt that this organization wants Tyrann Mathieu to be a fixture here for years,“ Keim said.