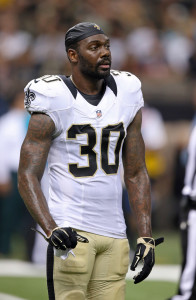 A former first-round pick in 2008, Phillips played six seasons in the NFL, with an injury-induced two-season hiatus coming in between stays with the Giants and Saints.

Phillips enjoyed his best season for the 2011 Super Bowl champion Giants, intercepting four passes and making 82 tackles in the regular season and starting 19 of Big Blue’s 20 total contests during their most recent playoff campaign. The Miami Hurricanes product missed most of the 2009 season due to a knee injury that required microfracture surgery and sprained his left MCL in 2012, his final season in New York.

After signing with the Eagles in the ensuing offseason, Phillips struggled and didn’t make it past the preseason. The Saints offered Phillips a tryout in 2014 after he’d missed two seasons due to issues recovering from surgeries on both knees. They signed him to a reserve/futures contract after the 2014 season before deploying him in three games during the 2015 slate. Although Phillips started each of those contests, New Orleans released him last October once Jairus Byrd returned to full strength.

Phillips, released by New Orleans as the team reduced its roster to 53 players before the season began, rejoined the Saints after Week 1, and has started three games since then. The former first-round pick, who spent the first five years of his NFL career with the Giants, logged 12 tackles this year with the Saints.

The Saints have yet to make an official announcement to confirm the transaction, but it would make sense if Phillips’ release was the corresponding roster move for the signing of punter Brandon Fields, a deal reported earlier this afternoon.