The Dolphins’ left tackle to start the season, Julien Davenport will have a chance to make another impression on his second NFL team. Miami activated the third-year blocker from IR, Cameron Wolfe of ESPN.com tweets.

Veteran J’Marcus Webb has started in Davenport’s place, but the rebuilding team will likely want to get a look at one of the pieces acquired in the Laremy Tunsil trade. Webb and Jesse Davis have been the Dolphins’ primary tackles this season.

A 2017 fourth-round pick, Davenport started 15 games for an embattled Texans line last season. Davenport suffered a hyperextended knee and a small crack in his tibia in practice sessions before Week 2. The Dolphins have deployed one of the league’s worst offensive lines this season but have won back-to-back games, so Davenport’s reintegration into the starting lineup may not be immediate. Davis, though, has experience at both tackle and guard and could move inside to accommodate the younger blocker’s return. 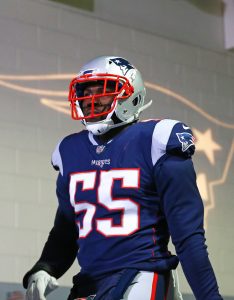