Thin at wide receiver, the Saints are promoting a familiar player to help fill the void. The team elevated Kenny Stills from its practice squad Saturday. 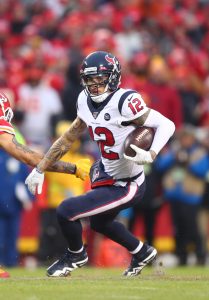 Should the Saints dress Stills for their Week 3 game against the Patriots, it will mark his first game with the team since 2014. Like former teammate Brandin Cooks, Stills has been involved in multiple trades since his most recent game as a Saint. New Orleans traded Stills to Miami in 2015; the Dolphins sent him to the Texans in 2019.

Stills’ most recent Saints slate remains his best yardage total to date, with the former fifth-round pick accumulating 931 in his second season. The veteran deep threat has 37 touchdown catches and 4,843 receiving yards as a pro. Much has changed since Stills’ last stint on New Orleans’ active roster. Only Cameron Jordan and Terron Armstead remain from that period.

The 29-year-old target has, however, hit a bit of a rough patch since the Texans acquired Cooks and reconfigured their receiving corps last year. Stills has not played in a game since the Texans faced the Patriots in Week 10 of last season. Houston released Stills last November. While the Bills signed him to their practice squad late last season, Stills did not suit up for Buffalo.

The Saints reacquired Stills on a practice squad deal last week. He will join a receiving corps in need. The Saints are down Michael Thomas until at least Week 7, due to his belated ankle surgery, and also have Tre’Quan Smith stashed on IR. New Orleans also elevated center Austin Reiter for Sunday’s game. Starter Erik McCoy remains out with a calf injury.

After working out Austin Reiter on Tuesday, the Saints reached an agreement to add the veteran center, Tom Pelissero of NFL.com tweets. Reiter will join a Saints team that lost starter Erik McCoy to a calf strain in Week 1.

The Saints are expected to sign Reiter to their practice squad and elevate him to their active roster before Sunday’s Week 2 game, per Pelissero. Reiter has been in free agency since March, though the former Super Bowl starter has been linked to multiple teams — the Bengals, Giants and Texans — this year.

Following McCoy’s injury, New Orleans shifted Cesar Ruiz from guard to center and summoned rookie UDFA Calvin Throckmorton to the starting lineup at guard in his first NFL game. Reiter will give the Saints considerable experience as a possible bench option or as a starting center. Such an arrangement would allow Ruiz to stay at guard, though the Michigan product did enter the 2020 draft with considerable center experience. Ruiz served as the Wolverines’ starting center from 2018-19.

Reiter, 29, served as Kansas City’s starting center over the past two seasons. The Chiefs, however, made wholesale changes on their offensive front this year. They replaced Reiter (and everyone else from their 2020 starting O-line) with second-round pick Creed Humphrey, while also adding ex-Rams starter Austin Blythe in free agency.

Saints center Erik McCoy will miss time due to a calf strain (Twitter link via NFL.com’s Tom Pelissero). While the team awaits word on his timetable, they’ll work out former Chiefs center Austin Reiter, per Pelissero. 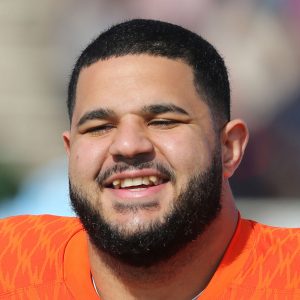 The Saints drafted McCoy in Round 2 of the 2019 Draft and immediately installed him as the starting center. They flirted with moving him to right guard at one point in time to make room for Cesar Ruiz, but his leadership in the middle was too valuable to lose.

Including Sunday’s blowout win over the Packers, Ruiz has started in all 33 of his games for the Saints. Now, he’ll be shelved for the first time in his young pro career.

Reiter, a Washington seventh-round pick in 2016, could offer some interim support. He spent the last couple of seasons as Patrick Mahomes‘ snapper, but Kansas City let him hit the open market. Reiter met with multiple teams, including the Bengals, Giants, and Texans, but went unsigned all offseason.