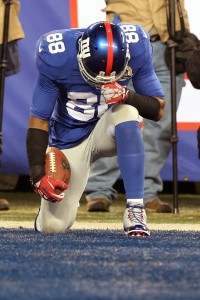 The Falcons and Saints have each added former Cardinals edge rushers over the past 24 hours, as Atlanta agreed to terms with Dwight Freeney while New Orleans inked Matt Shaughnessy. Both defenses were among the worst in the league at generating pressure last season, and the Falcons and Saints will hope that their new additions will help them get after opposing quarterbacks. For more on the Falcons, check back in with PFR later tonight for a recap of the Freeney signing and the rest of Atlanta’s moves in our latest Offseason in Review.

Let’s take a quick spin around the NFC South: 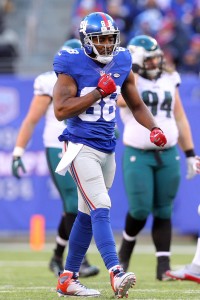 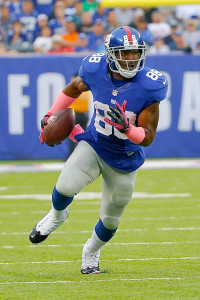 3:08pm: The Giants have officially signed Nicks, placing Cruz on injured reserve, the team announced today in a press release.

8:31am: After auditioning for a handful of potential suitors this year, veteran wide receiver Hakeem Nicks has finally found a new team — his old team. According to Mike Garafolo of FOX Sports (via Twitter), with Victor Cruz heading to the injured reserve list, the Giants are re-signing Nicks.

However, prior to the 2014 season, the former first-round pick signed a one-year deal with the Colts, and struggled to get much going with Andrew Luck and company, establishing new career-lows in receptions (38) and yards (405). Nicks signed with another AFC South team, the Titans, earlier this year, but was cut by Tennessee a week before the regular season got underway.

Since becoming a free agent in September, Nicks has worked out for several teams, including the Rams, Ravens, Patriots, Cowboys, and Saints. The North Carolina product also had an audition with the Giants, and will now return to his old team in the hopes of providing some veteran depth and perhaps replacing a little of the potential production lost when Cruz went down with a season-ending calf injury.

The Rams are bringing in a few veteran free agent receivers today, according to Adam Caplan of ESPN.com, who reports (via Twitter) that the club is taking a look at Wes Welker, Hakeem Nicks, and Vincent Brown.

While all three wideouts have enjoyed some NFL success, Welker’s résumé is the most extensive — the former Patriot and Bronco has racked up 890 career receptions to go along with 9,822 receiving yards. However, health concerns – including an extensive concussion history – have made teams shy away from Welker following his two-year stint in Denver, despite the fact that he wants to continue his career.

As for Nicks and Brown, both players performed well below their career benchmarks in 2014, and so far neither receiver has gotten an extended look in 2015, despite the fact that age shouldn’t be a concern, like it may be with Welker. Nicks and Brown are 27 and 26, respectively, as opposed to Welker’s 34.

While the Rams won’t necessarily sign any of the receivers they’re auditioning, the team may be contemplating adding some veteran depth at the position for Nick Foles‘ benefit. Outside of Tavon Austin, who has caught 28 balls and four touchdowns this season, no St. Louis wide receiver has more than 15 receptions or a single TD so far in 2015.

A day after losing Steve Smith Sr. for the season, the Ravens will work out a group of free-agent wide receivers that includes Hakeem Nicks, sources tell ESPN’s Ed Werder. The wide receiver has been making the workout rounds as he searches for a new team in 2015 and his most recent stop was with the Patriots.

Nicks, who spent his first five years with the Giants, posting multiple 1,000-yard seasons in New York, caught just 38 balls for 405 yards and four touchdowns last year in Indianapolis. He found a new home in free agency when he signed with the Titans earlier in the year, but Tennessee opted to keep just four wideouts on the roster to start the season, cutting Nicks in September. The veteran wideout has als0 worked out for the Saints, Cowboys, and Giants.