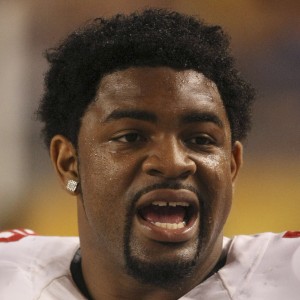 The Patriots have announced agreements with 16 undrafted free agents. Here is their full list:

This four-receiver group will join a Pats team that both did not draft a wideout and one that rosters a soon-to-be 34-year-old Julian Edelman and a soon-to-be 31-year-old Mohamed Sanu. The latter is entering a contract year.

None of the rookie quartet put up standout career numbers. Thomas, who is 5-foot-10 and 174 pounds, left school early. He surpassed 16 yards per catch in two Hurricane seasons. Zuber transferred from Kansas State but barely eclipsed 200 receiving yards at Mississippi State. The 5-8 Riley served as the Orange’s kick and punt returner. Hastings, who is 5-10 and averaged 20.2 yards per catch as a junior in 2018, will see $57.5K of his rookie deal guaranteed, per Tom Pelissero of NFL.com (on Twitter).

Harris finished his Razorbacks career with three straight 100-plus-tackle seasons and will see a sizable portion of his rookie deal guaranteed. The Pats are guaranteeing $140K of Harris’ contract, per NESN.com’s Doug Kyed (on Twitter). Bryant will receive a $50K guarantee, Kyed adds (via Twitter).

Taylor goes only 5-6, but he surpassed 3,000 rushing yards with the Wildcats in four seasons. While he only topped 30 receptions in one of those (2019), his 2018 season featured 1,434 rushing yards. Berry and Burt bring New England’s rookie tight end total to four, coupling with the two third-round picks the Pats used at the position. The two combined for just 40 career receptions.