The Titans are adding another safety. On Friday, the Titans agreed to sign Stephen Terrell, according to Ian Rapoport of NFL.com (on Twitter). 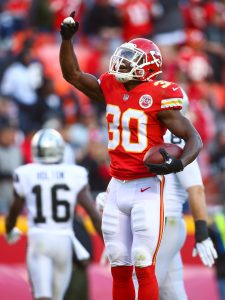 Terrell was one of several safeties to audition for the Titans late last week. He now joins the club following the signing of Kenny Vaccaro. Vaccaro will likely start in place of the injured Johnathan Cyprien, but Terrell may find a role as a backup.

Terrell spent the first three seasons of his career with the Seahawks and enjoyed a bit of a breakout season in 2016. After having appeared in 16 games between 2014 and 2015, the safety appeared in 16 games (five starts) in 2016, finishing with a career-high in tackles (27). Last year, he hooked on with the Chiefs and appeared in ten contests.

The Titans are casting a wide net in their search for safety help. Former Seahawks and Chiefs safety Steven Terrell took part in the team’s tryouts on Friday, according to Tom Pelissero of NFL.com (on Twitter). 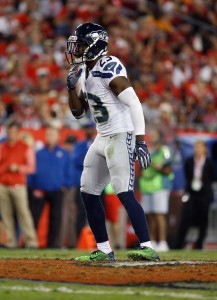 The Titans were dealt a tough blow this week when they lost strong safety Johnathan Cyprien for the year with an ACL tear. Shortly after the diagnosis, the Titans scheduled Friday workouts with the following players, in addition to Terrell:

Terrell spent the first three seasons of his career with the Seahawks and enjoyed a bit of a breakout season in 2016. After having appeared in 16 games between 2014 and 2015, the safety appeared in 16 games (five starts) in 2016, finishing with a career-high in tackles (27). Last year, he hooked on with the Chiefs and appeared in ten contests.

The Chiefs have released safety Steven Terrell, according to Terez A. Paylor of the Kansas City Star (via Twitter). The 26-year-old signed with the organization back in July.

The former undrafted free agent out of Texas A&M got an extended look from Kansas City during the preseason, and he ultimately compiled 17 tackles in four games. However, the organization was already eyeing a logjam at safety, and Terrell was seemingly the odd man out. The organization is now rostering three safeties behind starters Ron Parker and Eric Berry, including Daniel Sorensen, Eric Murray, and Leon McQuay III.

Terrell had spent the past three seasons in Seattle, and he had a bit of a breakout in 2016. After having appeared in 16 games between 2014 and 2015, the safety appeared in 16 games (five starts) in 2016, finishing with a career-high in tackles (27). Terrell has also spent time with the Jaguars and Texans.