Jets wide receiver Quincy Enunwa was fined $27,900 by the team for missing two days of treatment, according to ESPN’s Rich Cimini. The wideout later took to Twitter to blast the team for the punishment.

“I normally chill on putting issues on twitter, but this doesnt sit right with me,” Enunwa wrote. “Given everything that’s going on around the team I thought this could’ve been handled so many different ways…I missed those two days, because I took my VETERAN wife out for Veterans Day lunch and because I had to handle an emergency in my house. I let the team know this after the fact, and yes, I should have told them beforehand, but I feel like this was excessive…I’m on IR trying to get back to play so I never thought that they’d be worried about me missing, but obviously I was wrong.”

Enunwa, who’s currently on the injured reserve with a neck injury, revealed that there’s only a 50% chance he ever sees the field again.

It doesn’t sound like Adam Gase will be one-and-done. On Wednesday, owner Christopher Johnson told reporters that Gase will not be fired after the season. Johnson added that he believes in Gase, and that apparently extends to the staff – Johnson doesn’t believe there will be any other coaching changes made between now and the end of the year. 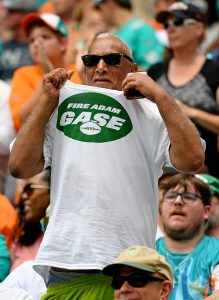 This jibes with a previous report from Manish Mehta of the Daily News, indicating that neither Christopher nor Woody plan on canning Gase. Its been a rough year for Gang Green, but they still feel that Gase is the answer. Even if there are some doubts, they’re not about to eat the remainder of Gase’s $20MM contract, which runs through the 2021 season.

The Jets rank last, or near the bottom, of many key offensive categories this season, despite Gase’s rep as an offensive guru. On the plus side – they’re coming off of a win over the rival Giants, though that was just their second win of the season.

Next up for the Jets: a Sunday showdown with the Redskins, followed by a return home to face the Raiders. At 2-7, the Jets will not be in the playoff chase, but they do project to land the No. 5 overall pick in the 2020 draft.

Things certainly haven’t worked out during Adam Gase‘s first season in New York, but it sounds like the Jets head coach isn’t at risk of losing his job. Sources told Manish Mehta of the New York Daily News that “Woody and Christopher Johnson currently have no plans of making a coaching change at the end of the season.” 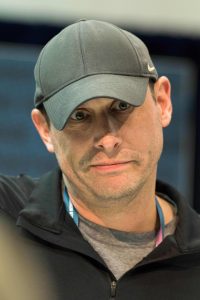 Even with the team’s putrid performance in 2019, it’s not entirely shocking that Gase will get at least a second season with the Jets. The team made a relatively big commitment to the coach when they signed him to a four-year deal that’s estimated to be worth upwards of $20MM. Considering the front office turnover and injuries throughout the roster, you can’t necessarily blame the organization for giving Gase another chance.

Of course, that hasn’t stopped fans and pundits from calling for Gase’s firing. In fact, a plane was seen pulling a ‘FIRE ADAM GASE NOW’ banner over New York City this week (via the NYDN). This came after a (somewhat) surprising loss to the rebuilding Dolphins, dropping the Jets to 1-7 on the season.

Mehta also provides a long list of damning stats: the Jets rank last in the NFL in scoring, passing, and rushing. Considering Gase’s reputation as an offensive guru, the results are disappointing. Further, the head coach has been unwilling to take responsibility for the team’s performance, with one rival GM referring to Gase as “a professional excuse maker.”

Despite all of this, ownership isn’t ready to pull the plug. We all know things can change quickly in New York, but it’s sounding like Gase will be on the sideline come Week 1 of the 2020 campaign.

C.J. Mosley’s Season Could Be Over

The Jets’ season…is not going as well as they had hoped. The team’s franchise quarterback has missed significant time. One of their best offensive linemen is in a legal battle with the club. One of the team’s most expensive players is rumored to not like football while other players are being shopped around the league.

More fuel to the dumpster fire: C.J. Mosley, who came to the Jets this past offseason on a five-year, $85MM deal, is out of the line-up and Manish Mehta of the New York Daily News hears that Mosley playing again this season is in serious doubt.

Adam Gase was asked about the possibility of Mosley landing on IR and said that he believes “everything’s on the table right now.” The club’s medical team has been doing a “deep dive” into Mosley’s nagging groin injury and the franchise will provide more information after the weekend.

Adam Gase On Trumaine Johnson: It Hasn’t Worked Out

As part of their spending spree during the 2018 offseason, the Jets brought in Trumaine Johnson on a five-year, $72MM deal. Earlier this week, Johnson found himself benched against the Browns because of ineffective play.

“It just hasn’t worked out as well as we need it to. The good thing is we have a long ways to go,” head coach Adam Gase said (h/t Michael David Smith of PFT).

As our own Zach Links noted, releasing Johnson now would leave the Jets with $24MM in dead money and no salary cap benefit. Cutting him after the season would allow New York to save just $3MM against the cap but leave them with $12MM in dead money.