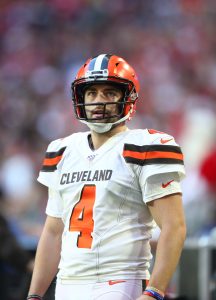 Both Browns kickers — incumbent Greg Joseph and fifth-round rookie Austin Seibert — missed their only field goal tries Saturday night. Although each came from beyond 50 yards, the Browns are now considering bringing in additional competition.

Freddie Kitchens said he and John Dorsey have discussed adding another kicker to their mix, Mary Kay Cabot of cleveland.com notes.

While it would certainly be odd for the Browns to go elsewhere, after spending a mid-Day 3 pick on one of the nation’s best college kickers, teams are quicker to give up on kicker draft picks than they are at nearly every other position. The Browns did this just last year, cutting 2017 seventh-rounder Zane Gonzalez two games into last season.

“To me, those critical errors are just as important as the missed field goals themselves because we’ve got to put them in a better position to make them. But are they expected to make a 53-yard field goal? Yes they are,” Kitchens said, via Cabot. “Am I concerned about it? No, because we’re not playing for real yet, but I will be.”

Joseph made 17 of 20 field goal attempts last season and went 1-for-2 from beyond 50 yards. Seibert was 17-for-19 as an Oklahoma senior and kicked for the Sooners for four years. Joseph made a 43-yarder in Cleveland’s preseason opener but missed an extra point. Seibert has yet to miss a PAT in his brief time as a pro. 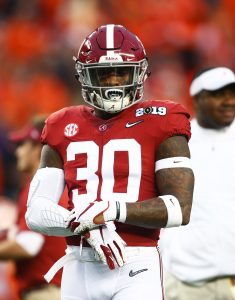