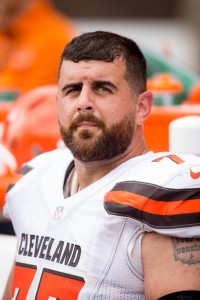 One of the moves that went under the radar was a move made on July 23rd, 2013. On that date, the organization signed offensive lineman John Greco to a five-year, $13MM deal. The contract featured only $3MM in guaranteed money.

Greco originally joined the Browns before the 2011 season, as the Rams traded their former third-round pick to Cleveland for a conditional seventh-rounder. Greco appeared as a backup in 15 games during the 2011 campaign, but he endeared himself to the organization in 2012 when he started 10 games in place of Jason Pinkston.

The Browns proceeded to ink Greco to a surprisingly lengthy extension, but the organization ended up getting plenty out of the offensive guard. The lineman started 56 games for Cleveland between 2013 and 2016, including a stint at center when regular starter Alex Mack was sidelined.

While Greco dealt with a handful of injuries during his tenure in Cleveland, he emerged as a dependable, reliable option for the coaching staff. While he certainly wasn’t a household name, the lineman consistently ranked in the top-20 of Pro Football Focus’ offensive guard rankings.

Cleveland made some changes to their offensive line before the 2017 season, adding Kevin Zeitler and center J.C. Tretter. Greco was ultimately cut by the Browns at the end of the preseason. He didn’t end up seeing the field during his subsequent stint with the Saints, but he appeared in 21 games (with seven starts) for the Giants between the 2017 and 2018 seasons.

While Greco’s career ended unceremoniously, he’s getting his time in the (PFR) limelight today.

Richard Sherman has taken some flack for his one-year deal with the 49ers, but he has no regrets about acting as his own agent.

“I don’t think any agent in the business could have done a better job of negotiating this contract,” Sherman told Peter King of The MMQB. “As long as I’m content with what I’m making, nothing else matters to me. Once I make a Pro Bowl, $8MM the next year is guaranteed for me. It gives me the ability to control my destiny. The 49ers have skin in the game. I have skin in the game. In my former contract, no matter what I did this year, nothing would be guaranteed to me next year. I couldn’t feel secure in my contract. Now, if I play the way I know I’m capable of playing, I know I’m going to get paid.”

Sherman’s deal is a three-year, $39MM pact, but a deeper look shows that the real base value is just $21.15MM with another $18MM coming in the form of bonuses. In order to earn the full $39MM, Sherman must play in every regular season game, be on the field for 90% of snaps, and earn Pro Bowl and All-Pro honors in each season. In other words, it’s unlikely that Sherman will actually see the full value of the deal. Still, Sherman is content with how things played out and intimated that he wanted the opportunity to face his old team twice per year.

The Giants have re-signed guard John Greco, according to a team announcement. Terms of the deal were not disclosed. 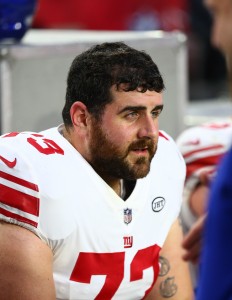 You can expect to see a fair amount of roster turnover under Dave Gettleman‘s watch, but Greco was apparently a player worth keeping for the new GM. Historically, Gettleman has placed importance on big linemen – he calls them “hog mollies” – and the 6’4″, 315-pound Greco fits the bill.

“Tom Coughlin made a great statement to me fairly early when he came in [as Giants coach]: big men allow you to compete,” Gettleman said in 2016 (via Greg Bedard of SI.com). “And the more you look at it, the more you watch film—I was a pro [personnel] guy for 15 years, all I did was watch film—and it’s true. If you’re not strong on either side of the line with the big guys, it’s going to bite you. It’s going to cost you. That was the one thing I knew we had to do.”

Greco, 33 in March, joined the Giants midway through the season and appeared in six games. For his career, Greco has 85 appearances and 66 starts to his credit over ten years with the Browns, Rams, and Giants. Greco’s 105 snaps were not enough to qualify for Pro Football Focus’ rankings, but his 77.6 grade would have placed him in the top 20 at his position.

Greco, at first glance, appears to be a depth signing for New Orleans, who already boast Larry Warford and Andrus Peat as its starting guards. Veteran right tackle Zach Strief will be sidelined for at least eight weeks after being placed on injured reserve earlier today, but Greco doesn’t play tackle, and first-round pick Ryan Ramczyk is expected to take over on the right side when left tackle Terron Armstead presumably returns to the field following the Saints’ Week 5 bye.

If Armstead doesn’t come back in the next few weeks (he’s recovering from a torn labrum), the Saints could hypothetically reshuffle their front five with Greco now in tow. Peat, the club’s left guard, also plays tackle, and could conceivably shift to right tackle to create space for Greco at guard. That’s entirely speculation, however, and all reports have indicated Armstead is progressing quickly.

Greco, 32, was released by the Browns earlier this year after injuries forced him to miss six total games from 2015-16. When he’s been healthy, however, Greco has been a solid starter, and he graded as the league’s No. 18 guard among 75 qualifiers last season, per Pro Football Focus. All told, Greco offers 111 games — and 70 starts — worth of experience.

Before signing with the Saints, Greco also auditioned for the Giants, Bills, and Lions. 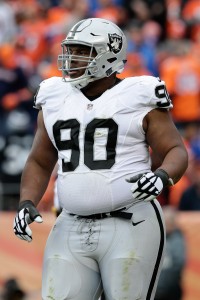