The Buccaneers have agreed to a new one-year deal with Kevin Minter. The linebacker was due to hit free agency next week, but he’ll instead stay with the defending champions. 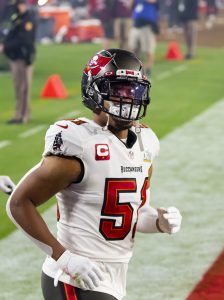 Minter joined the Bucs during the 2018 season, helping to replace Kwon Alexander and Jack Cichy after ACL tears. The deal reunited him with GM Jason Licht, who was in Arizona when Minter was drafted in 2013. Then, in January of 2019, old pal Bruce Arians signed on as head coach. Arians pushed to re-sign Minter, a move that paid off.

In 2020, Minter stepped up while former first-round pick Devin White was relegated to the COVID list. Between his steady support as a reserve and his quality work on special teams, the Buccaneers wouldn’t let Minter get away.

The Buccaneers will re-sign linebacker Kevin Minter, as Greg Auman of The Athletic tweets. Jenna Laine of ESPN.com reports that it’s a one-year deal for the seventh-year pro.

Minter joined the Bucs last October, and like fellow Tampa Bay signee Deone Bucannon, he will be reunited with head coach Bruce Arians. Minter played for Arians’ Cardinals from 2013-16 (Minter’s first four years in the league), and he had 175 total tackles during the 2015-16 seasons as a full-time starter.

Playing time has been more difficult to come by since then, but he may get a chance to fill the void left by Kwon Alexander, who agreed to sign with the 49ers.

Well, that didn’t take long. Moments after completing his Tuesday afternoon workout, the Buccaneers signed linebacker Kevin Minter, according to Greg Auman of The Athletic (on Twitter). Details of the deal are not yet known, but it’s likely a one-year deal for something at or near the prorated portion of the veteran’s minimum. 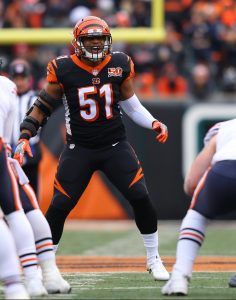 The Bucs had to make a move after losing two linebackers to ACL tears on Sunday. Minter now joins Adarius Taylor and Riley Bullough as middle linebacker options in the wake of catastrophic injuries to starter Kwon Alexander and backup Jack Cichy.

Minter offers experience as well as familiarity with the Bengals, who the Bucs will be facing on Sunday. Now with the Bucs, he’ll look to reprise his performance with the Cardinals rather than his disappointing year in Cincinnati.

The Bucs’ search for linebacker help has led them to Kevin Minter, as Greg Auman of The Athletic tweets. Minter will audition for the team on Tuesday, and a deal could soon follow. 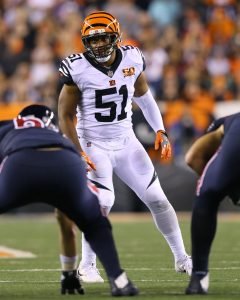 Bucs GM Jason Licht was in Arizona when Minter was drafted in 2013, so he’s familiar with what the veteran offers. Minter is still only 27 years old (28 in December) and had 81 tackles with 3.5 sacks for the Cardinals in 2016. Unfortunately, he was unable to offer a reprise of that performance last year with the Bengals. Minter played on fewer than 20% of the Bengals’ defensive snaps, seeing less action than sixth-round rookie Jordan Evans and barely playing ahead of undrafted free agent Hardy Nickerson. His season ended prematurely when a hamstring injury landed him on IR.

Minter was cut by the Jets in late August and did not land deals with the Giants or Texans despite working out for both teams in September. After losing ‘backers Kwon Alexander and Jack Cichy to IR, Minter may get an opportunity to play with the Bucs.