Free agent wide receiver Max McCaffrey is currently serving a 10-week suspension, according to Field Yates of ESPN. According to Yates, McCaffrey began serving the suspension in Week 8, thus, he has eight weeks remaining. McCaffrey was previously suspended by the league for four weeks to begin the 2018 season for an undisclosed reason as well. While there has been no reporting on the specific cause of the suspension, both suspension lengths are common for positive performance-enhancing drug tests. 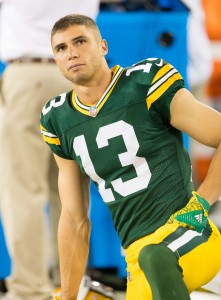 The Duke alumni is probably best known for his association with other NFL players. His younger brother is Panthers phenom Christian McCaffrey and their father, Ed McCaffrey, played wide receiver for 13 NFL seasons from 1991-2003. Max McCaffrey’s career has yet to have the success of his relatives and this suspension serves as another setback.

Since turning pro in 2016, McCaffrey has bounced between 53-man and practice squad rosters for a number of organizations. He has spent time with the Raiders, Packers, Saints, Jaguars, and 49ers, but has managed just one career reception for four yards.

Going forward, the suspension could be a somewhat moot point for McCaffrey. He was recently selected in the 8th round of the XFL Draft by the DC Defenders and could be poised to seek an opportunity with Vince McMahon‘s newest project. Regardless, NFL teams will have to look elsewhere for veteran depth at the wide receiver position. 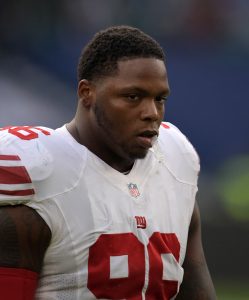 Wide receiver Max McCaffrey will miss the first four games of the season with a suspension, according to Ian Rapoport of NFL Network (Twitter link).

McCaffrey, the brother of Panthers running back Christian McCaffrey, was cut by the 49ers last week. The suspension explains “why he’s still free” Rapoport notes. Despite being only 24-years-old, McCaffrey has already reached journeyman status, spending time with six different teams during his brief time in the league.

McCaffrey signed with the Raiders as an undrafted free agent after finishing his college career at Duke, but was released before the start of the 2016 season. He then was signed by the Packers, spending time on both their practice squad and active roster. In 2017, he was with the Saints, Jaguars, and Packers again before the 49ers were impressed enough with him to sign him to a two-year deal off the Packers’ practice squad.

McCaffrey’s suspension very likely played a role in his release by San Francisco, as did a foot injury he’s still recovering from. It’s unclear what the suspension is for, although it seems likely it’s due to a substance abuse policy violation. He should latch on somewhere after his suspension is completed.

The 49ers are signing wide receiver Max McCaffrey off of the Packers’ practice squad, a source tells Tom Pelissero of NFL.com (on Twitter). The move allows Max to join one of his father’s former teams and, more importantly, give him a chance to see live NFL action once again.

McCaffrey has bounced around a bit in his young NFL career. He has dressed for only five contests so far, all of which came with the Jaguars earlier this year.

The 23-year-old is no longer waiting in the wings for a potential playoff team, but he’ll have an opportunity to show the 49ers and the rest of the league that he is worthy of a 53-man roster spot next fall.

In his final year at Duke, McCaffrey caught 52 passes for 643 yards and five touchdowns, all collegiate career highs.