The 49ers have signed cornerback Will Davis, according to a team announcement. To make room, the team has waived wide receiver Rashad Ross. 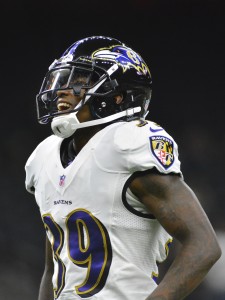 Davis has suffered two ACL tears over the course of his career. The first happened in 2014 as a member of the Dolphins and his second ACL tear went down in 2015, just weeks after the Ravens acquired him via trade. All in all, he has only 20 games to his credit over four seasons, thanks in part to the injury. We have not seen Davis on the field since November of last year when the Ravens cut him loose.

Ross originally signed with the Niners on a Reserve/Future back in January. He will be free to sign with any team unless he is claimed in the next 24 hours. 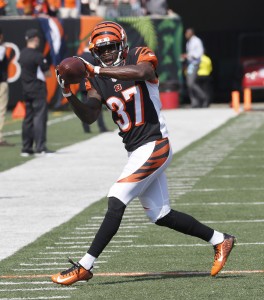 The Ravens, hit hard by injuries in recent weeks, have made some changes on the defensive side of the ball. The team announced today that has cut veteran outside linebacker Jason Babin, along with cornerback Rashaan Melvin, promoting cornerbacks Asa Jackson and Charles James to fill the open spots on the active roster (Twitter links).

Babin, signed by the Ravens following the season-ending injury to Terrell Suggs, was inactive for his first two games with Baltimore, and barely saw the field in his next two games, committing multiple penalties when he did play. Despite his 64.5 career sacks, the 35-year-old clearly wasn’t a big part of the Ravens’ plans going forward, so it makes sense that the team would part ways with him in order to re-stock a depleted secondary.

Melvin has also been frequently inactive for the Ravens in the first few weeks of the season, so the team decided to give the two defensive backs on its practice squad a chance to earn playing time on the 53-man roster, with Jackson and James receiving promotions.

Jackson, 25, filled in last season for the Ravens when multiple cornerbacks went down with injuries, starting six games and recording 28 tackles. James, meanwhile, has seen most of his limited regular season action on special teams. He was cut by the Texans prior to the season.

Ravens’ Will Davis Tears ACL, Out For Year

Just three weeks after he was traded from the Dolphins to the Ravens, cornerback Will Davis has seen his 2015 season come to an early end. According to Ian Rapoport of NFL.com (via Twitter), Davis has suffered a torn ACL, an injury that figures to land him on Baltimore’s IR list.

Davis, a 2013 third-round pick, also tore his ACL last November, prematurely ending his 2014 campaign. While he made an impressive recovery from that injury, Davis didn’t have a real role in Miami, leading to the trade that sent him to Baltimore last month. The 25-year-old had been impressive in the early going for the Ravens, so his season-ending injury figures to be a significant blow to the team’s secondary.

Cornerback Lardarius Webb also sustained an injury during yesterday’s loss to the Browns, and while his thigh issue doesn’t appear to be as serious as Davis’ ACL tear, the injuries are starting to pile up for Baltimore. It’s the second consecutive season that the Ravens’ secondary has had a hard time staying healthy.