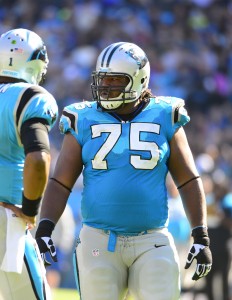 1:13pm: The Panthers have made two more roster moves today, re-signing one offensive lineman and cutting another. According to a pair of team releases, Carolina has let go of Nate Chandler and re-signed Chris Scott.

As for Scott, he has seen the occasional start for the Panthers in recent years, but primarily acts as a depth piece on the offensive line and a contributor on special teams. He inked a one-year deal to remain in Carolina.

11:03am: The Panthers have made their second defensive line cut of the day, announcing in a press release that they’ve parted ways with veteran defensive tackle Dwan Edwards. Earlier this morning, the club released defensive end Charles Johnson. 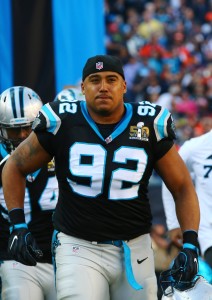 Edwards, who will turn 35 in May, joined the Panthers in 2012, and started 14 games for the team, recording 52 tackles and a career-high six sacks. Since then, the former second-round pick has transitioned to more of a situational role, starting just three games in the last three seasons.

In 2015, Edwards recorded 13 tackles and a sack in 445 defensive snaps, with Pro Football Focus ranking him 113th out of 123 qualified interior defensive linemen. In his preview of the Panthers’ offseason, PFR’s Dallas Robinson suggested Edwards could be on the chopping block if the team wanted to get a little younger on its D-line.

By releasing Edwards, the Panthers trim his cap hit from $2.1MM to $500K in dead money, creating $1.6MM in savings. Taking into account Johnson’s release and Jared Allen‘s retirement, Carolina has now saved more than $20MM in 2016 cap room as the team’s defensive line undergoes an overhaul.