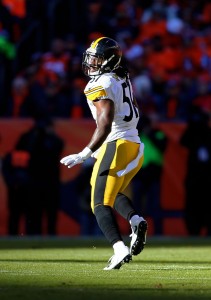 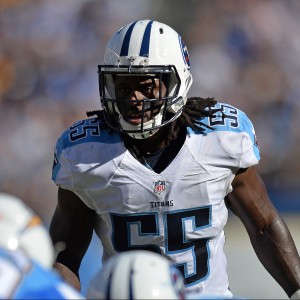 Spence signed with the Colts as an unrestricted free agent in March but missed the initial cut down to 53. Less than two weeks later, he’s back with the team. The Colts already paid out Spence’s $750K guarantee, but his new deal likely has no guarantees, making him a week-to-week player. Spence also auditioned for the 49ers earlier this week before circling back to the Colts.

Last year, Spence played in 15 games (six starts) for the Titans and set career highs with 77 tackles, four tackles for loss, three sacks, three passes defensed, and one forced fumble. He finished third on the team in tackles.

Last year, the Colts ranked 32nd in DVOA against the run in 2016 and placed 31st in DVOA against opposing tight ends. With some improved depth at linebacker, they’re hoping to turn that around.

As linebacker Reuben Foster deals with an ankle injury, the 49ers are looking into some outside help. San Francisco auditioned linebackers Sean Spence and Donald Butler on Tuesday, according to ESPN.com’s Field Yates (on Twitter).

Spence spent last season with the Titans and recorded 50 tackles with three sacks in 15 appearances (six starts). He hooked on with the rival Colts in March, but Indianapolis decided to eat the $750K guaranteed in his deal rather than keep him on the 53-man roster. Spence might not be starting material, but he could be a worthwhile reserve for SF until Foster gets back on the field.

Butler, a former third-round pick, spent his entire six-year career with the Chargers before being released by the team in March of 2016. He joined up with the Dolphins in September of last year and saw time in 14 games, including five starts. His 28 total tackles marked a career low and it was his first season without at least half a sack.

Spence already joined one linebacker-needy team — the Colts — earlier this year, inking a one-year deal that included $750K in guaranteed. That wasn’t enough to keep the 27-year-old Spence on Indianapolis’ roster, however, as he was released during final cutdowns. A four-year NFL veteran, Spence spent the 2016 campaign in Tennessee, where he posted 50 tackle and three sacks in 15 appearances (six starts).

The Saints are expected to three newcomers at linebacker in their base package: free agent signings A.J. Klein and Manti Te’o, plus third-round rookie Alex Anzalone. While the club has depth behind that trio in the form of Craig Robertson, Stephone Anthony, and Nathan Stupar, Anthony could conceivably be dropped at any time. The former first-round selection wasn’t considered a roster lock as of last month, and while he did end up making the squad, Anthony could theoretically be traded or cut in the future.

In addition to Spence, New Orleans is also taking a look at cornerback D’Joun Smith and offensive lineman Michael Person, according to Mike Garafolo of NFL.com (Twitter link) and Aaron Wilson of the Houston Chronicle (Twitter link).

Spenece, 27, was one of many Indianapolis additions on the defensive side of the ball, and looked to be a good bet for a roster spot based on salary, versatility, and experience. Spence agreed to a one-year pact with $750K guaranteed, a total that the Colts will now be forced to eat. Able to play both inside and outside linebacker, Spence looked like a viable starting option for Indy, but he’s fallen down a depth chart that also includes John Simon, Jabaal Sheard, Antonio Morrison, and Jon Bostic.

Spence wasn’t a full-time starter for the Titans last year, but did play on nearly 50% of the club’s snaps, managing 50 tackles and three sacks. He boasts 46 career appearances, with 19 total starts.