As the Jets attempt to conjure up a competitive team while fighting tanking perceptions, young players will emerge as key cogs. One such performer, in the eyes of the New York Post’s Brian Costello, will be cornerback Juston Burris. After being used intermittently last season, the 2016 fourth-rounder looks to be a threat for a much bigger role this year. Costello notes Burris has already passed Marcus Williams on the depth chart, despite the latter being given a second-round tender in March. The reporter is betting Burris will start alongside Morris Claiborne, with Buster Skrine in the slot, instead of Williams functioning alongside the former Cowboy. That would be interesting given Williams’ experience advantage, but Burris developing to this level would give Gang Green some depth at corner they lacked last season after Darrelle Revis‘ play tailed off considerably.

Here’s the latest coming out of the AFC East. 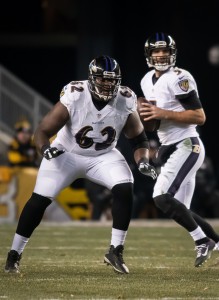 Ducasse, a former second-round pick, has bounced around for most of his career, spending time with the Jets, Vikings, and Bears before joining the Ravens last year. Signed as a depth option, Ducasse ended up starting eight games in Baltimore, grading as the league’s No. 59 guard, per Pro Football Focus. All told, the 29-year-old Ducasse has appeared in 88 career games, including 30 starts.

In Buffalo, Ducasse will become a clear-cut backup, as the Bills already boast two above-average guards in Richie Incognito and John Miller, each of whom played more than 1,000 snaps last season. Still, Buffalo can’t have too much offensive line depth as it attempts to recreate its No. 1 DVOA-rated rushing offense. Plus, Ducasse will reunite former Ravens offensive line coach Juan Castillo, who now holds the same role with the Bills.

The Ravens announced that they are placing cornerback Sheldon Price on injured reserve. To fill his spot on the roster, the Ravens re-signed guard Vlad Ducasse. 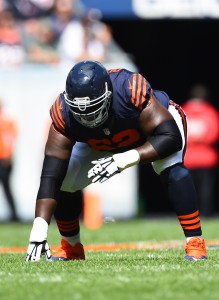 Price’s season is likely over thanks to a severe thigh injury. The cornerback started for Baltimore on Sunday as Shareece Wright was sidelined, but he was forced to exit in the first quarter. The Redskins went on to win 16-10.

Ducasse, 28, made 78 appearances and 22 starts with three teams from 2010-15. Ducasse, whom the Jets chose in the second round of the 2010 draft, started a career-high 11 games as a member of the Bears last season. The Jets drafted Ducasse based on his raw potential, but he was never able to put it all together in New York. After being cut by the Ravens late in the offseason, Ducasse auditioned for the Lions, but didn’t get a call back. Now, he’s circling back to Baltimore.

The most experienced of the four is the 28-year-old Ducasse, who combined for 78 appearances and 22 starts with three teams from 2010-15. Ducasse, whom the Jets chose in the second round of the 2010 draft, started a career-high 11 games as a member of the Bears last season.

Chekwa spent the first four years of his career with the Raiders, who grabbed him in the fourth round of the 2011 draft. The 28-year-old logged 32 appearances and four starts along the way, though he was out of action in 2015 after the Dolphins cut him from their injured reserve last September. Miami brought back Chekwa to compete for a roster spot over the summer, but he didn’t make it through their final cuts.

Both LeRibeus and Smith are recent third-rounders. LeRibeus went to Washington in 2012, and after accruing little playing time in his first few seasons, he piled up personal bests in appearances (16) and starts (11) last year. The Colts selected Smith a year ago, but he spent time on IR-DTR and only played in four games. Indianapolis then waived the 23-year-old this summer, and he worked out for the Saints on Thursday.