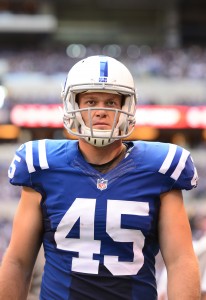 Let’s go coast-to-coast for some news from around the NFL: