Derrick Johnson is optimistic he’ll be ready to suit up for Chiefs training camp in July, Terez Paylor of the Kansas City Star reports. The former All-Pro is coming off his second torn Achilles’ tendon in three years and will turn 35 this year. Still, the inside linebacker’s return revitalized the 2015 Kansas City defense, and the Chiefs missed his presence against the Steelers after he went down in December. Johnson plans to play out the final two years of the three-year, $21MM deal he signed last year.

“I’m trying to win the Super Bowl, so my obligation is two more years and I want to do everything I can to make an impact to help [Chiefs chairman] Clark Hunt and the people that brought me here to win a Super Bowl,” Johnson said, via Paylor. “I’m not that guy trying to hold on. I really want to make an impact. If I see I’m hurting the team, that’s when I’ll have to think like ‘OK, that’s it.”

The Chiefs held out several starters in their previous training camp, so Johnson surmounting a second Achilles malady to suit up by July could be pushing it.

Let’s take a look at the latest from around the league on Super Bowl eve.

One of the most colorful personalities in the game is calling it quits. Punter Pat McAfee announced early Thursday morning that he is walking away from the sport after eight years in the NFL. 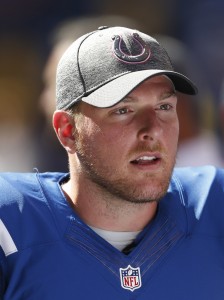 In a lengthy farewell letter posted to Twitter, McAfee said that he spoke with Colts owner Jim Irsay at length about his future this week and although Irsay wanted him to continue playing, he is supportive of his decision. The charismatic punter says he will now join Barstool Sports full-time as a personality while continuing to live in Indianapolis.

From a talent standpoint, McAfee feels that he could have continued punting for “a few more years,” but he wasn’t sure if he could continue to boot balls at a high level with his attention split between different interests. McAfee, 29, leaves the game with two Pro Bowl selections and a highlight reel full of memorable celebrations, including his Conor McGregor strut. We wish McAfee the best in retirement.

The NFL announced the 2017 Pro Bowl rosters earlier tonight, and aside from determining which players will spend a week in Orlando early next year, the rosters also dictate several important bonuses and/or contract escalators for individual players. Former NFL agent and current CBSSports.com contributor Joel Corry has rounded up the notable incentives earned tonight, and we’ll pass those along below. As Corry notes (Twitter links), only first ballot Pro Bowlers who actually participate in the game (unless injured or playing in the Super Bowl) can earn bonuses, which are typically paid out by the end of March.

Colts punter Pat McAfee underwent offseason surgery on his non-kicking knee, as he explained to WFNI-AM this week. “I had surgery like six weeks ago, seven weeks ago on my left knee to clean it up,” McAfee said. “The first couple weeks of rehab were a little tough, but I’m on the back end of it right now.” McAfee, who has been named a first-team All Pro in each of the last two season, expects to be fully healthy by the time training camp rolls around.

The NFL announced its Pro Bowl rosters on Tuesday night, a collection of 42 offensive players, 36 defenders, and eight special teams players. The list features the usual suspects such as Tom Brady, Peyton Manning, and Aaron Rodgers, as well as new faces like Le’Veon Bell, T.Y. Hilton, and Chris Harris, and can be viewed in full right here (PDF link).

Among the 86 players initially selected to appear in the game, several have signed new contracts in 2014, many more will be eligible for new deals in 2015, and others will receive a bump in pay based on their Pro Bowl nods. Here’s a breakdown of the Pro Bowl players with notable contract situations:

(via Jason Fitzgerald of Over The Cap)

Perhaps the most interesting – or at least unusual – takeaway from this data is the abundance of cornerbacks on the first list. In fact, all eight cornerbacks initially named as Pro Bowlers (Davis, Grimes, Haden, Harris, Peterson, Revis, Sherman, and Talib) have signed new contracts, either extensions or free agent deals, since March. Rival teams hoping to get their hands on a Pro Bowl corner this offseason will have to focus on Revis — he’s the only one of the eight who can reasonably be expected to become available within the next few months, due to the structure of his contract with the Pats.

Data from Over the Cap was used in the creation of this post.

The Jaguars drafted receivers Marqise Lee and Allen Robinson to complement Cecil Shorts, but it was the unheralded Allen Hurns who made waves at minicamp, writes Mike Sando for ESPN Insider (subscription required). Hurns, who went undrafted out of Miami, saw quite a few snaps during practice sessions and made the most of them, even earning praise from quarterback Chad Henne. By signing with Jacksonville, Hurns reunites with offensive coordinator Jedd Fisch, who served in the same capacity with the Hurricanes from from 2011-2012.

9:21am: McAfee’s five-year deal will be worth $14MM, with $5MM in guaranteed money, reports Alex Marvez of FOX Sports (Twitter link).

8:52am: Pat McAfee will continue booming punts downfield in Indianapolis in 2014 and beyond. The veteran punter announced today on NFL Network that he and the Colts have agreed to terms on a new five-year contract that will keep him off the free agent market (Twitter link).

McAfee, who has been the Colts’ full-time punter since the team selected him in the seventh round of the 2009 draft, averaged 46.0 yards per punt in 76 attempts last season, while also handling kickoffs for the team. According to Pro Football Focus’ metrics (subscription required), only Shane Lechler of the Raiders and Johnny Hekker of the Rams ranked ahead of McAfee among punters in 2013. Outside of a down year in 2010, McAfee has placed among the top eight punters every year since his rookie season, according to PFF.

With McAfee locked up, the Colts will also have to address the other half of their kicking team, as Adam Vinatieri is headed for unrestricted free agency. The NFL’s leading active scorer said in January that he isn’t considering retiring and would “love” to re-sign in Indianapolis.