After suffering a non-contact injury early in the Lions’ game yesterday, it was understood that safety Tracy Walker was facing a serious diagnosis. Today, it is believed that the veteran suffered a torn Achilles, which would end his season (Twitter link via Ian Rapoport of NFL Network). Walker has since confirmed that he did indeed tear his Achilles and will be out for the remainder of the campaign. 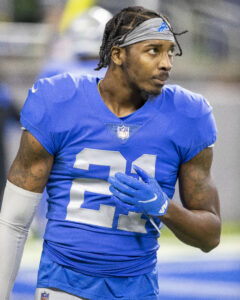 “We don’t know entirely,” head coach Dan Campbell said after the game, via the Detroit Free Press’ Dave Birkett. “We’ll know more in the morning. It doesn’t look real good. Obviously, it’s the ankle area, possibly could be the Achilles.” Confirmation of the worst-case scenario is likely to deal a major blow to the Lions.

Walker, 27, emerged as a starter in his second season with the team in 2019. That marked the first of two campaigns in which he has eclipsed the 100-tackle mark, and saw him register a career-high eight pass deflections. He had another productive season in 2021, which earned him a three-year, $25MM deal in March.

The former third-rounder led the team in tackles entering Week 3 with 18, and his absence would be felt throughout the Lions’ secondary. Cornerback Jeff Okudah has returned to form after suffering an Achilles tear of his own during last year’s season opener. Now, Detroit will once again move forward with a key starter unavailable for the remainder of the campaign.

Juju Hughes filled in for Walker after the injury. The former UDFA spent the past two seasons with the Rams, making 19 appearances but primarily playing on special teams. He could see extended action on defense for the first time in his career, assuming it is confirmed that Walker will be sidelined until 2023. The Lions could also turn to third-round rookie Kerby Joseph as a fill-in option.

The Lions have agreed to a brand new deal with safety Tracy Walker. The veteran will return on a three-year, $25MM contract with $17MM guaranteed, according to a source who spoke with Adam Schefter of ESPN.com (Twitter link).

Walker, a third-round pick in 2018, was pegged by many draft analysts as a late-round selection. However, the Lions saw something in him and they weren’t willing to let him get away. Now, they know that they made the right choice, especially since the Panthers were ready to pounce at No. 85 overall.

Walker, 27, started in all 15 of his games this year, notching 108 tackles, one sack, one interception, and six passes defensed. Heading into free agency, Pro Football Focus estimated that the safety could notch a two-year, $13MM deal. That’s more or less what he has here, in terms of annual average value, though the Lions went a touch higher at $8MM+ per annum and added an extra year. The details of the deal will be telling — it’s possible that Walker has little in the way of guarantees for that third season.

While Walker could have generated interest on the open market, he was not as valued as other safeties in this year’s class. This year’s group featured Saints standout Marcus Williams (Saints), Chiefs veteran Tyrann Mathieu, and promising Jets safety Marcus Maye.

The Patriots and 49ers strengthened their aerial groups Tuesday, and the Saints are exploring the idea of doing the same. New Orleans is pursuing pass catchers, according to CBS Sports’ Jason La Canfora (on Twitter). The Saints made a late-season addition of Dez Bryant last year but saw the longtime Cowboy go down before playing in a 2018 game. This Saints iteration has surprised many by going 5-0 with Teddy Bridgewater at the controls, firmly placing the team in the contention picture. This offense has long funneled through Michael Thomas, with a steep drop existing between New Orleans’ No. 1 target and its other receiving targets. A.J. Green could be available, but the Bengals wideout may not be healthy by the deadline. Robby Anderson could also be a trade candidate, as could Demaryius Thomas (again).

Here is the latest from the trade market. Seven days remain until this year’s deadline.

The Lions announced that they’ve signed third-round safety Tracy Walker, and in doing so have now inked their entire 2018 draft class. 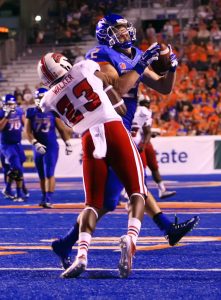 It’s not clear exactly how quickly Walker will see the field in Detroit’s starting lineup, as the Lions already have Glover Quin and Tavon Wilson in place as starters at safety. Quandre Diggs, meanwhile, is capable of playing both nickel corner and safety, further pushing Walker down the depth chart.

Many draft analysts had Walker pegged as a late-round selection, but the Lions weren’t the only club that was targeting the Louisiana product on Day 3. Following the draft, Adam Schefter of ESPN.com reported the Panthers were prepared to take Walker at pick No. 85 before Detroit scooped him up three slots earlier.

Walker’s four-year rookie pact will be worth roughly $3.3MM and comes with an $847K signing bonus, per Over the Cap. During his rookie campaign, Walker will count for just $691K on the Lions’ salary cap.

Given that the Packers could save nearly $5MM by releasing RT Bryan Bulaga, and given Bulaga’s recent injury history, there was some chatter that Green Bay could part ways with the ninth-year pro (especially since Bulaga is not even guaranteed to be ready for the start of the 2018 season after tearing his ACL on November 6). But we recently heard that Bulaga remains in the team’s 2018 plans, and head coach Mike McCarthy said Bulaga’s rehab is ahead of schedule (per Rob Demovsky of ESPN.com). Therefore, it certainly sounds as if Bulaga will be back for the fourth year of the five-year pact he signed prior to the 2015 season.