The Raiders’ 2021-22 NFL season hasn’t yet come to an end, but, according to the rumors circulating in the NFL, Raiders’ owner Mark Davis is already locked-in on his preferred replacement hire for head coach. Davis hasn’t conducted an official search, but Mike Florio of NBC Sports confirms what most of the league is thinking: that Davis already knows who he wants.

As of right now, the hot gossip around the league is pointing to Davis pursuing current University of Michigan head coach Jim Harbaugh. Harbaugh, of course, had a previous stint in the NFL, coaching the 49ers for four seasons. Harbaugh’s record as an NFL head coach stands at 44-19-1. Harbaugh went to the NFC Championship game in all of his first three seasons and even made it to the Super Bowl in his second year, only to lose to his older brother and the Ravens. Harbaugh’s fourth year saw the 49ers go 8-8 and resulted in the end of his contract.

Since his departure from the NFL, Harbaugh has been one of college football’s more eccentric coaches, leading the Wolverines to a 61-24 record since 2015 and helping Michigan to their first Big Ten Championship since 2004. The upside of Harbaugh is apparent as he has shown the ability to win at both levels.

Current interim head coach of the Raiders, Rich Bisaccia, may have something to say about that, though. Bisaccia took over after Jon Gruden’s noisy departure and has kept the ship upright, going 6-5 and keeping the Raiders alive in the playoff hunt. Things could get interesting if the team rallies under Bisaccia to make some noise in the playoffs.

According to Vic Tafur of The Athletic, Davis, who also owns the Las Vegas Aces, made a splashy hire for their head coaching position, pulling Becky Hammon away from the San Antonio Spurs. What’s interesting is that he told Bill Laimbeer, the incumbent head coach of the Aces from the previous season, that, if Hammon declined to take the position, Laimbeer would be retained. A similar offer could be in the cards for Harbaugh and Bisaccia.

The unfortunate part of this situation is that, when owners make up their mind like this before a search can be conducted, it makes a mockery of the league’s Rooney Rule. Davis will surely make sure his franchise complies with the rule, inviting ethnic-minority candidates in to interview, but interviews haven’t even begun to be planned, and the outcome already seems like a foregone conclusion.

Regardless, all signs are pointing to Jim Harbaugh becoming the next head coach of the Las Vegas Raiders with his main competition being the current interim head coach. Bisaccia looks to to make Davis’s decision a little more difficult tonight with a win against the Chargers.

Coming out of the owners meetings this week, the NFL made another change to the Rooney Rule. Teams must now interview at least two external minority candidates for general manager positions and coordinator jobs, the league announced.

In 2009, the rule designed to increase minority hiring expanded to GMs, stipulating clubs must interview at least one minority candidate for those high-profile roles. Last year, the league implemented a firm policy expanding the Rooney Rule to coordinator positions. This week’s change will double those previous meeting mandates.

The NFL moved from two minority offensive coordinators in 2020 to five this year, with the Lions (Anthony Lynn), Colts (Marcus Brady) and Dolphins (Eric Studesville) making such hires. Three teams with GM vacancies — the Falcons, Lions and Washington — also hired minority candidates for those posts (Terry Fontenot, Brad Holmes, Martin Mayhew), moving the NFL from two to five in these positions as well.

“We have to do more because we clearly haven’t gotten to a place where we have to have more opportunity for a lot of these great [coaches]. The pipeline is great. The pipeline of coaching talent is great. The pipeline of minority coaching talent is great,” Jonathan Beane, NFL Chief Diversity and Inclusion Officer said, via CBS Sports’ Jonathan Jones. “But still the opportunity to interview for these roles is still not where we want it to be and certainly not for hires.”

Additionally, the NFL informed teams virtual interviews with head coaching candidates may be conducted during the final two weeks of the regular season. While the league introduced this option last season, it only notified teams this was permitted a day before that window opened. This year’s virtual interview window will open Dec. 27 and only applies to teams with in-season HC vacancies.

Last month, the NFL weighed a handful of amendments to the Rooney Rule that would incentivize teams to hire coaches and leading executives of color. However, the proposal ultimately did not make it to a vote. In an interview with Shlomo Sprung of Forbes, NFL executive VP of Football Operations Troy Vincent indicated that the system will be revamped, but in a different fashion.

“By no stretch of the imagination was there any thought about degrading, using individuals as bribes, pawns,” Vincent said. “Coach [Tony] Dungy said it right, we should not be rewarding people or have a system that rewards people for doing the right thing. But we do believe there’s merit in rewarding people for identifying and developing minority coaching talent.”

Ultimately, league owners didn’t put that pitch to a vote, but it seems likely that the league will adjust the Rooney Rule – perhaps with a compensatory pick for losing a hired minority employee to another team. Vincent says it’s a “broken” system, one that was designed to increase the hiring and advancement of minority leaders, but has resulted in only four minority head coaches in the NFL.

On Tuesday, the NFL proposed incentives to further the mission of the Rooney Rule and increase the league’s number of minority coaches and lead executives. That resolution has been tabled for the time being, according to NFL.com’s Jim Trotter (on Twitter). 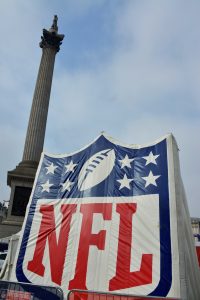 Reaction to the draft-related proposal was mostly negative, so it is not exactly surprising to see it stalled. But the league did make some key changes this week, implementations that add to teams’ hiring processes — which have received criticism in recent years. Of the past 20 head coaching vacancies, minorities filled only three. The changes will force teams to meet with more people of color.

Teams must interview multiple external minority HC candidates and expanding the Rooney Rule to the coordinator level. Clubs must also interview at least one minority candidate for all coordinator positions. These changes did not require a vote and will take effect immediately. But the more controversial changes involving draft positions, which first surfaced last week, will be pushed back.

The NFL will consider significant changes to the Rooney Rule, as Jim Trotter of NFL.com writes. On Tuesday, the league will present two resolutions in hopes of further leveling the playing field for minority coaches and GMs.

The first proposal would nix the league’s anti-tampering measure that allows teams to prevent assistant coaches from interviewing for other coordinator positions. Between the end of the regular season and March 1, teams would not have any right to block an interview. An offensive or defensive coordinator job is a stepping stone to becoming a head coach, so the NFL’s hope is that this would lead to more minority HCs around the league.

The other proposal would give “improved draft slots” to teams that hire minority HCs or “primary football executives,” Trotter hears. This, too, would be a major revamp to the Rooney Rule. As currently constructed, the Rooney Rule penalizes teams who do not interview minority candidates for their key positions. If ratified, this would incentivize teams to hire minority head coaches with a six-spot jump from their slotted third-round pick. Meanwhile, a team hiring a minority GM would move up ten spots. A team that does both would move up 16 spots in the third, potentially allowing an early third-round pick to turn into a mid-second-rounder.

Furthermore, a team’s fourth-round pick would climb up five spots if that coach or GM reaches Year 3. As Trotter notes, Steve Wilks was fired by the Cardinals after one year and Vance Joseph was fired after two years. They represent two of the four African-American head coaches hired in the last three years. Meanwhile, the league has just two GMs of color out of a possible 32.

The proposed rule changes could be beneficial for Chiefs offensive coordinator Eric Bieniemy, Bucs offensive coordinator Byron Leftwich, and many more minority coaches across the pro and collegiate ranks. The Rooney Rule has been in place since 2003, but Steelers owner Art Rooney II has been dissatisfied with the “10 or 12 minority coaches” hired in the last ~17 years.

In addition to the aforementioned proposals, the league will also pitch the following on Tuesday, per Trotter:

“I think where we are right now, is not where we want to be, not where we need to be,” Rooney said earlier this year. “We need to take a step back and look at what’s happening with our hiring processes.”

After Tuesday’s meeting, the hiring process could change dramatically. Teams frequently prevent their best assistants and executives from pursuing outside opportunities; presumably, coaches and front office personnel of all backgrounds would be permitted to seek outside opportunities during the January–March 1 window.